One year after Beirut’s port blast, the government has not named an official cause 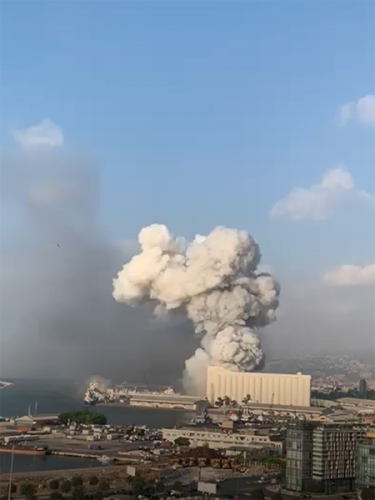 The Beirut, Lebanon port blast has been called the largest non-nuclear explosion ever recorded. (Photo provided to Rev. Elmarie Parker)

LOUISVILLE — On August 4, the people of Lebanon observed a National Day of Mourning to mark the anniversary of the port explosion in Beirut that has been called the biggest non-nuclear explosion ever recorded, killing more than 200 people, injuring 7,000 and causing an estimated $4.6 billion in damage.

The impacts of that day also shattered an already fragile economy and pushed more than half of the population below the poverty line.

“Every day is bringing a new calamity to families here,” said the Rev. Elmarie Parker, who has served as a mission co-worker in Lebanon with her husband, the Rev. Scott Parker, since 2013. “Today fuel subsidies were completely eliminated. Now, one tank of gasoline will cost my neighbor, who is a teacher in one of the Synod’s schools, 1/5th of her monthly salary. Her middle-class salary, paid in Lebanese Lyra, is now worth only $70 because of the Lyra’s devaluation. From this same salary, she still needs to buy food for her family, pay her rent, pay the ever-increasing bill for the generator, pay the electricity bill, pay for phone data, and cover any other expenses that may arise. Families who were middle-class before October 2019 are now poor; families who were poor before October 2019 are now destitute.”

The Lebanon Daily Star reports that in Tripoli, the nation’s second largest city, people line up at charity kitchens, “some equipped with cut-off shampoo bottles to carry their food because they can’t afford regular containers.” 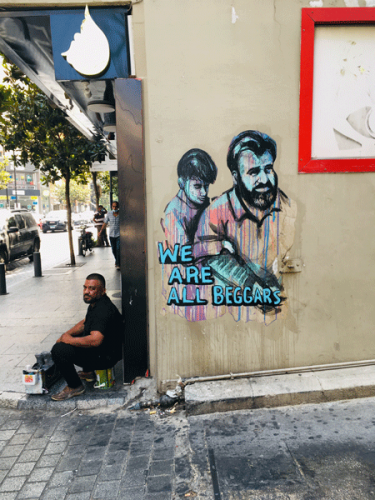 Chalk art in Beirut reflects people’s frustration over the collapse of the economy following last August’s explosion in the Beirut port. (Photo by Scott Parker)

Basic food items like rice and milk cost more than 10 times what they did in 2019. The cost of basic medicines, including insulin, aspirin and penicillin, has increased more than five times in the same time period. The World Bank says that Lebanon’s economic collapse is “likely to rank among the world’s worst financial crisis episodes since the mid-19th century.”

Although there was suspicion that the cause of the blast was nearly 2,800 metric tons of explosive ammonium nitrate that was stored at a warehouse in the city’s port, the Lebanese government has never offered an explanation for the blast or held anyone accountable for its cause.

On the day of mourning, thousands took to the street demanding answers.

Parliament has granted immunity to those members who have been called into the investigation. Lebanon has been without a fully functioning government since August 2020 when Prime Minister Hassan Diab’s entire cabinet resigned in the wake of the explosion.

However, a 127-page Human Rights Watch Report says that senior Lebanese officials knew about the potential for the blast but “systemic problems” in Lebanon’s legal and political system have allowed them to avoid accountability. 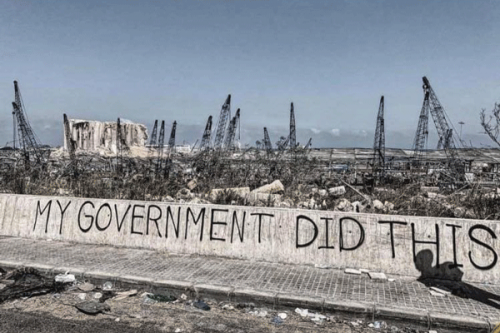 A report by Human Rights Watch indicates the Lebanese government knew about the potential for a blast to occur at the Beirut port. (Photo by Scott Parker)

The report said, “Further, official documentation strongly suggests that some government officials foresaw and tacitly accepted the risks of death posed by the ammonium nitrate’s presence in the port. Under domestic law, this could amount to the crime of homicide with probable intent, and/or unintentional homicide. Under international human rights law, a state’s failure to act to prevent foreseeable risks to life violates the right to life.”

The report calls for the U.N. Human Rights Council to mandate an investigation.

Some help is on the way. The Biden administration announced an additional $98 million in humanitarian assistance. A donor’s conference hosted by France raised $370 million.

World Mission’s Middle East/Europe area office has financially collaborated with the Synod’s education programs for children refugeed in Lebanon, with the Synod’s food security efforts since the Beirut Port Blast and with supporting the Synod in its efforts to keep open its schools by providing scholarships for students whose parents’ incomes have diminished over the past two years.  Other World Mission funds have supported the Synod’s camps and conference ministries, medical dispensaries in Lebanon, the medical center in Aleppo, the “Space for Hope” program in Homs, Syria, and the Middle East Council of Churches’ Strong Kids Program.

“We support our sibling denomination on multiple efforts to sustain our partners during this protracted and complex crisis,” said the Rev. Dr. Laurie Kraus, director of PDA, “including emergency support following the Beirut port blast, engagement with the refugee schools programs, emergency support for families, a children’s hospital in Aleppo, and COVID interventions. PDA is also working closely with our ACT Alliance partner in Lebanon, the Middle East Council of Churches, on a range of interventions in both Lebanon and Syria aimed at developing and supporting microenterprise among communities that have been particularly hard-hit by these cascading series of catastrophic events.” 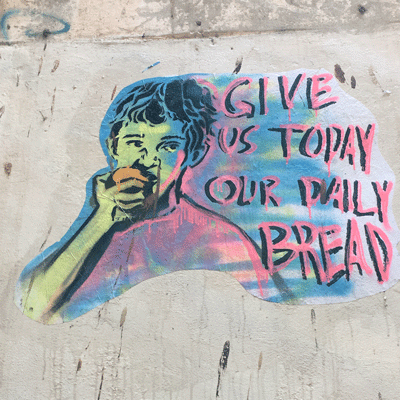 At present, food insecurity is the most pressing problem in Beirut. (Photo by Scott Parker)

Parker said right now food insecurity is the highest priority in the region.

“Our partners are responding to this need as institutions and also through individual initiatives,” said Parker. “Additional priorities include medical assistance, cash assistance for rent, power, and fuel costs, and support for schools and pastors.”

For more specifics, Parker can be contacted at Elmarie.Parker@pcusa.org.

“There are no words to fully express the pain, frustration, sense of abandonment, injustice, and despair that envelop the communities of people living here,” said Parker. “It’s knowing they are not alone in this time of chaos and unknown that fuels their resilience — even as they live with daily questions over what the future may hold for them and their country.”