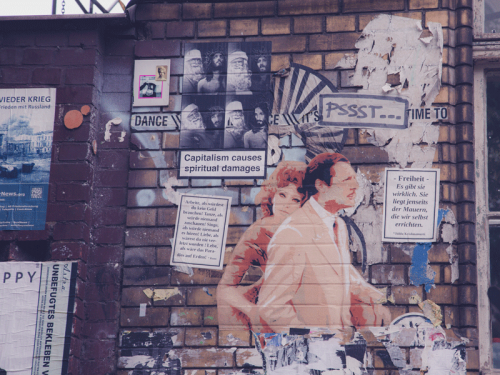 I looked at my Amazon orders last week to gauge the depth of my complicity with economic injustice: 90 orders since January 2020. Do I struggle with this? Yes. Has that struggle led me to disentangle myself from the economic system that allows me to have what I want when I want it, and the cheapest price? No. I do always choose Amazon day — meaning that I choose to wait longer and group my orders to minimize the impact my comfort has on the workers, drivers and the planet. Do I struggle with this? Yes. How about you? Where are you complicit? Is it Walmart? Target? Whole Foods? Dollar Tree?

Among the seven industrialized democracies of the world — the so-called G7 — the United States distinguishes itself by having the highest level of income inequality. Top-earning households in the U.S. have steadily gained more of the nation’s total income, and lower-income households are earning a decreasing share. Incomes among the upper class have grown much faster than incomes among the middle class. After the Great Recessions, most households saw a reduction in wealth, except the wealthiest families. Racial disparities persist in income between Black and white households. According to the Pew Research Center, Americans recognize inequality as a problem, but high earners are the most likely to say that we have the “right amount of income inequality” in our nation. Why is it so easy to become invested in the forces that create, legitimize and perpetuate the economic vulnerability of millions; to become adjusted to the idea that systemic economic injustice and the poverty it generates cannot be solved? Why are we so practiced at “accepting” the inevitability of economic injustice and its costs to our nation, the nations of others and the Earth?

When I attempt to answer these questions, my first layer of responses is all about powerlessness and comfort. “There is nothing I can do.” “The systemic issues are too big.” “I do not have time.” “Amazon has the cheapest prices and often they are the only source for what I need.” As I dig deeper, I am pushed to confront my isolation from the poor; an isolation facilitated by my class, educational, professional, legal, citizenship, cisgender, linguistic and ability statuses. As I pushed myself to dig deeper still, I come face to face with a multigenerational virus, living at the core of my spirit. This virus creates in me insatiability and leads me to conclude that my needs — satiating my hunger — matter above everyone else’s. 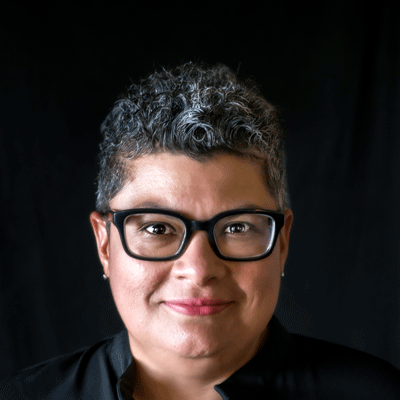 In “Braiding Sweetgrass,” Potawatomi environmental biologist Robin Wall Kimmerer introduces readers to the Windigo, the legendary monster of the Anishinaabe people. The word Windigo, Kimmerer writes, “can be derived from roots meaning ‘fat excess’ or ‘thinking only of oneself.’” Citing writer Steve Pitt, Kimmerer describes the Windigo as “a human whose selfishness has overpowered their self-control to the point that satisfaction is no longer possible.” A bite of the Windigo transmits its insatiability virus and with it a closed imagination, a lack of will to share resources, a lack of desire for resource redistribution, apathy and deep selfishness.

Systemic poverty — the economic exploitation of people who are poor through laws, policies, practices and systems that perpetuate their impoverished status — exists because so many of us fail to recognize the Windigo within. Systemic poverty requires that we participate in and support policies that suppress wages, prevent labor unions, maintain racial injustice, suppress the right to vote for people of color, prevent the adoption of paid family leave and universal health care, feed the military machinery of the United States, allow the dismantling of environmental protections and so on. When invited to seek solutions with others, we resist engaging in systemic analysis practices as these might reveal our investment in the machinery of injustice. We resist asking questions that might shine a light on how we center ourselves and our needs above all others. We get offended by efforts at revealing how our voting habits, our commitments to charity, our investments in “lifting the poor” out of “their condition” are nothing more than symbolic gestures that center us as opposed to giving priority to the agenda and demands of those living in and impacted by the economic injustice we uphold.

What combats this virus? I once heard Dr. Mercy Amba Oduyoye, a Ghanaian theologian, say to a group of Unitedstatian Christians, “The problem with people in the USA is that you do not understand what is like to live with enough.” Kimmerer challenges her readers to accept the invitation of the “Thanksgiving Address,” the gift of the Haudenosaunee to the world, to live life in reciprocity and as “human delegates to the democracy of species.” Jesus told us to “forgive debts and debtors,” he showed us that a radical redistribution of resources feeds thousands, he demonstrated abundance, he told the wealthy young ruler to let go of his possessions, he invited us to intervene in the inequities of the world by resting in the knowledge that God’s Creation was abundant and sufficient to sustain us all if we just believed. Perhaps the correct antivirus to treat this disease is a recognition that we are a part of the problem and to end systemic poverty, we too will have to give up something. Now let me go empty that Amazon cart.

Jessica Vazquez Torres is national program director of Crossroads Antiracism Organizing and Training and author of a four-session study on the history of racism in the U.S. She and her colleagues at Crossroads have been long-time partners of World Mission equity work and currently provide training and consultation support to World Mission. 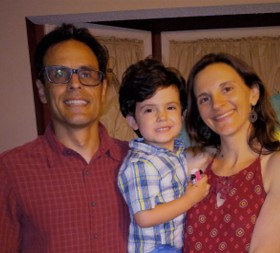