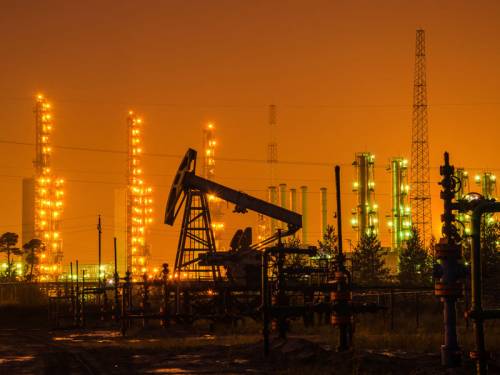 LOUISVILLE — The Presbyterian Church (U.S.A.) through the Committee on Mission Responsibility Through Investment has joined an effort to vote against the board of directors of Exxon Mobil because of the company’s negative response to efforts to combat climate change.

The push, led by The New York State Common Retirement Fund and the Church Commissioners for England on behalf of Climate Action 100+ , comes after the fossil fuel giant petitioned the Securities and Exchange Commission (SEC) to exclude a shareholder proposal asking the company to disclose short-, medium- and long-term targets for greenhouse gas emissions reduction in its proxy materials for its general meeting at the end of this month. PC(USA) co-filed on this resolution.

In response, certain investors are calling for an independent chairman of Exxon Mobil and to withhold support for the reelection of the company’s directors. The Presbyterian Foundation and Board of Pensions will be voting their shares in line with these recommendations, approved by Mission Responsibility Through Investing (MRTI) and in line with the Climate Action 100+.

“The board of directors is ultimately accountable for a company’s strategy,” said Rob Fohr, Director of Faith-Based Investing and Corporate Engagement for the Presbyterian Church (U.S.A.). “Voting against the reelection of all directors is a necessary escalation in the engagement with Exxon Mobil.  The company’s unwillingness to set greenhouse gas emissions reduction targets conflicts with MRTI’s environmental policy directive affirmed by the 223rd General Assembly. It impedes the company’s ability to adequately align its strategy to keep global temperatures from rising well below 2 degrees Celsius.”

Joseph Kinard, chair of MRTI, said, “As shareholders, this is one of the last tools we have to challenge a company like Exxon Mobil. Recent dialogues have been unproductive. Our shareholder resolution was successfully challenged. Now, we are challenging the leadership of the company by voting against the board of directors.”

MRTI is part of the effort through Climate Action 100+, an investor initiative that represents more than $33 trillion of assets under management, or one-third of the world’s investment capital. The initiative’s goal is “to ensure the world’s largest corporate greenhouse gas emitters take necessary action on climate change,” according to its website.

Recent General Assemblies have faced overtures to divest from fossil fuel producers, as have other Climate Action 100+ groups such as the New York retirement fund. In each case, the General Assembly has voted to follow MRTI’s Divestment Strategy, which lays out a methodical approach to corporate engagement before divestment, which is a last resort.

Two years ago, faith-based investors including MRTI backed a proposal calling on Exxon Mobil to align itself with the 2015 Paris Climate Agreement, including a global target of keeping global temperature rise to 2 degrees Celsius or less. The proposal passed with 62.3 % of the vote, despite company management recommending investors vote against the proposal. In this latest round, the company got support from the SEC in saying the shareholder proposal was “micromanagement.”

MRTI leaders say this latest move to recommend an independent chair and vote against the board of directors represents the extent they will go to stay engaged, before recommending divestment.

“We’ve had productive dialogues for years with Exxon Mobil,” Kinard said. “Their recent work against the Climate Action 100+ proposal, on which we co-filed to set greenhouse gas emissions reduction targets, is unacceptable. We hope other Presbyterian entities with Exxon investments will join us in voting against the board of directors.”