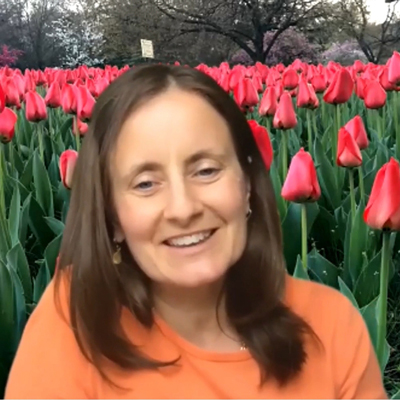 LEXINGTON, Kentucky — A little under a year after it launched, the Presbyterian Peacemaking Program’s gun violence prevention webinar series concluded Tuesday afternoon with a discussion about domestic violence.

Like in previous editions of the series, viewers were presented sobering problems and paths to solutions. Early in the conversation, Dr. Shannon Frattaroli of the Bloomberg School of Public Health at Baltimore’s Johns Hopkins University pointed out that, “When a woman is killed, most likely it is at the hands of an intimate partner with a gun.”

In her closing remarks though, she noted that while the popular perception is that new gun policy legislation cannot be passed, “nothing could be further from the truth.” Frattaroli noted that great strides have been made in many state legislatures and local bodies with regards to gun laws and perpetrators of domestic violence, a fact reinforced by fellow panelist Lisa Geller, a policy analyst at the Education Fund to Stop Gun Violence. Guiding viewers through the website disarmdv.org, she talked about disparities in gun laws related to domestic violence from state to state, noting finding allies in office is a key to changing laws.

The conversation began with a harrowing personal account of domestic violence where, “the firearm was always present,” from Ruth M. Glenn, President and CEO of the National Coalition Against Domestic Violence. 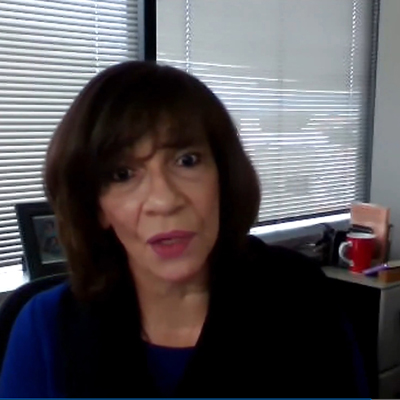 Ruth M. Glenn talked about her own experience of domestic violence and work as president and CEO of the National Coalition Against Domestic Violence. (Screen capture)

Glenn endured years of abuse, including kidnapping and being held at gunpoint, and detailed a long interval between her decision to leave and departure with her 13-year-old child because it took a lot of planning. Eight months later, she was shot and left for dead by her ex-husband, who has since died by suicide.

There are a lot of misunderstandings as to why victims remain in abusive situations, Glenn said, including the fear that if the abuser is willing to threaten the victim with a gun, they are probably willing to use it on others as well. She recalled being led through stores at gunpoint, but not alerting people for fear her husband may have shot them.

“We’re not in these relationships because we want abuse,” Glenn said. “We’re in them because we care about the other person.”

The discussion went on to look at statistical realities. While guns are used in a relatively small portion of domestic violence cases, when they are introduced, things escalate, including fear in the abused. Frattaroli said that policies prohibiting gun purchases and possession by people under temporary and long-term restraining orders, by people convicted of violent crimes, and extension of restraining orders to dating partners are among “the best bets to reduce domestic violence homicides in the U.S.” But, she added, federal law and many state and local laws do not offer those protections, despite overwhelming popularity with the public.

Glenn said the most important tools to enhancing protection for domestic violence victims and others is “activism and advocacy. Once something gets going, don’t let it go.”

Like previous episodes, the 14th “Standing Our Holy Ground” presented viewers with information and steps to take action. 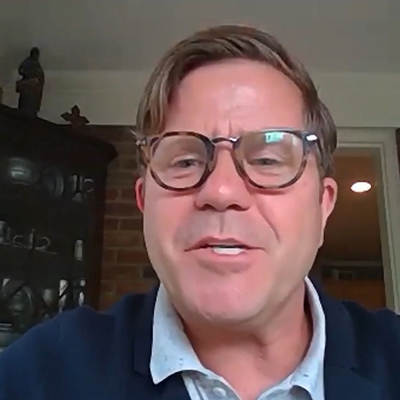 “It’s been eye-opening for us, and I hope for the church,” Presbyterian Peacemaking Program coordinator the Rev. Carl Horton said. He noted the wide range of experts the series put the Peacemaking program in touch with for discussions.

“I think we made it very clear that gun violence isn’t just about guns,” producer Simon Doong said, noting the series looked at how gun violence intersects with poverty, education, racism, mental health, media, and other issues, and how they are all connected. “There are real human issues and human causes that are in there as well.”

The series started last July at Presbyterian Youth Triennium at Purdue University, with a look at youth and gun violence, went to Big Tent in Baltimore for a look at gun violence in urban settings, and continued for another 12 editions in primarily online gatherings. In that way, it was slightly ahead of its time as the social distancing necessitated to combat the COVID-19 pandemic brought a renaissance in video conferencing on platforms such as Zoom, which SOHG used, and webinars.

“I’m glad we started doing webinars a year ago, because it gave us experience for a time such as this,” Horton said.

Doong added, “We definitely got better at it as we went along, and certainly worked the kinks out.”

And the coronavirus demonstrated the series’ flexibility, presenting a special episode on the surge of gun sales related to COVID-19, as well as an episode about the documentary “Behind the Bullet,” which looks at the gun violence from the shooter’s perspective.

The entire series is archived on the Peacemaking Program’s website, along with educational materials related to each episode. Doong said they are contemplating some things such as recommended sequences of episodes to look at specific issues, reflecting the overall intent that the series be a resource for the church.

Horton and Doong allow that there could be more episodes if events warrant them.

“This is a topic that it looks like will be timely for quite a while,” Doong said.