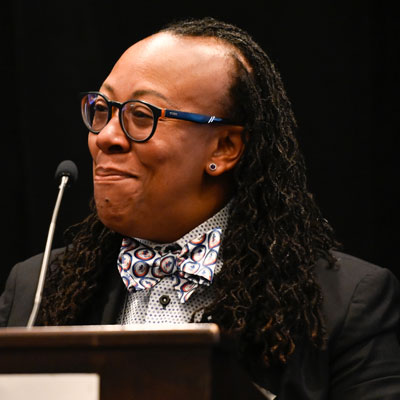 BALTIMORE — The Advocacy Committee for Women’s Concerns will propose resolutions to commissioners at the 224th General Assembly in June designed to bring increased awareness and further advance the rights of women.

The Rev. Floretta Barbee-Watkins, a committee member, told the Presbyterian Mission Agency Board Wednesday some of the proposed resolutions are still being tweaked. Resolutions planned by the committee include:

Report from the president and executive director 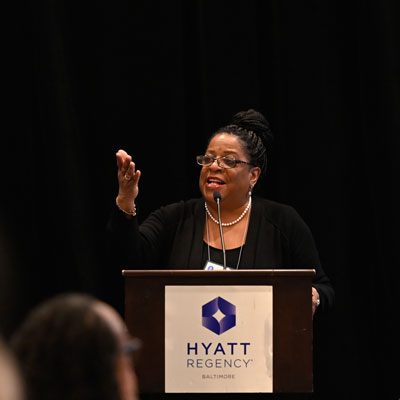 The Rev. Dr. Diane Moffett, president and executive director of the Presbyterian Mission Agency, speaks to the PMA board on Wednesday. (Photo by Rich Copley)

As of a mid-afternoon report Wednesday from PMA President and Executive Director the Rev. Dr. Diane Moffett, 404 congregations and 34 mid councils representing a total of 5,474 churches had said yes to the Matthew 25 invitation. That’s more than double the number announced during the board’s fall meeting at Stony Point Center.

“The energy around Matthew 25 shows no bounds or distance when it comes to sharing compassion,” Moffett told the board.

Moffett said of the board’s Stony Point meeting: “The feeling there was different and new,” she said, “more connected, more spiritual than before. I believe that speaks to the spirit that is Stony Point.” The feasibility study for rejuvenating Stony Point’s facilities should be ready for the board’s April meeting, Moffett said. 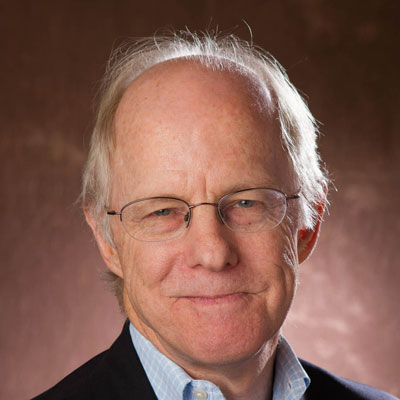 Board member Ken Godshall updated his colleagues on work done last November by representatives of the PMA, Office of the General Assembly and Administrative Services Group at the behest of the Moving Forward Implementation Commission.

Developing a unified budget and presenting it to the General Assembly in June has its advantages, he said: it emphasizes areas where the entities work together, it simplifies the Assembly approval process and it allows the entities to “address emerging issues together,” Godshall said.

Many Presbyterians aren’t aware that the PMA’s budget “is in equilibrium,” he said, with more spending for mission during 2019 and 2020 for the first time in several years. As well, there have been no layoffs, unrestricted revenue is stabilizing and operating reserves are fully funded. There’s also been no need to tap unrestricted reserves to balance the PMA budget.

For the 2021-22 OGA budget, short-term solutions including a per capita increase and some OGA cost reductions are being considered, “and we’ll see how PMA can help,” Godshall said.

Recommendations from the representatives who met in Chicago in November include the PMA waiving what has been its share of per capita funds, about $1.4 million, or 2 percent of the PMA budget. Those funds currently pay for PMA Board meetings and the president and executive director’s office. That change can be made without affecting programs, Godshall said.

In addition, the PMA could opt to share undesignated bequests over $500,000 with the OGA, with 80 percent going to the larger PMA and 20 percent to the OGA.