LOUISVILLE — Nearly 600 people gathered virtually Wednesday to have what is all too often a difficult conversation in a majority white denomination.

With the current unrest and protest in our nation, the call for justice and the dismantling of structural racism is stronger than ever. Committing to become a  Matthew 25 church offers one of the first ways that churches can take steps to bring about racial justice.

The Rev. Dr. Diane Moffett, president and executive director of the Presbyterian Mission Agency, welcomed the group with an opening prayer and thanked participants for taking the time to listen, learn and share the important work of dismantling structural racism, particularly in this time of national unrest. In referencing the number of mid councils and congregations who’ve already accepted the Matthew 25 invitation, she noted that they are not alone.

“We’re doing this work together. We know we’re facing trying, unprecedented times — the dual pandemic of COVID-19 and COVID-1619 that began in terms of how our nation was founded. I’m grateful we’re engaging in this work and doing mission together with the power of the Spirit.”

Mid council leaders were asked to share the role that the congregations and mid councils should consider first in creating anti-racist cultures and doing anti-racism work. In a denomination that is predominantly white, participation in the dismantling of racism is too frequently approached as optional. The Matthew 25 invitation, which seeks to build congregational vitality, dismantle structural racism and eradicate systemic poverty, is an invitation to participate and vision to actively engage in the world around us.

To date, 565 churches, groups and worshiping communities have accepted the invitation, which was extended April 1, 2019. In addition, 42 mid councils — representing 6,070 congregations — have agreed to take on one or more of the invitation’s three focus areas. 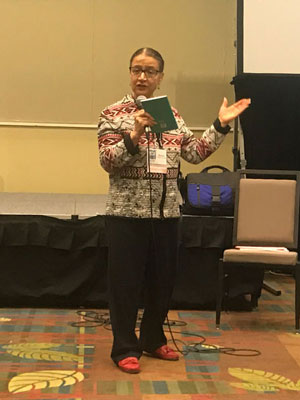 Wednesday’s Zoom call featured Ruling Elder Elona Street-Stewart, co-moderator of the 224th General Assembly (2020) and synod executive of the Synod of Lakes and Prairies. Street-Stewart said the work of mid councils, congregations and church leaders is recognizing a challenge that’s been addressed, identified and reviewed and reported for decades in the denomination.

“Some of it is about facing our inability or capacity to address systemic racism because it means we have to address economic inequities,” she said. “We’ve seen the last two months that repeating headlines is just not enough because the issues have always been there. We need to shift from aspirations about making change to creating actions through resources, knowledge shared via our networks and other tools.”

Street-Stewart urged congregations to connect with people of color and indigenous people within their church and referenced a quote from famed journalist and early civil rights leader Ida B. Wells to describe what Matthew 25 is helping the church do: “The way to prevent wrongs is to turn the light of truth on them.”

“Engage people who have influence from your pews; we don’t need to continue to go away from who we are as Presbyterians,” said Street-Stewart. “We have expertise in our pews from people who are connected to their communities and the community support networks.”

Along with Street-Stewart, the Rev. Dr. Karen V. Brown, pastor of Hope Presbyterian Church in Baltimore and chair of the Presbyterian Committee on the  Self-Development of People, spoke about her amazement at the number of people who have failed to realize the severity of the problem.

“I feel like all the advocacy and ways I’ve talked about racism up to now has fallen on deaf ears. But God is good, and it seems that after all these deaths that people’s eyes are open so I praise God for that, but we must be led by someone other than us. The dismantling has to happen not just in the church but in the city we live in.”

The Rev. Ryan Landino, lead presbyter for transformation with the Presbytery of Great Rivers, used the metaphor of a freeway on-ramp to describe how predominantly white congregations can take on the challenge of dismantling white supremacy and faithfully live it out.

“Imagine a multi-lane freeway that has different lanes moving at different speeds. Do we have lanes for white people to come into this work? Do we have on-ramps for people to break past the barriers of white supremacy in order to engage the work? I like the metaphor because it still makes space for the fast lanes to go,” Landino said. “We have people dying in the streets right now and we can’t slow that work down in order to appease white comfort or get folks onboard.” 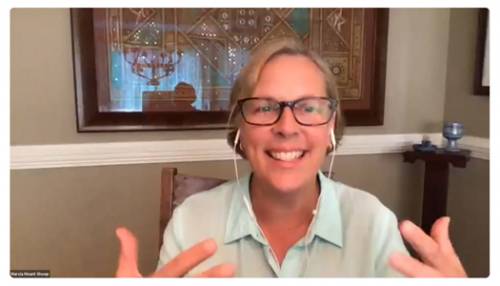 The Rev. Dr. Marcia Mount Shoop, pastor and head of staff at Grace Covenant Presbyterian Church in Asheville, North Carolina, who has worked with multiple congregations around anti-racism, emphasized engaging the body in this work, and getting outside the realm of “just ideas.”

Participants were invited to attend a four-part course titled “Awakening to Structural Racism: A Pilot Course for the Matthew 25 Curriculum” offered by Stony Point Center. The course will begin on Monday, Aug. 10, and requires registration; learn more here.

This webinar is the second in a series addressing how congregations and mid councils can engage with the three focuses of Matthew 25. The third webinar, focused on eradicating systemic poverty, will be held at 3 p.m. Eastern Time on Wednesday, Sept. 16.