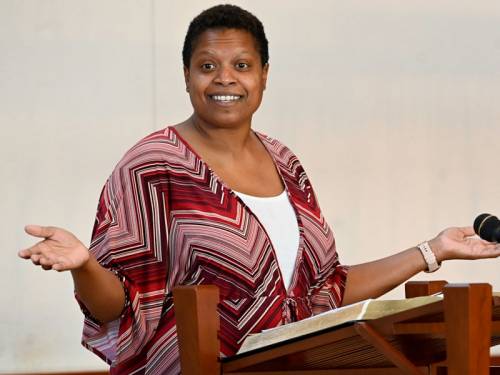 The Rev. Denise Anderson is coordinator for Racial and Intercultural Justice in the Presbyterian Mission Agency. (Photo by Rich Copley)

“One of the things that I think is also important that we remember as we seek to model the life and ministry of Jesus Christ is how Jesus laid down his privilege every opportunity he got,” the Columbia Theological Seminary student said. “He ridded himself of privilege. And so, when we are praying that we become more like Jesus, or that we live more like Jesus, remember that. So, your prayer can be, our prayer can be, ‘God, show me today where and when I can lay my privilege down.’

“That’s a simple way that we can start dismantling racism within ourselves.” 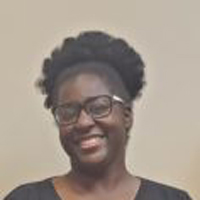 Sanders was part of the inaugural online version of the church’s antiracism training, which was being presented in person around the country by the Rev. Shanea D. Leonard and the Rev. Denise Anderson before the COVID-19 pandemic brought in-person meetings to a halt.

As the United States grapples with another racial reckoning in the wake of events such as high-profile extrajudicial killings of people who are Black last spring and summer, the inordinate impact of COVID-19 on marginalized communities, a recent wave of anti-AAPI violence, and the Jan. 6 insurrection at the U.S. Capitol led by several white supremacist groups, Anderson and Leonard said it was important to bring the training to people in the church through a virtual setting.

Sign up for upcoming anti-racism training sessions, both at 6 p.m. Eastern Time:

But there were few mentions of current events or any politicians by name in the two-hour workshop that looked at the church’s anti-racism policy, Facing Racism; resources Presbyterians can use in their congregations and communities to talk about dismantling structural racism; and biblical foundations for this work.

The first half of the training, which will be offered again in June and September, focused on scripture, terms, and introducing the Facing Racism Study Guide. The more than 100 participants then broke into small groups to complete the first lesson of the six lessons in the study guide.

While acknowledging that personal prejudice is sinful and needs to be dealt with in the individual, the majority of the first half of the training focused on the corporate and structural character of racism.

“Calvin did not teach that sin was simply an individual belief or an action or a moral failing,” Anderson said. “He viewed sin as the corporate sin of all humanity. Sin is an infection that taints each and every one of us. The Dutch Reformed articulation of his theology … talks about total depravity.

“Total depravity simply means that there is no part of us that is unimpacted or unsusceptible to sin. Even the best parts of us can be influenced by sin. And so, when we are talking about dismantling racism, we’re not talking about just individual good behaviors. We are actually talking about who we are, as humanity corporately, how we structure our systems in ways that disadvantage some people while advantaging others. We are talking really from this understanding that Calvin articulates about sin. It’s pervasive. Even the good folks, or those of us who really try to be good, fall into this particular setting.”

Following the small group study, the training turned to a lively discussion of some of the concepts, one of them being addiction, and how addiction to power and privilege can make it difficult even for people of good intention to really combat racist structures. 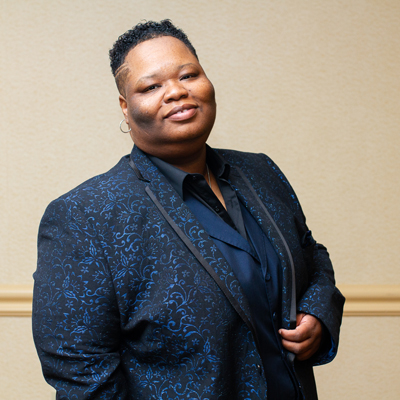 “And the same thing with power feeds this need that we sometimes have to be better than the ‘other.’ It puts us in a sense of binary one against the other, which is a part of white supremacy culture with a deeper dive in deeper understanding and conversation. But it gives us this idea that privilege puts us over someone else. Like Denise said, we all experience privilege whether it’s because we are Americans or Christians — being a Christian in this country is a privilege. And so that’s what privilege does. It feeds that emptiness or feeds that spot within you that helps you feel superior in some way to someone else.”

Training participant the Rev. Cindy Kohlmann, who like Anderson is a former PC(USA) General Assembly co-moderator, said an important part of anti-racism work is expanding our communities.

“I can come here tonight, and I can learn, get fired up,” she said. “And if I go back into all of my white systems, and all of my friends who are racialized as white, and all the language that I’m comfortable with, it’s not going to help me challenge that addiction to power and privilege. 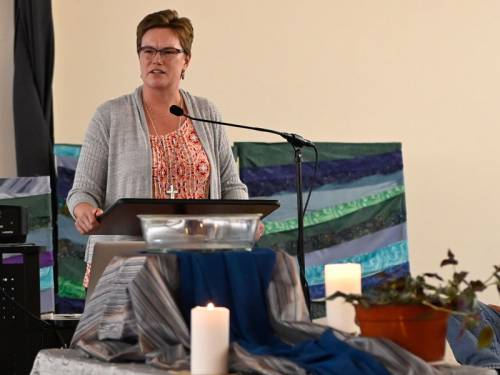 The conversation inevitably comes back to reconciliation, which Anderson pointed out in the Bible is the Greek word “katallasso,” “which literally means, ‘to trade places.’”

Gentile Christians in the first century modeled this very behavior, she noted, trading in their Greek or Roman identities to be Christians, who were severely persecuted at that time. Doing so, they had a recent model in Jesus Christ.

“That essentially is what Jesus did,” Anderson said, “in coming out from glory and putting on flesh and dwelling among us, right?”

The Office of Gender, Racial & Intercultural Justice is one of the Compassion, Peace & Justice ministries of the Presbyterian Mission Agency