John Etheredge will serve as a long-term volunteer in Ghana 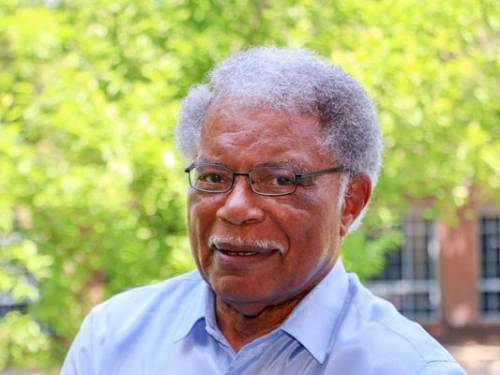 John Etheredge is a new long-term volunteer in Ghana. (Photo by Tammy Warren)

LOUISVILLE — John Etheredge has answered God’s call to become a long-term volunteer serving with the Evangelical Presbyterian Church in Ghana.

Etheredge will assist PMA’s global partner with the denomination’s efforts to address the root causes of systemic poverty there. He will mentor and tutor children through the Nenyo Haborbor program created to help low-income, primary and middle school youth who have dropped out of formal schooling. Additionally, he will support skills-training programs at the Evangelical Presbyterian Activities Center that educate girls who have dropped out of school, primarily because of pregnancy.

He isn’t working with youth only. He will also serve as an informal counselor and companion to older adults at the Shepherd’s Center of Aging, a church-based social center that engages older adults who live alone.

“I am delighted that John is joining the Africa team,” said Rev. Debbie Braaksma, coordinator of World Mission’s Africa office. “He brings a wealth of experience and skills as well as a strong Christian commitment to this position. John is also a natural ‘bridge-builder’ who will help strengthen the relationships between PCUSA and EPCG and opportunities for mutual learning.”

Ghana, his new home, was the first country in Sub-Saharan Africa to gain independence, post colonialism. The Global Peace Index lists it as Africa’s most peaceful country. About 75 percent of the country is Christian and about 57 percent of the population is under 25.

Etheredge has served God and the Church since his youth. He has contributed extensively to the Presbyterian Church (U.S.A.) on the congregational, presbytery, national and international levels.

A ruling elder and lay pastor, he served on the sessions of Mount Pisgah Presbyterian Church and First Presbyterian Church, both in Rocky Mount, North Carolina. He has also served two terms on Presbytery of New Hope’s Committee on Preparation for Ministry and was the presbytery’s commissioner to the General Assembly in 2010.

In 2001, Etheredge joined Presbytery of New Hope’s Committee on the Self Development of People (SDOP), a ministry that focuses on empowerment of the marginalized and advocates for change infrastructures that perpetuate poverty, oppression and injustice. He was elected to the PC(USA)’s national SDOP committee by the General Assembly in 2002. He served two terms on the national committee and was moderator and chair of the SDOP’s South Task Force Committee.

Alonzo Johnson, PMA’s coordinator for the Self-Development of People (SDOP), has worked closely with Etheredge and believes his time with SDOP is the perfect background for his new position with World Mission.

“John has been integral in helping SDOP to have a major presence and name in the church and communities,” he said. “John’s faithful work, dedication to education and anti-poverty, as well as his love for strengthening communities were characteristic of his role as a national committee member in SDOP. John’s faith, love for justice and concern echoes through SDOP. His work has become an inspiration for all of us.”

In 2017, Etheredge’s wife of 53 years passed away. They have two adult children. 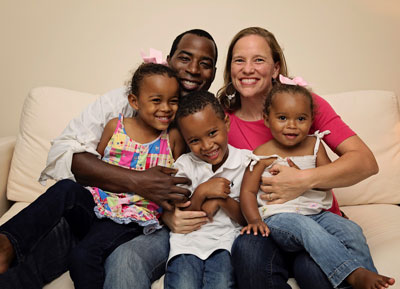