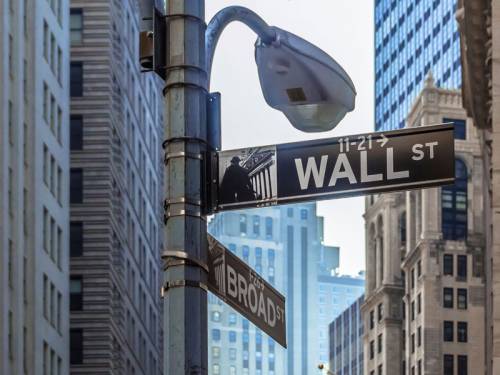 Mission Responsibility Through Investment (MRTI) seeks to capitalize upon wise financial strategies that allow the church and individuals to stand by their Christian values while providing for the economic needs of our families, churches and related institutions. (Getty Images/Eyfoto)

If you’re fortunate to have a 401(k) or IRA but know little about investments, chances are you spend a minimal amount of time reviewing your quarterly statement — a quick glance at the numbers to see if they’re up or down. But do you really know where your hard-earned dollars go? Do you know what kinds of businesses your money supports? Do you know what kind of impact those companies have on the world?

Those kinds of considerations guide the work of Mission Responsibility Through Investment (MRTI). MRTI implements the General Assembly’s policies on socially responsible investing by engaging companies in which the Presbyterian Church (U.S.A.) owns stock.

MRTI is a three-agency committee that is jointly funded by the Presbyterian Mission Agency, the Presbyterian Foundation and the Board of Pensions. The committee brings together representatives of those agencies, plus representatives of the Advocacy Committee for Women’s Concerns, the Advocacy Committee for Racial Ethnic Concerns, the Advisory Committee on Social Witness Policy and three at-large members elected by the General Assembly.

“We believe Jesus Christ is at the heart of everything we do, and that includes how we invest our money,” said Rob Fohr, lead staff person for MRTI. “As ambassadors of the values and ethics of the Presbyterian Church (U.S.A.), MRTI works to ensure that the companies included in the portfolios of the Board of Pensions and Foundation understand the mission goals set by the General Assembly and hopefully work towards aligning their policies and practices to them.”

Fohr believes that being a Christian implies that values of faith inform all aspects of our lives, including investment choices.

“God calls us to live in harmony with creation, seek benefit for the poor and oppressed, be a voice for the voiceless and work for justice,” he said. “As Presbyterians, that gives us the dual responsibility of standing by our values while providing for the economic needs of our families, churches and charitable institutions.”

Over the years, the MRTI Committee has witnessed how the global economy both positively and negatively impacts the world. Some corporations provide positive work environments and help create sustainable communities. Some damage the natural world or fail to pay a living wage. And some companies engage in both good and bad corporate practices.

“As faith-based investors, we have a responsibility to manage all aspects of the resources God has entrusted in us,” said Fohr. “MRTI implements the General Assembly’s policies on socially responsible investing by engaging corporations in which the church through the Board of Pensions and Presbyterian Foundation owns stock.”

Fohr says MRTI is always challenged by the number and variety of issues when engaging with publicly traded corporations. “More specifically, our directive from the 222nd General Assembly on focused engagement with the oil and gas industry will challenge the committee as we develop strategies for effective engagement and standards for measuring progress in those discussions,” he said.

Shareholder engagement: As an investor, MRTI believes that being at the table with company leaders is critical.

“Many people think that what we do is divest from companies we disagree with because that’s what grabs media headlines. And divestment is an important tool, but it is the last tool,” said Fohr. “Corporate engagement with our faith-based and values-based investing partners is where we spend most of our time, through dialogue with corporate representatives, and it’s working.”

Fohr says that in working with oil and gas companies, MRTI hopes to guide them in adopting policies and strategies that will transition them into a low-carbon future. One of the companies that MRTI is working with is Phillips 66, which owns 25 percent of the Dakota Access Pipeline. Earlier this year a U.S. appellate court cleared the way for the pipeline, despite widespread concerns about potential environmental impacts, including impacts on indigenous people’s lands. Still, Fohr remains optimistic about MRTI’s work with Phillips 66.

“Because we had an existing relationship with Phillips 66, we were able to engage them quickly,” Fohr said. MRTI’s discussions with Phillips 66 have focused mostly on the issue of greenhouse gas reduction goals, including incorporating renewable energy and other environmental considerations. But other issues are also on the table.

“We have been able to obtain a commitment to multiple focused dialogues this year, with investors and other stakeholders, to help the company develop and disclose a human rights policy including indigenous rights,” Fohr said.

Fohr believes that such policies can help prevent future situations from escalating to the point that companies lose their “social license” to operate.

“When this happens, companies experience reputational risk, which could translate into financial risk for investors,” he said. “Approximately 40 percent of known oil and gas reserves in the United States are on or near indigenous lands, so this issue will come up again. We believe that it is in companies’ best interests to have robust and publicly disclosed human rights due diligence processes.”

MRTI has a long history of engaging with companies around climate change and other environmental issues.

“That history has led to some remarkable success. Long before this became top of mind, front and center, MRTI and some of its ecumenical partners were talking to companies about these issues,” said Terry Dunning, MRTI Committee chair. “Those discussions, over time, have led companies to start looking at their sustainability and impact on the environment. In part, we see this as the continuation of a long process that has had some significant success.”

Both Dunning and Fohr believe that Presbyterians are making institutions better by engagement.

“We had an interesting moment in New York with a fossil fuel exploration and development company,” said Dunning. “After we finished a lengthy conversation, we were walking to the elevator and one of the company representatives said, ‘Keep pushing us on this.’ So we believe it makes a difference.”

Community investing: Another aspect of MRTI’s work is providing financial capital for economic development in communities often overlooked by traditional financial structures. Designating a portion of investment capital for communities supports the building of sustainable economies.

The PC(USA) General Assembly has designated a percentage of unrestricted assets to be invested in ventures such as Oikocredit, a PC(USA)-affiliated organization that makes loans globally to economic development projects benefiting the poorest people in their societies.

MRTI is continuing discussions with the travel and tourism industry on combatting human trafficking, as well as working with corporations on keeping their supply chains free from forced labor supplied by unethical recruiters.

“We also engage with banks and financial institutions on business standards, values, as well as the emerging issue of subprime auto lending, which has a particular adverse effect on people with lower incomes as well as racial/ethnic minorities,” said Fohr.

MRTI also hopes to increase awareness of its work within the PC(USA), so that fellow Presbyterians understand the power of witness by engaging with corporations in which the Church holds stock.

“We hope to communicate that this is a long game which requires relationship-building and continuing dialogue, often over a period of years,” Fohr said. “The committee’s experience is that through developing relationships and dialogue, corporations can be moved to make the kind of changes we advocate.”

Fohr and the committee hope members of PC(USA) congregations take a keen interest in what MRTI is doing.

“While there are no hard figures, if we were to calculate the total estimated value of all of the Presbyterian capital invested in publicly traded companies, it would likely be tens of billions,” said Fohr. “This calculation includes moneys held by the investing agencies of the PC(USA), endowments of Presbyterian seminaries, colleges and universities, congregations, mid councils, camp and conference centers, as well as individuals.”

Fohr says MRTI wants to be in conversations with church members throughout the year to help them discern the right strategy to “activate their capital” and advance their mission goals. 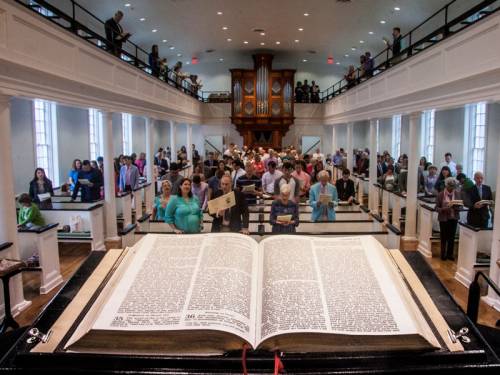 First Presbyterian Church in Tallahassee, Fla., tailors its investments to biblical principles that they value. (Photo by Barbara Edwards)

Looking to invest responsibly? Presbyterians and their congregations can access an array of faith-based investing options through the Presbyterian Foundation and its subsidiary New Covenant Trust Company, including customized portfolios tailored to your mission priorities.

For example, members of First Presbyterian Church in Tallahassee, Florida, requested an investment strategy that combined the PC(USA)’s existing social screens with a new screen to exclude fossil fuel companies. Other congregations, mid councils and individuals have joined the congregation in using this approach, with portfolios managed by the trust company.

Screening companies out isn’t the only tool in the toolbox, though. The Foundation offers “positive” investing approaches as well, identifying companies that are doing particularly well in environmental, sustainability and governance practices for inclusion in well-balanced portfolios.

Charitable trusts and other popular investment vehicles can also be managed in accordance with particular concerns.

Another option for faith-based investing is the Presbyterian Foundation-sponsored New Covenant Funds, a family of publicly traded mutual funds that adhere to the PC(USA)’s socially responsible investment guidelines.

Everyday ways to think about investing

Investing isn’t just for 401(k) programs or stock market aficionados. Many of us make everyday investments when we spend money on food and clothing. The Presbyterian Hunger Program encourages smart investing in the things we buy and buy into each day. Check out these investing opportunities:

Invest in healthy children. Support the reauthorization of the Child Nutrition Act. This covers the Summer Food Service Program, the Supplemental Nutrition Program for Women, Infants and Children and the Farm to School Program. Learn more at bit.ly/pcusa-children.

Buy into Cents-Ability. This program encourages congregation members to invest a few cents at every meal. Half of the funds are kept for local programs. The other half goes for national and international projects. Posters, banks and prayer table tents are available at pcusa.org/centsability.