A letter from Bob and Kristi Rice serving in Congo

Individuals:  Give online to E200429 for Bob and Kristi Rice’s sending and support

Congregations: Give to D507528 for Bob and Kristi Rice’s sending and support

Mulami (Deaconess) Elisabeth greeted us after the worship service.  She has recently lost a niece and a grandniece, one of them a mother of four young children.  In an interconnected culture where relationships and family and clan mean everything, Mulami Elisabeth’s loss is hard to quantify.  However, her comment to us that January afternoon says everything—“This year has only just begun and I am hit by such suffering.   God must be testing to see if my faith is real or not.”  Our friend found herself “broken” by the harsh realities of life here in Congo and wondering whether her faith would stand the test. 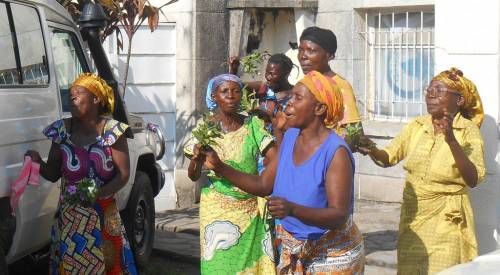 Mulami Elisabeth (far right) and women from our parish

A few years ago I read the book Unbroken by Laura Hillenbrand (recently made into a major motion picture).  This epic biography chronicles the life of Louis Zamperini.  Louis has lived ten lives packed into one.  He competed in the 1936 Olympics under Hitler’s watchful eye.  He found himself missing in action over the Pacific for months during World War II.  He survived the grueling reality of a POW camp in Japan.  He returned a war hero.  Yet perhaps the title of this impressive book does not belie its most important theme.  The title (Unbroken) represents what we Americans hold dear:  the “self-made” person, pulling oneself up by one’s own bootstraps, staying strong no matter what the circumstance.  But near the end of the story Louie Zamperini is no longer “unbroken.”  He turns to drink.  His marriage is on the rocks.  In a word, he is “broken.” 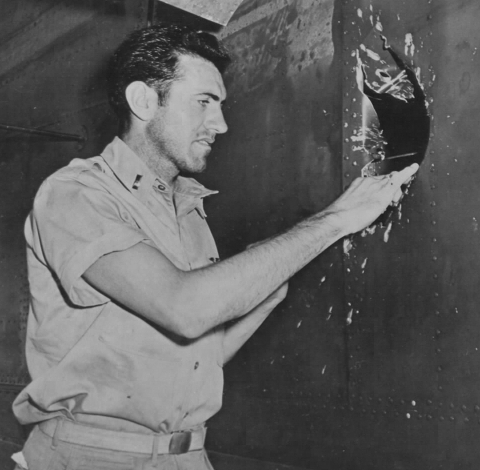 There are few figures who compare with Francis Bernardone of Assisi.  Francis grew up in late 12th century Italy as the carefree son of a successful fabric merchant.  He enjoyed all the pleasures of the world.  However, after spending a year in prison, a year of recovery from malarial sickness, and finally a failed attempt to become a chivalrous knight, he found himself “broken.”  In this place of personal pain he met the God of the downcast and marginalized.  Twenty-plus years later, wracked by leprous sores and suffering from the acute effects of malaria and feeling the weight of failure, one might say that he died a “broken” man.

Testing…brokenness…pain.  These are the hallmarks that make and define faith.  The barren desert of suffering is where God’s mercy shines its most brilliant hues.  According to Hillenbrand’s biography, Zamperini’s odyssey of faith begins with a prayer offered on a life raft while perilously floating in the middle of the Pacific Ocean.  Later, during his “broken” and hapless postwar state, he begins to see clearly the One who sees our brokenness and pain and shows us mercy and loving-kindness. 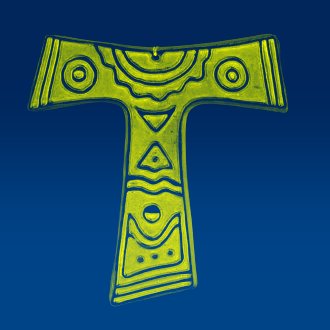 A large T, the letter tau, marked Francis’ service to the poor

At the end of his life Francis’ wracked body exemplified a life of service.  He was not afraid to touch the leper.  He made colossal intercontinental trips despite being sickly and having a weak constitution.  In many ways his life seemed to end in failure.  His fraternity jettisoned its founding principles.  Francis failed to bring peace between the Crusaders and the “infidels.” He didn’t die the death of a martyr as he had dreamt.  His prayer therefore became, “Who are you, my dearest God—and what am I, but Your useless servant?”  During this hour of profound suffering and rejection, his communion with God only grew.  Francis believed that only God could make sense of his emptiness and absurdity.

During this season of Lent and Easter we remember the God who does not remain “unbroken” and removed from a world of pain and grief.  Rather, God the Father allows his Son Jesus to become “broken” for you and for me.  Jesus, the night he was betrayed, blessed and broke the bread and said, “Take; this is my body.”  Jesus’ broken body reminds us that in our brokenness we have a savior who was “broken”—rejected, mocked, despised, and abandoned.  In His brokenness we can find meaning out of our own sense of emptiness and absurdity.  So I close with a prayer for our friend Mulami Elisabeth in Congo and for you, fellow sojourner—

Friend,
Your faith is as real as the morning sun.
Your faith will grow as the harvest comes,
and at the year’s sunset
you will praise the Holy Name.
God broke Himself for you.
In Him we find meaning and peace.
I pray your faith shines as gold,
tested by the fires of adversity.
Bless you, Friend!  May peace be yours, always!

Thank you for standing with us as we serve the broken God of Mulami Elisabeth, Louis Zamperini, and Francis of Assisi.  Your prayers and financial gifts enable us to stand with our sisters and brothers here in Congo.  “Nzambi anubeneshe!” (May God’s benediction be upon you!)

With Love and Prayers,
Bob and Kristi