Indigenous communities have a wealth of knowledge that can make climate change mitigation and adaptation more effective.

We just have to listen.

Jack Collard, Director at Aboriginal and Torres Strait Islander International Engagement Organisation (ATSIIEO), an indigenous organization dedicated to the building of positive international partnerships for First Nation expertise, in a session on story telling hosted in the Capacity Building Hub at COP27 called the audience to do just that. (Presentation starts at 1:34:06).

Opening his presentation with words in his native language, he then translated  that he had come a long way to share the songs of his people and that the songs they sing are are songs that tell us who we must be. 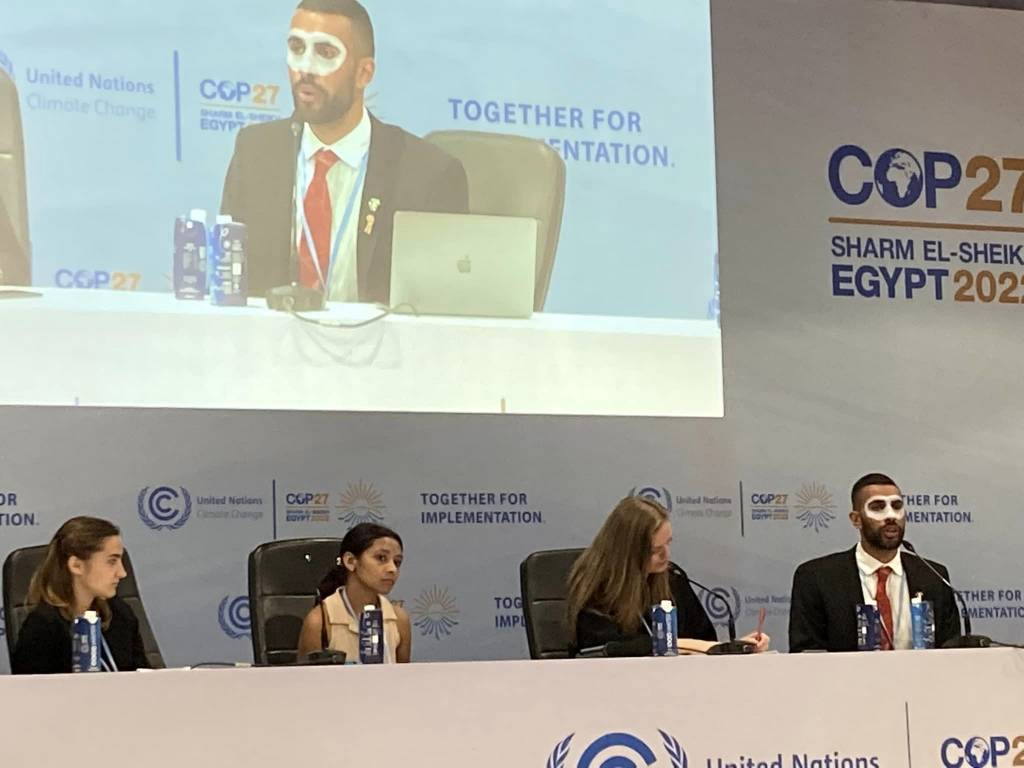 And who we must be now are the Caretakers of everything.

Collard reminded the audience of the ways in which his people have a completely different perspective of their connection to nature, seeing the natural elements around them as kin, to whom human beings share a mutual responsibility.

“I am painted today with my totem, the owl. I protect him as he protects me. I owe him a duty to ensure that he has enough trees to call home.”

He shared that while indigenous folks around the world make up only 4% of the population, they are the protectors of 80% of the world’s biodiversity.

Thankfully the climate movement is recognizing more and more that Indigenous knowledge on climate change mitigation and adaptation is of crucial importance. Even the IPCC agrees.

And to some extent that is reflected at COP27. Indigenous Peoples have one of the largest delegations to date, with close to 250 Indigenous representatives. The growing Indigenous presence can be seen through 35+ events at the Indigenous Peoples Pavilion, as well as Indigenous-led events in the Blue and Green Zones.

Despite the progress and the acknowledgement regarding the valuable knowledge they possess, Indigenous communities have been left out of a lot of the formal discussions on these topics.

Indigenous Peoples pay the highest price for climate change mitigation, despite having the lowest levels of carbon emissions. Most governments and multinational corporations funding and attending COP27 seem to want to turn the climate crisis into a business opportunity, to generate profit. This commodification and commercialization of nature is what has put the Earth in the current crisis state.

Collard called on the audience members of those “unconnected” peoples to seek to reconnect with the earth.

“Extraction and consumption are at the heart of the climate issues. Awareness brings sympathy, sympathy brings empathy, empathy brings respect and with respect comes an obligation to do what is right for our whole earth. I have come here again with the hope that we can all learn to listen to the land again because if we don’t, then together we will watch the world burn.”