by Sue Rheem, Coordinator, Presbyterian Ministry at the United Nations

COP27 is the largest UN Climate Summit yet.   According to the New York Times, over 44,000 people have registered.  The world has descended on this resort town in the desert, to hopefully do more than just talk about climate change, but by the time it ends next week, come away with concrete outcomes to assist the most vulnerable communities and nations.

The urgency was reiterated on opening day as UN Secretary General said that the world is on “a highway to climate hell with our foot on the accelerator,” and nations must “cooperate or perish” to avoid further climate catastrophe. 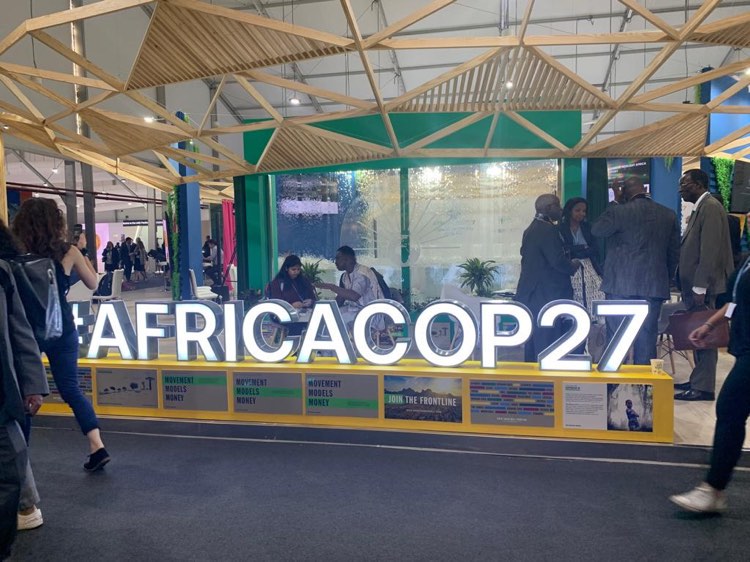 COP27 is also known as Africa’s COP since it’s taking place in Egypt on the continent of Africa.  Africa contributes only 3% of greenhouse gas emissions, but it suffers disproportionately from the negative impacts such as severe droughts, floods, leading to famines, displacement and conflict between farmers and herders.

Whether the wealthy nations, who have emitted 80% of the Greenhouse gases, will step up to their responsibilities (to raise ambition on reducing carbon emissions and increase funding for developing nations) or drag their feet once again haggling over procedural issues in order to put their own economic interests first remains to be seen.

Many here say that COP26 that took place in Glasgow was a major disappointment.  Many promises were made by the wealthy, but not kept.  The pledges made have not been fulfilled.  People wonder if COP27 will be more of the same?

As part of the first full day of proceedings, the PC(USA) delegation attended the Informal Consultation on Adaptation Fund, which finances projects and programs that help vulnerable communities in developing countries adapt to climate change, where we heard from various Member States that $250 Million fund has not been fulfilled and there have been no multiyear pledges. 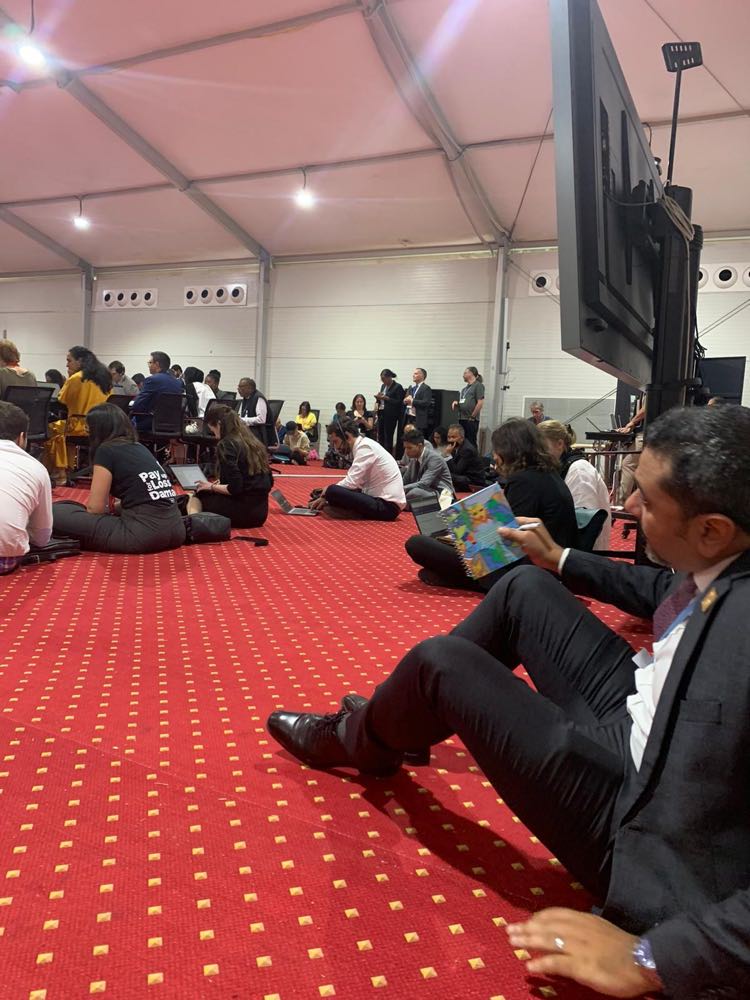 It was floor and standing room only at the the Informal Consultation on Adaptation Fund, which finances projects and programs that help vulnerable communities in developing countries adapt to climate change. Photo credit: Sue Rheem

We also attended the Santiago Network under the Warsaw International Mechanism for Loss and Damage meeting to show support for the vulnerable countries who have suffered irreparable damage from the adverse effects of climate change.  Yes, Loss and Damage is on the COP27 agenda thanks to the tireless advocacy of affected governments and civil society.  Many people from civil society, including our delegation and others from the ecumenical community, showed up to support them.

We pray that COP27 may not be more of the same.