“COP26 is important because if this doesn’t work, then we’re in serious danger. It’s already obvious that many of the targets set during the Paris agreement in 2015 have not been met,” says James Bhagwan, general secretary of the Pacific Conference of Churches, with passion and sadness tinging his voice, the World Council of Churches reported.

The Pacific Conference has a membership of 33 churches and ten national councils of churches spread across 19 Pacific Island countries and territories, effectively covering one-third of the world’s surface.[1] 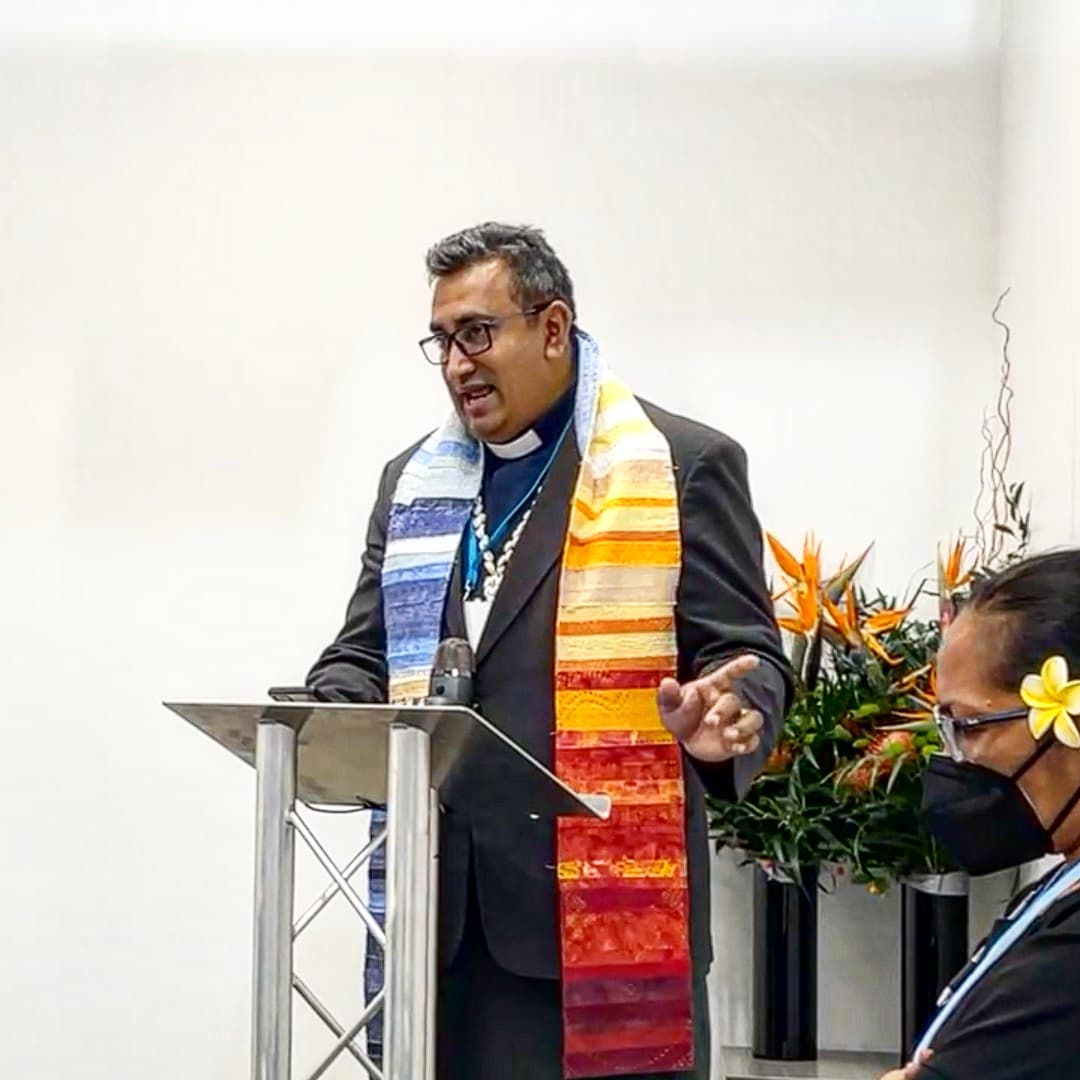 James Bhagwan in a scarf made by Indigenous women from the land now called Australia. The pattern of the Common Grace Knit for Climate Action scarves represent the average global temperature across the last 101 years. Bhagwan plans to wear the scarf throughout COP26. (Photo from https://twitter.com/PadreJB)

The PCC is a new partner of the Presbyterian Hunger Program. We are thankful for Rev. Bhagwan’s witness at COP26.