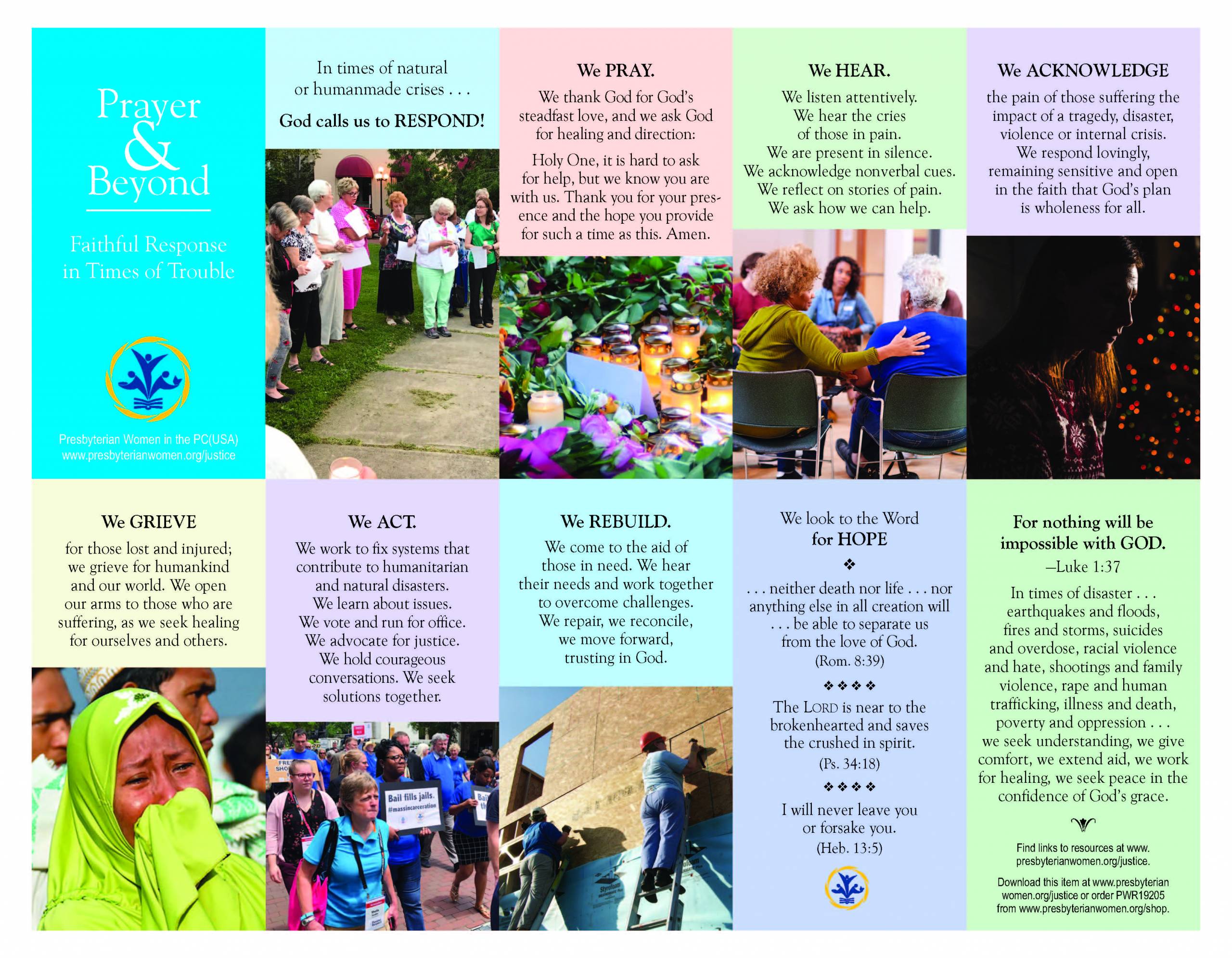 Prayer & Beyond reminds us that, in God, we find the courage and the strength to face the difficult times.

My new reality of working from home, a privilege that I am afforded,  is giving me space to reflect in different ways . I think I am not alone in that as I’m seeing  more and more thoughtful sharings from people I’m connected to online.

In 2008, I spent a chunk of time in Haiti and had the joy of befriending folks doing amazing biosand filter work with an organization called Clean Water for Haiti. The Administrative Director, a woman by the name of Leslie Rolling, and I continue to be friends via Facebook. Their family remained in Haiti in 2019 during the turmoil that has plagued that country. She shared this reflection recently:

Last fall when we were locked down in Haiti for months (so many months) the first few weeks felt not too bad. We had done this before. We all knew it couldn’t last forever. We said things like, “This can’t go on much longer, it’s not sustainable…” Then we moved into week 4, and week 5. Over the weekend between week 5 and 6 something shifted in all of us. It was that realization that we didn’t know when it was going to end. What we had thought, what we expected, it wasn’t happening and really, it wasn’t relevant anymore. None of us had any idea what to anticipate. Our family was feeling lonely because most of our social connections were gone. At one point we were literally the only foreigners in our area for several weeks.

Here’s the thing. The past few weeks have been hard, yes, but it’s going to get harder. When the government started asking people to stay home and self-isolate or quarantine, people were upset because of the changes and feeling like it was really BIG and asking how on earth to make this work and if it’s really worth it? Now everyone is understanding why that was important, but you’re probably also feeling lonely, useless, annoyed with having to stay home all the time, while also realizing that this ISN’T going to be over in a couple short weeks. The US and Canada are still on the front end of this. And, when cases do start to slow down or stop, life still won’t completely resume because other parts of the world will be in different stages. Travel will still be limited if other countries have closed borders. Resources may still be limited for things that are produced overseas. It’s far from over.

In the coming weeks you’ll probably feel a lot of different things. Apathy. Anger. Frustration. Joy. Thankfulness for the small things. Grief. Know that all of it is okay. It really is. And let yourself feel all of it. There will come a point where things improve and life will start to resume. It WILL be different because we’ll all be changed by this, but it will resume. It won’t be the same, it won’t be “normal” but it will resume.

Her reminder that the emotional upheaval in this time of uncertainty is one that speaks to many of us. Understandably though, this feeling of so many feelings can leave us feeling defeated.

So what can we do?

God is present even in the most difficult times. Presbyterian Women offers Prayer & Beyond  as resource to reminds us that though we experience hardship and disasters, in God, we find the courage and the strength to face the difficult times and to persevere. Download the the resource online here.