Written by Burkhard Paetzold, Regional Liaison for Western and Central Europe and Roma

Quite frankly, you can smell it everywhere – Katowice is a coal city.

I spotted a winding tower right downtown on the way from my hotel, but learned, it is a museum now. And the whole area  of the congress center was a mining area before it got converted. 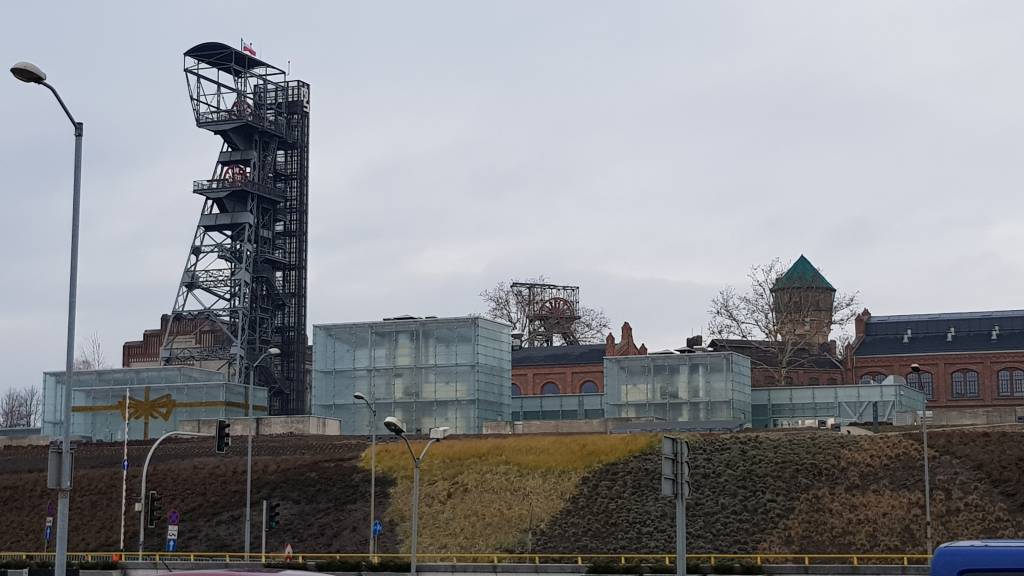 In the cafeteria of the Greenpeace center I ordered a tasty Polish soup. The Polish caterer who recommended it said with a twinkle in his eye, Poles usually cook it with lots of sausage, but for Greenpeace we have to do it with tofu.

The Polish trade union Solidarnosc (Solidarity)  has “issued a joint statement with a notorious American climate science denial group, rejecting the scientific consensus on climate change.” Poland seems to be focusing on coal and industrial workers and being sure they are not left behind in a just transition. Yet this is a hard line to walk, when considering the global need to be attentive to the plight of people already feeling the worst impacts of climate change. So just what does solidarity look like?

In the last few days here I have sometimes closed my eyes and tried to put myself outside the COP24 – box. What may ordinary people think about all this? (Let alone the massive police presence, the blocked roads, bridges, the noisy helicopters etc, a state of siege like at a G-20 summit.)  What would someone make out of it, who is not involved, and doesn’t know the rules of the game inside that buzzing machine. It’s awful that there is no intentional  interaction with ordinary people in this city.

What do you think of a beehive, if you are not the beekeeper? One thought might be: I could be stung.

One of the participants tells me that their Polish hosts here in Katowice have a long family tradition of being proud miners: grandfather, father and son. They are retired or unemployed now and have a very low income. The grandson is an IT specialist, which makes him relatively well off. The guests have observed that it has a big effect on the family that the older generation seems to be the lost generation and depend on the grandson who in her world view has “betrayed” their tradition.

The UNESCO proposes in a slogan: “Changing minds not the climate!”

Yes, but what makes the difference? Is it education or social experience? Lack of communication, lack of solidarity? And if so,  why? And how can solidarity be re-learned within our societies?

And who provides the safe space and the trust to re-learn solidarity?  Are churches able to do that?

I remember the transition process after the collapse of the former communist countries a generation ago. For quite a few people in East Germany there was no real job, only unemployment, or job-creation-schemes or continuing education.  And each term was limited so you went from one to the next scheme without any long term perspective. And I know it was even harder in Poland or in Armenia. And I think  solidarity got lost during that time.

I imagine that those who didn’t really belong to the winners are too tired to go through another transition and if they have to, they don’t want to be humiliated or blamed for having the wrong job.

It’s probably not different in western Europe: Look at the yellow jackets who fight against the rising of the gas prices in France and are an easy target for right wing populist manipulation.

How to organize a just transition? We have not only to mitigate climate change but also social decline.

During a break I met a trade unionist from Belgium whose specific job is to do environmental and climate change education and prepares workers to become proactive in transition.

He thinks the biggest frustration for the workers is being in limbo. “They need a perspective,” he said. “Yes, you will not be a miner anymore, but we have clear alternative so you can already work on and transition.”

Now with too many open questions in climate negotiation every question is open for them too. Once we are clear what we have to change toward zero  emissions, once we know that we have to give up on some things, but will gain others, we can work on the steps for that transition.

The international chamber of commerce quotes this and concludes from that perspective that the business community should have an important seat at the negotiation table and asks governments to pave the way for just transition and provide for education. However, it mentioned its own social responsibility in the small print; and, the word solidarity is not even mentioned.

Let’s see what we all learn tomorrow …