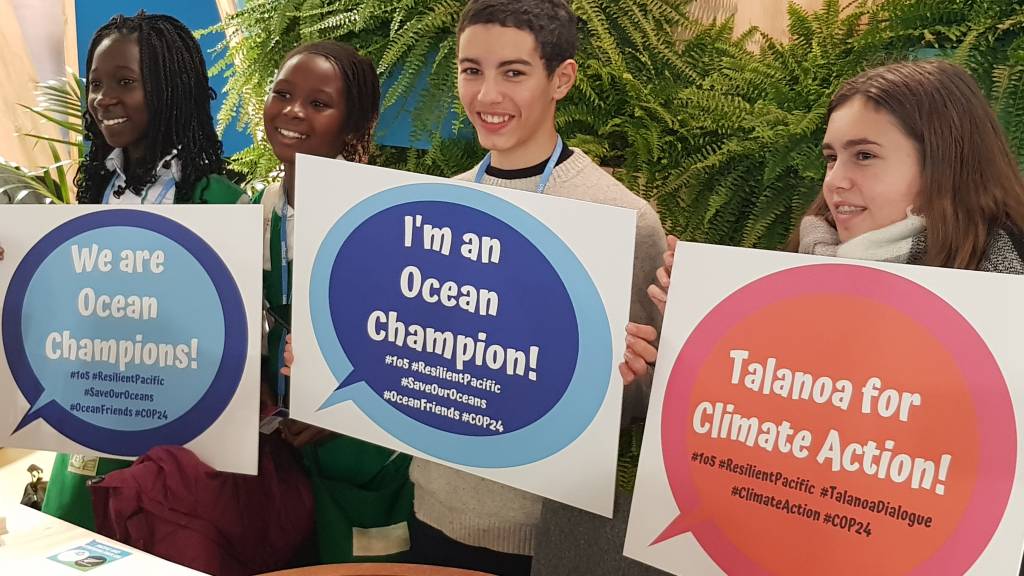 What a privilege to be along with other PCUSA observers at the COP24 in Katowice/Poland. It’s my first COP event and I feel there is so much to share, enough to write a blog.

But I have to say, it’s also my first blog and I guess I start with explaining my specific interest as a regional liaison in Presbyterian World Mission. We just have planned a series of consultations with our global partners about priorities in our common ministries. I believe that climate justice is something we will have to seriously address. Let alone the increasing number of refugees that leave their countries because of climate change related natural disasters.

My other introductory remark has to do with to my activities in Germany. I have worked with the German Greens and environmental groups in local climate debates and actions and know about the hard slog. The day before I left for Katowice I was at a demonstration in Berlin against a continued  coal powered energy supply in Germany and the postponed decision  of the coal commission the German government consults with about when to end coal mining in Germany.

And a week ago the churches and other faith based organizations in Berlin, close to where I live, have welcomed the ecumenical pilgrimage for climate justice from Bonn to Katowice. I walked with them a short distance during their Berlin lap, learned about some personal motivations and joined them for meetings at ecumenical panel discussion with scientists or former government officials involved.

Arriving in Katowice  it was a good grounding for me to begin with attending an interfaith dialogue, prayer service and common supper on my very first evening (December 2). It was called “Interfaith Informal Talanoa Dialogue.”

Sister Jayanti of Brahma Kumaris said in her introductory meditation: “..as faith organizations we offer a vision of hope … the consciousness of being part of one global family that needs to collaborate …and a shared awareness of the sacredness of nature…”

On the next day Monday, Dec 3, I watched part of the opening speeches on TV streaming in one of the side event rooms. Most of the observers are not invited to the plenary of the negotiators.

But to give you an impression of the colorful mosaic of side activities we are able to attend, let me list a few I have visited:

It’s late tonight and I will continue tomorrow. Stay tuned.