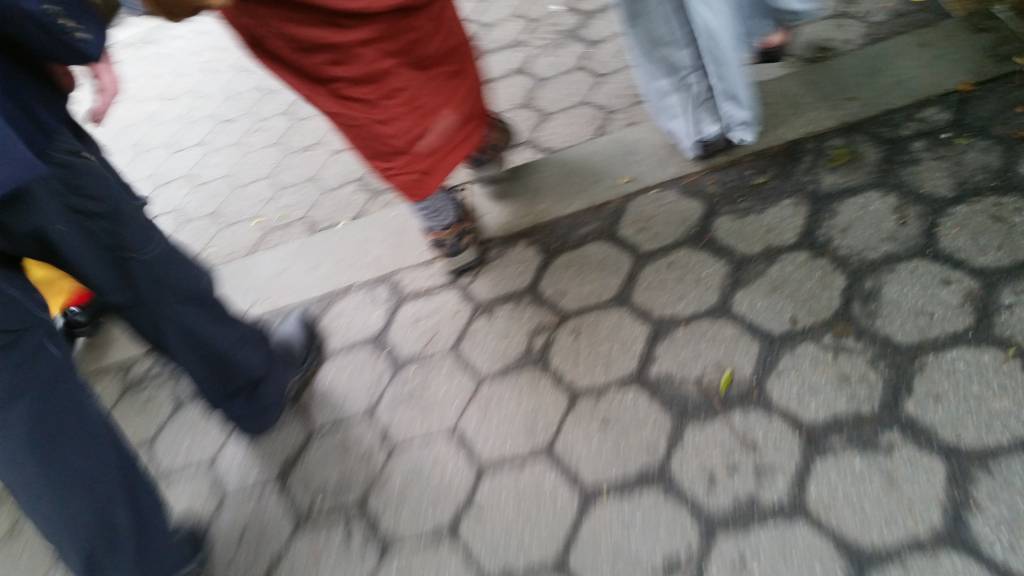 Walking in the footsteps of greatness can be surreal, challenging and wondrous – all at the same time. I discovered this during the June 5-7 “Ministry in the Time of Climate Change” event at Union Theological Seminary.

This event was more of a convergence than a conference, in that many notable leaders of climate and environmental justice groups were in attendance. Notable theologians and brilliant legal minds mingled with Native leaders and those of us who were simply there to learn; even notable folks – like former Vice President Al Gore – acknowledged the need to learn from our presenters; he participated in the conference with us for the entire three days. 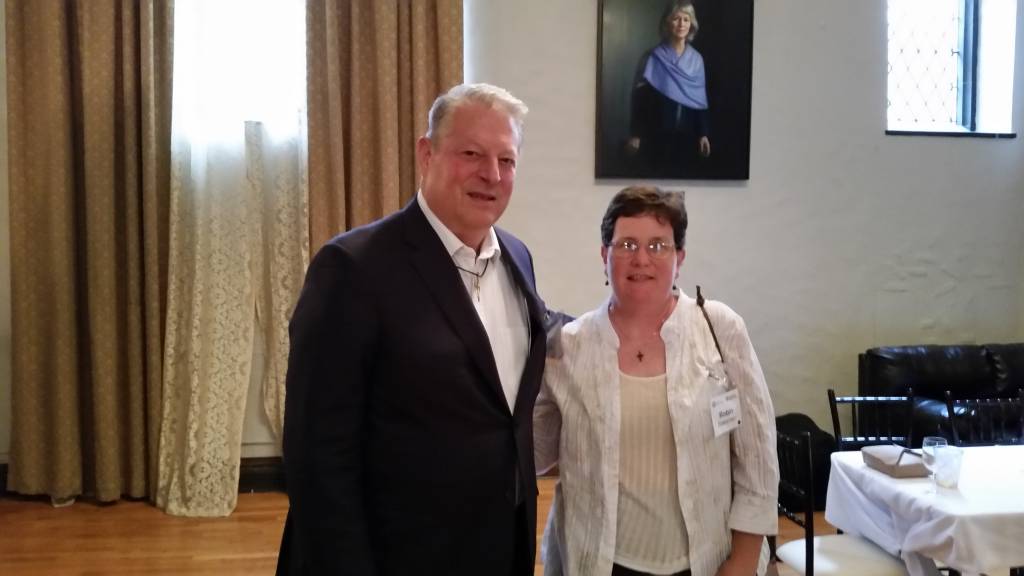 Throughout that time, our ceremonies and symbols were mostly Interfaith in nature. Panels and presenters were from incredibly diverse backgrounds and affiliations. It was, in short, a chrysalis of wisdom and networking – an event which could inspire a brand new “Great Awakening” in this land.  I believe Kareena Gore and the Center for Earth Ethics, and Al Gore’s Climate Reality Project are to be credited with organizing one of the most unique gatherings of faith leaders and learners ever. 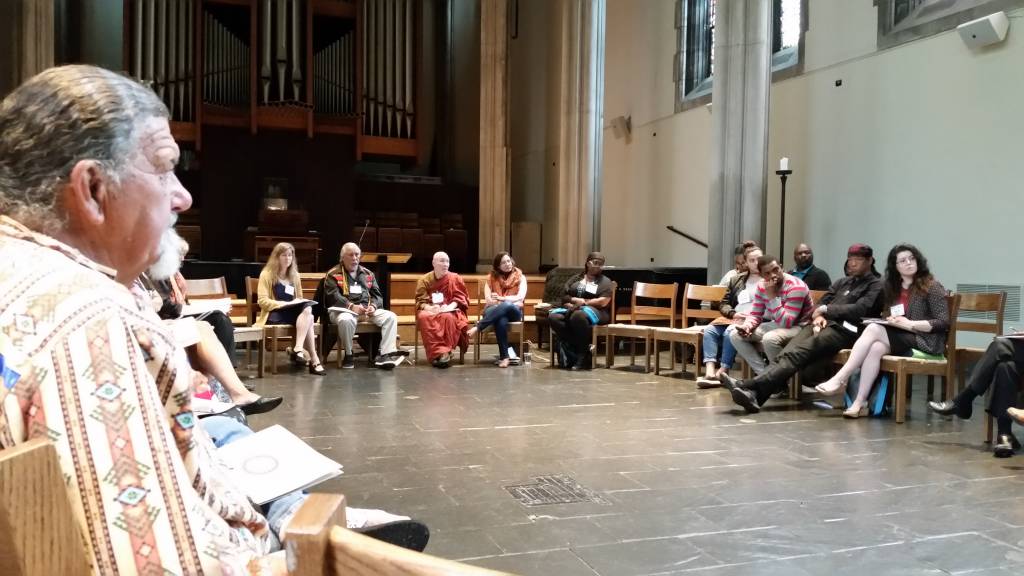 A nearly equal number of participants and presenters, (about 70 people, total), allowed for sharing of ideas and learning across boundaries that was a unique and potentially life changing experience for all who attended. I felt incredibly privileged to be among the participants; it was a surreal gathering at times. We heard about the upcoming release of Inconvenient Sequel, (late July 2017), and the ongoing need to speak highly inconvenient truth to power – directly from Al Gore. We were inspired and challenged with the incredible need for all faith leaders to become activists, as well as all activists to become spiritual – from Cheryl Angel, notable Lakota elder, Standing Rock camp leader. She also informed us that our primary calling at this point in time is to protect the waters surrounding us, that we depend upon for our very lives – at home and in our places of business. There is no more time, she said, for debate and excuses; everyone who cares about clean water and clean air must get involved and active in whatever way they are capable of doing. This challenging thought was echoed by Al Gore’s presentation to us, which detailed the magnitude of climate change effects already in process on this planet – our only home. All of this was, unfortunately, set against the jarring back-drop of our current political and regulatory climate.

Perhaps the most powerful, and surprising experience for me was that of observing and participating in Aztec Prayer dancing; this is something I will remember all my life because it moved me from a place of deep fatigue to an energized state that allowed me to be aware of the connectedness of all people on this earth. This was due to the fact that the prayer dancing aroused in me the same feelings of “being home” that Appalachian clog dancing does. 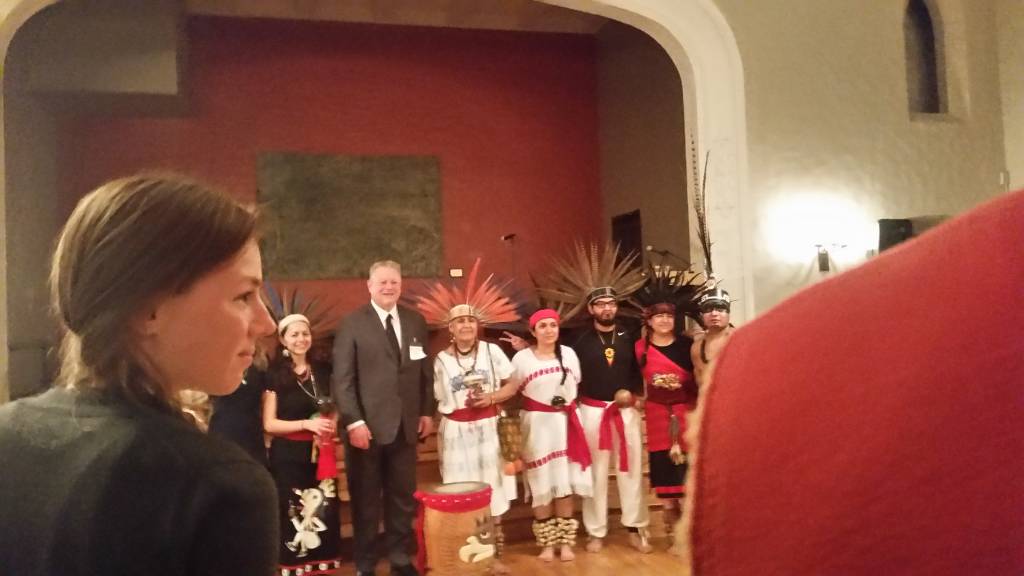 When we were invited to join the dancers for a “friendship dance” I uncharacteristically jumped up to do so; as we danced our way around a social hall I thought two things: 1) I would bet this is a first for Union Theological Seminary, and 2) Wow, this is the most incredible labyrinth I’ve every walked – er, danced. As we wove our way through columns of people, I noticed that everyone had a broad smile on their face. If more people of diverse communities could engage in THIS kind of spirit filled dance – praying with our feet and joining hands with our neighbors – we really may achieve some semblance of world peace. I was so moved by this experience and by conversation with other Native leaders that one of the main commitments I came home with is to try to connect with Native leaders in my “home” area as often as possible. To this end, I did so last Friday night, engaging with three other “newbies” in a water ceremony, led by Marshall University Native American Student Organization representatives, at the Ohio River.

The symbolic nature of this event will be something I will be reflecting on for a long time. The symbols I took to the event may be worth noting here: they were 2 seeds – one large broke open seed – and a smaller one of mysterious origin to me. The larger seed was definitely a walnut; the smaller could have been an acorn or another such tree seed. It was not yet broken open. I chose those two objects because Central Appalachian forests re-seeded the Northern part of our continent following the last Ice Age. These two seeds were small and easily overlooked; I placed those seeds on the table provided for such a purpose, in the same social hall where we had our meals and where we engaged with the amazing Aztec prayer dancers. As the week went on, I noticed some much larger and more impressive symbolic things had been added to that table and worried my seeds would be lost.  Somehow, by the end of the convergence all the symbols became arranged in a beautiful and amazing tapestry and my seeds actually “anchored” some of the corners of the design. 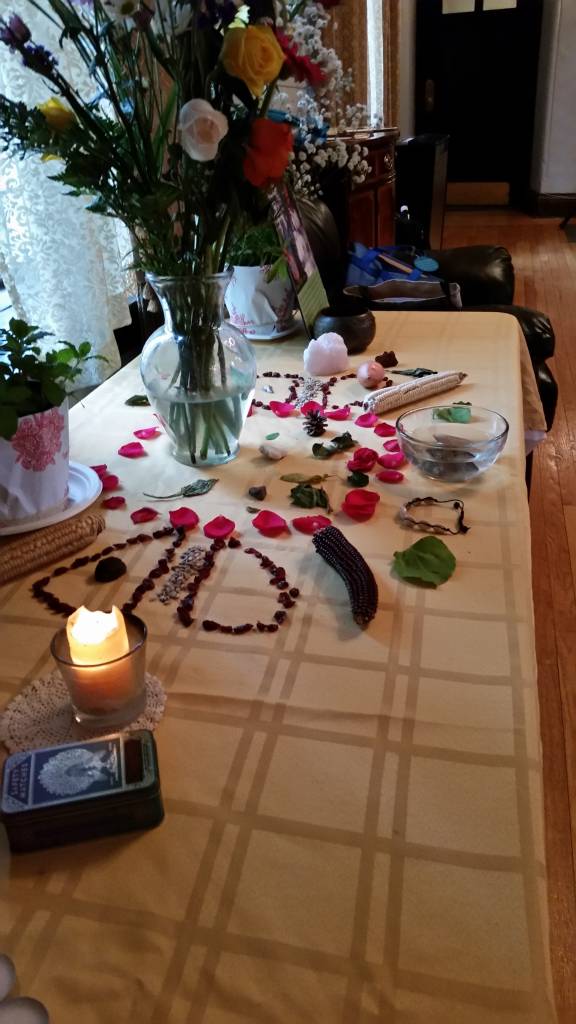 May it be so for our lives and our work – in such a time as this.


One Response to “Ministry in the Time of Climate Change: Reflection by Robin Blakeman”