By Bee Moorhead, Executive Director of Texas Impact and Presbyterian representative to the United Nations climate talks in November 2016

So much has happened since November, it’s hard to imagine that just eight weeks ago I was in Marrakech, Morocco, watching as world leaders discussed next steps in the international effort to limit and respond to climate change. My daughter, Oona, and I were honored to represent PCUSA at COP22—the 22nd annual United Nations global climate negotiations. 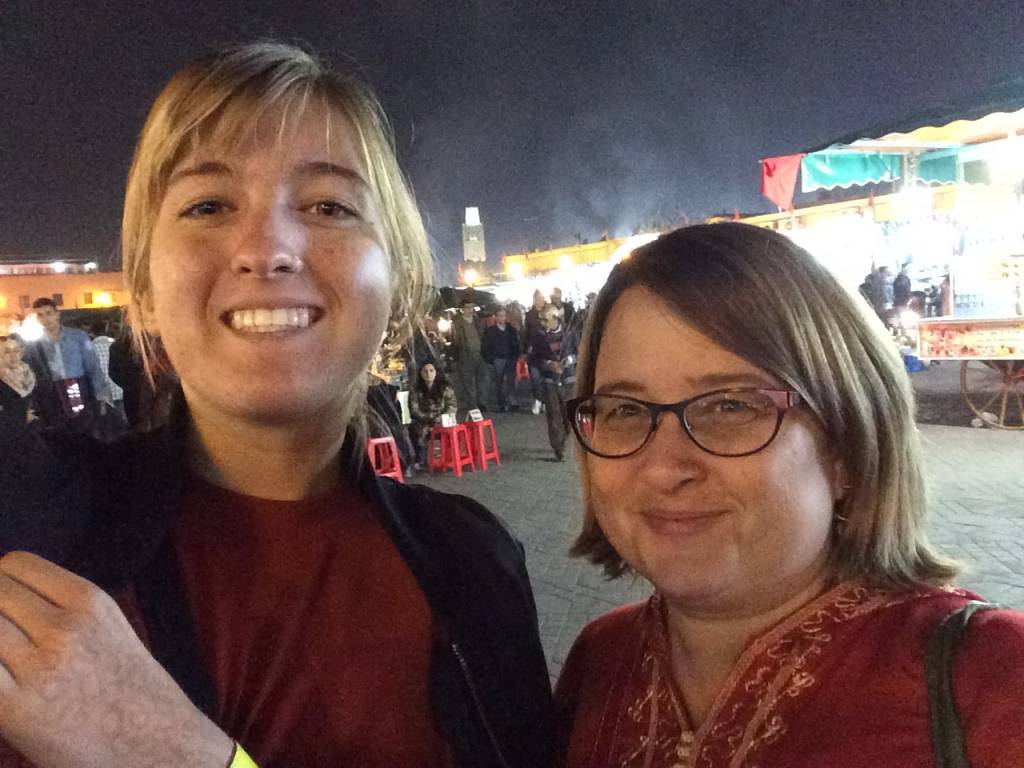 Bee and Oona Moorhead at Jemaa el-Fnaa in Marrakech

This year’s COP was very different from the historic COP21 in Paris, where the nations of the world adopted the Paris Agreement—a roadmap to reduce greenhouse gas emissions, limit global temperature increases, and ensure that all the people of the world receive assistance in adapting to the changing climate. COP21 was a galvanizing event that resulted in a far-reaching agreement; COP22 was termed “the COP of action,” where the focus was less on lofty ideas and more on nuts and bolts.

As credentialed observers, Oona and I had the opportunity to attend briefings and meetings with members of the US delegation, COP leaders, and representatives of other nations. We also got to attend a wide variety of workshops and presentations on climate-related topics. In choosing where to focus our attention, Oona and I were attentive to PCUSA’s priorities for climate policy, which include special concern for human rights; the poor; and the needs of women and children.

We also focused on opportunities for individuals and congregations to take action. Climate change is an overwhelming issue, and global climate policy is beyond the level of policy engagement for many faithful advocates, so it’s important to identify significant, doable steps people can take to advance the overall goals.

Women are disproportionately impacted by climate change, and they have much to gain from climate solutions. There were many women in leadership roles at COP22, including the Climate Champions (http://newsroom.unfccc.int/climate-action/global-climate-action-agenda): Ms. Laurence Tubiana, French Ambassador for climate change and Ms. Hakima El Haite, Minister Delegate to the Minister of Energy, Mines, Water and Environment of Morocco. We heard inspiring presentations from women including former President of Ireland Mary Robinson; Mayor Celestine Ketcha of Bangangte, Cameroon, and Texas’ own Diana Lopez of Southwest Workers’ Union. 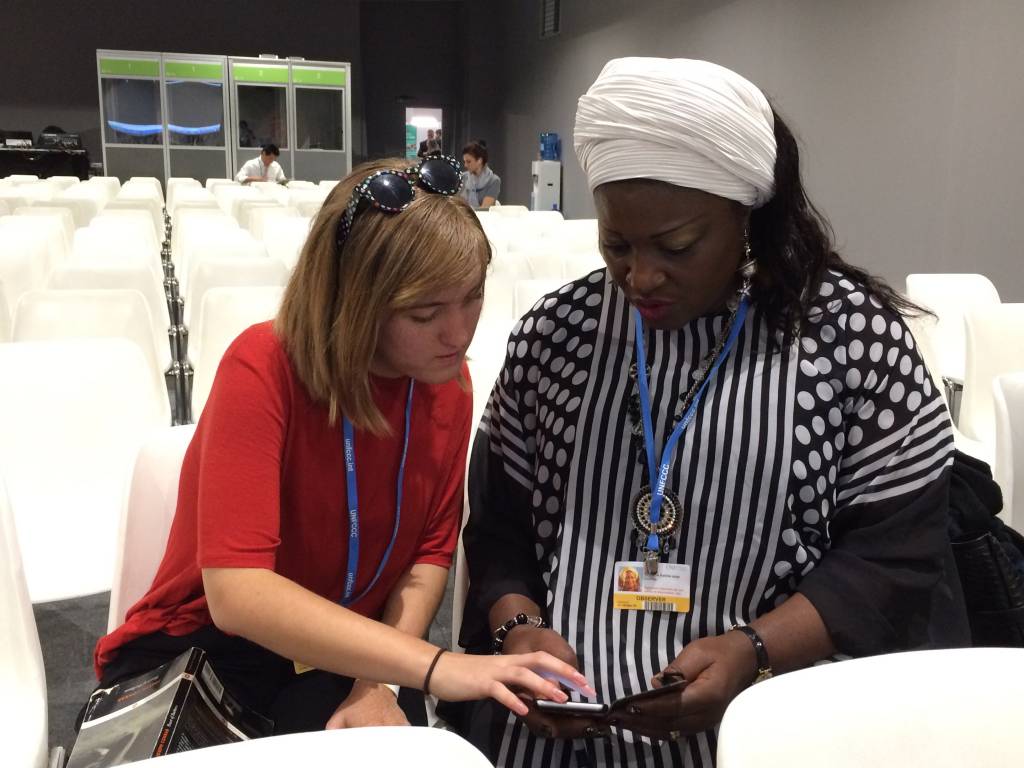 Oona attended a number of sessions on women and climate, and said she was particularly surprised that women are disproportionately impacted in developed countries, as well as developing ones. In developing countries, climate impacts are related to functional areas such as household management and mobility. In developed countries, the impacts are more related to violence against women, which researchers find increases after natural disasters (read an interesting new study about that here: https://www.researchgate.net/publication/303395185_Gendered_violence_in_natural_disasters_Learning_from_New_Orleans_Haiti_and_Christchurch). Oona noted that understanding there is a connection between climate impacts and violence against women in developed countries made climate change much more personal for her. She also stressed that women in the U.S. “need to really grasp that women are not treated equally throughout the world.”

Oona also attended sessions on youth and climate. She said that the COP session on youth focused on engaging youth in climate action, rather than on climate impacts particular for youth. Relatively few youth participated in the COP. Oona pointed out that the COP process is primarily a diplomatic event, not an educational one, and contrasted her experience at COP with other large conferences that were exclusively educational. 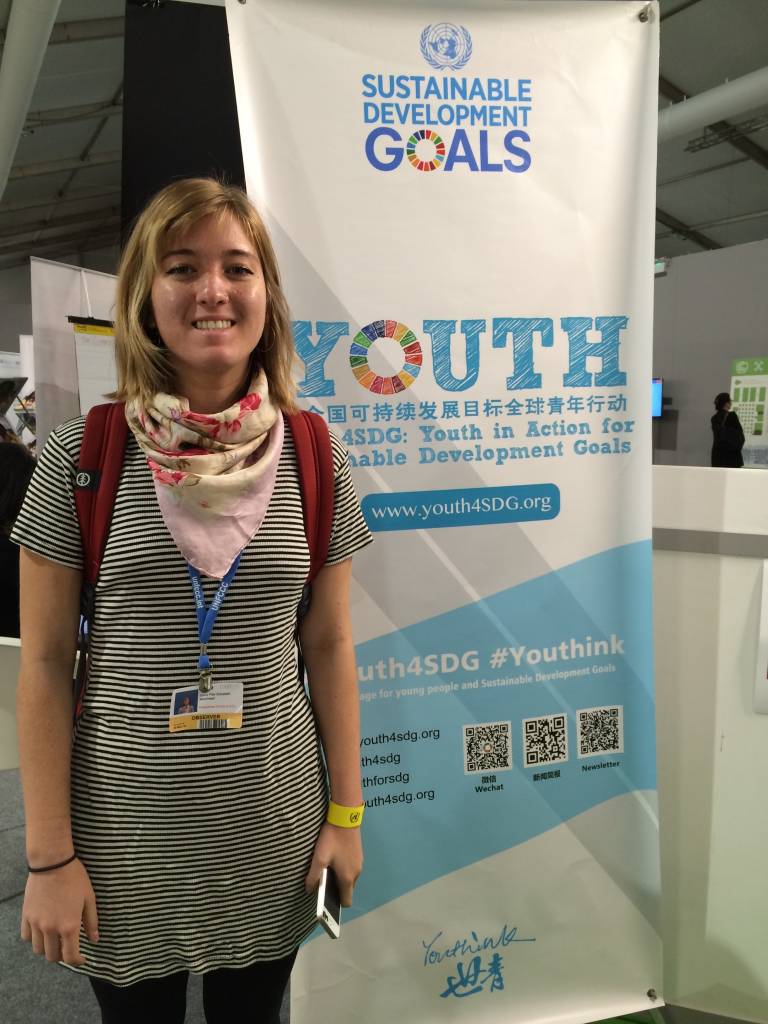 I attended several sessions focusing on state and local strategies and clean energy. I left the COP more convinced than ever that local communities hold important keys to addressing climate change. While national governments set the goals for greenhouse gas reductions and other climate actions, most of the implementation of strategies to achieve those goals will occur in local government settings—something the Climate Champions stressed repeatedly. The new Global Covenant of Mayors for Climate and Energy is providing a platform for cities to share information and hold each other accountable (find out more about the Global Covenant and how your city can join here: https://www.globalcovenantofmayors.org/) 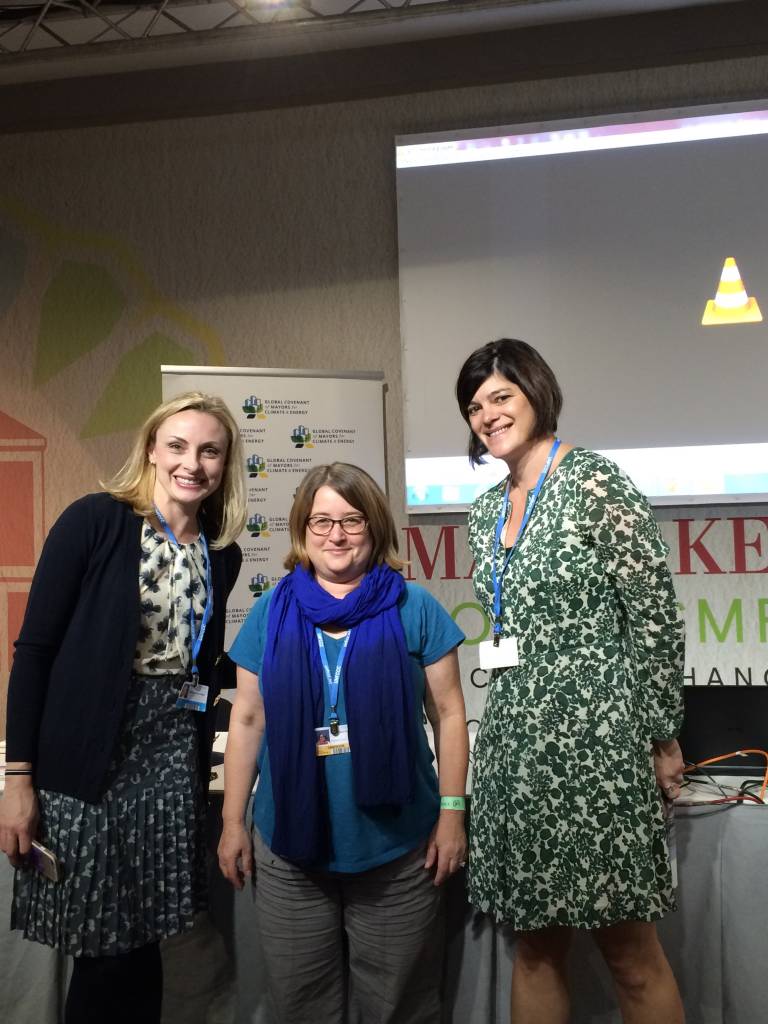 The focus on local action is empowering for faith communities in the U.S. and around the world. While influencing the negotiations of a global treaty seems out of reach for local congregations, influencing the local community’s decisions about water conservation; electric generation; land use; and other climate factors is within the grasp of even very small churches. Furthermore, congregations often have detailed knowledge about low-income and other vulnerable members of the local community, and can advocate solutions that are good for both the environment and the people who live in it.