Photos and content provided by Rev. William Somplatsky-Jarman, former Coordinator for Mission Responsibility Through Investment and long-time member of the WCC presence at United Nations COPs. Bill is reporting from the UNFCCC COP22.

Yesterday in Marrakech, Morocco, as the United Nations’ Framework Convention on Climate Change’s Conference of the Parties (COP) 22 nears an end, members of faith communities presented Ecumenical Patriarch Bartholomew’s statement to the UN. The statement stressed the urgency of addressing climate change as a matter of justice, and urged the countries to move forward. Tread the statement, click here. 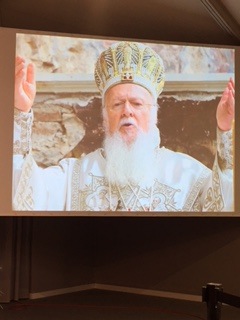 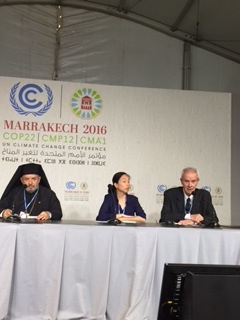 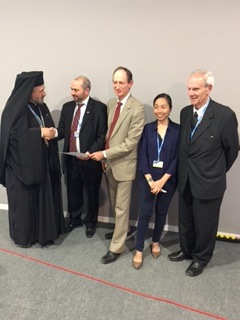 The statement was presented to Mr. James Garrett of the United Nations Framework Convention on Climate Change Office on Sustainable Development.  Also participating was Mr. Stewart Scott from a Religion and Science organization.