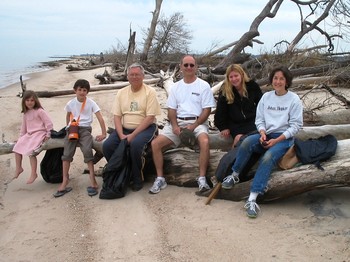 In rural Virginia, a nearly 30 year old church with around 230 members, St. Andrews Presbyterian Church in Kilmarnock, VA, enters its 5th year of being certified by the PCUSA Earth Care Congregation programs. Starting a number of creation care efforts before the certification program was available, St. Andrews has made steady progress of linking faith, daily life, and caring for the earth.

Judy Thomson, Associate Pastor of St. Andrews, connects with the church’s Creation Care Alliance (which has its own logo, designed by a member of the congregation). Thomson says that the church’s efforts began early on with an energy audit of the building and a number of changes that came from that. She explains, “Our kitchen and fellowship hall are fully set up for recycling paper, glass and aluminum. Throughout the whole building, we have paper recycling bins. All our exit signs are changed to LEDs. We repaired windows, and eventually we bought energy efficient HVAC units. We also have signs by all the light switches, reminding people to turn off the lights if they’re leaving the classroom or office.” While not yet able to afford all the most efficient or renewable energy items, the church has also done things like lessening the water in the toilet tanks and has researched solar panels so that they are poised for the future, if at some point replacements or new technology does become affordable. 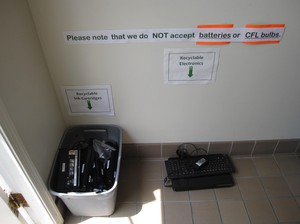 Some of the environmental services that started out as congregational projects are being used by the surrounding community. Thomson says, “We recycle ink jet cartridges and for more than our church alone. The word is out in the community! People in the community come by to drop off ink cartridges. And, computers as well. Tom Coye (the pastor) collects anything that has a motherboard and takes them periodically to a place 30 miles away to recycle them.” The local community sees St. Andrews’ Creation Care Alliance at work on its semiannual trash pick-up days along a nearby road. Signs reading, “Caution: Presbyterians at Work,” were given by a Creation Care Alliance member to alert drivers to the workers’ presence as well as to provide some publicity for the church. 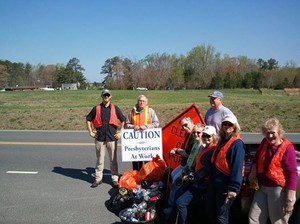 One unique aspect of this church’s ministry is the field trips congregational members take to learn about organizations and processes in their area that are for the good of the earth. The church has taken a trip to a sustainable farm called Polyface Farms (mentioned in the book The Omnivore’s Dilemma). They also visited an oyster farm that services restaurants as far away as Washington DC and New York City. Thomson shares, “Oystering around here used to be a big business. Then, a lot of the watermen had to go out of business because of oyster disease and over-harvesting. There’s been a major effort in the last few years by entrepreneurs to re-establish oyster colonies. Because people will pay a fair amount at a restaurant for oysters, this revitalization of the waters and oyster beds is a win-win situation for the environment (oysters filter water) and for the business person.”

Coye describes other trips the church has taken. “We went to a landfill and got first-hand instruction on how they work, the layering and venting they do. We went to a composting area where people bring in all manner of yard debris and it’s turned into compost. We saw an energy facility that burns garbage on one end to produce energy on the other end—a micro system, where it produces energy within the facility to use for the facility. A good example of waste becoming something useful!”

On a field trip to a nearby urban recycling facility, congregants got to see the recyclables collected, sorted, and bailed. Coye believes this is its own kind of evangelism of a sort because we are often suspicious that recyclable items doesn’t actually get recycled. So seeing it in person is a confidence booster, and the trips have led to credibility that what we do at church with our own recycling does, actually, matter. 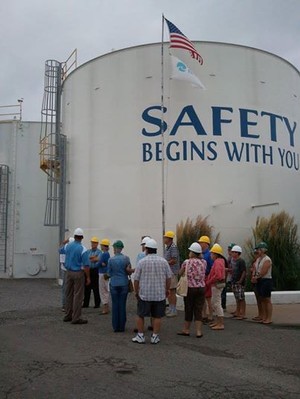 At the church itself, Thomson says one annual event is the church’s Creation Care Sunday. Worship includes creation themes and the coffee hour is sponsored by the Creation Care Alliance. There is also a big drive to collect used electronics for recycling and old sneakers to be repurposed (by a nearby Nike facility) into surfaces for athletic courts. During Lent one year, the Creation Care Alliance sponsored a daily Lenten devotional program that had an environmental theme and featured comments from the PCUSA and other mainline Protestant denominations.

When asked what the church’s creation care ministry does, Coye believes that it encourages the people who are already involved to become more involved. It solidifies members’ commitment to the congregation when the congregation meanwhile demonstrates the members’ values. “Many in this church have moved here in the last ten years, “ he says. “We don’t have a long history of being a church. We continue to do evangelism within our own membership.” Thomson joins in, “Organizationally at St. Andrews, the Creation Care Alliance is actually under Fellowship because our activities prove to be a way that newer people can connect with older members and get involved more.”

In addition to many energy efficient updates of church facilities, field trips in the community (including an annual road-side trash pick-up), worship and education, the church also has a wildflower garden in back to attract pollinators. And, each issue of the church’s monthly newsletter (distributed primarily electronically!) has a theological reflection or article about creation care. A member of the congregation who is a former newspaper reporter writes these pieces and strives to base them on Scripture. 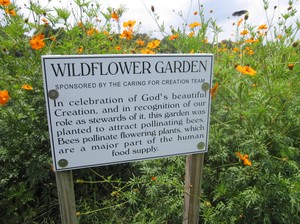 Thomson shares, “Getting our church as green as possible over a period of several years was a significant thing. We do what we can within budgetary constraints. We gave a small amount of money through a KIVA micro-loan to someone in Mongolia to switch from a coal-burning system in his home to electric.” In all of these ways, this church continues to engage local and even global ways of caring for God’s creation, as it continues to grow and deepen in its biblical witness of being good stewards of the earth.