Monday marked an important moment in our care for God’s creation. The EPA, as part of the President’s ongoing climate action plan, has passed guidelines for curbing carbon pollution from power plants. As it says on the EPA website, “Power plants are the largest source of carbon pollution in the U.S., accounting for roughly one-third of all domestic greenhouse gas emissions. Nationwide, the Clean Power Plan will help cut carbon pollution from the power sector by 30 percent below 2005 levels.”

This is the first such national action on curbing power plant pollution in this way, and it is a long-needed, crucial step, even as there are many more steps to be taken, at both state and federal level. We celebrate this victory and we move forward in each and all of us trying to continue to curb carbon pollution and to care for all God’s earth and people.

For this week’s statement on the release of the EPA’s new power plant guidelines by the PCUSA Office of Public Witness Reverend Dr. J. Herbert Nelson, II, click here. For his prayer and statement offered during the hearings, leading up to this moment, click here. 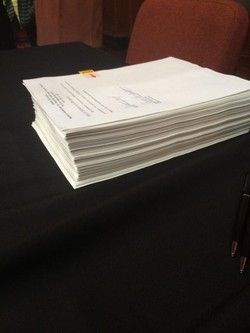 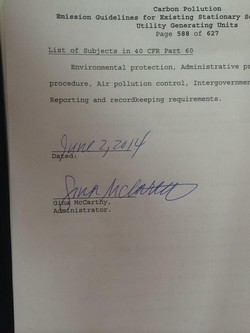 To learn more about the Carbon Pollution Standards, go to the EPA web site at: http://www2.epa.gov/carbon-pollution-standards