New York Avenue Presbyterian Church hosts Professor Kristin Henning, a lawyer and scholar who wrote about how we are criminalizing Black youth 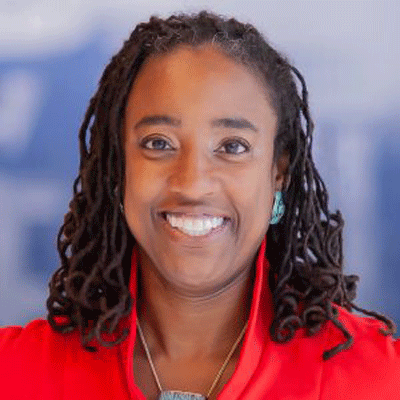 Professor Kristin Henning, who teaches at Georgetown Law, directs its Juvenile Justice Clinic & Initiative and wrote “The Rage of Innocence: How America Criminalizes Black Youth,” was a recent speaker in New York Avenue Presbyterian Church’s McClendon Scholar Program. More than 500 people from across the country registered to attend the online event.

Henning opened with this surprising statistic: In 26 years representing children accused of a crime or crimes in the District of Columbia — many of those years as the lead attorney in the juvenile unit at the public defender’s office — she represented only four white children. “That’s it. Every other child has been an African American child,” she said. “That statistic should cause every single one of us to gasp in horror.”

“I wanted to understand how these disparities are impacting Black youth. I wanted to know whether disparate policing and criminalization was making America any safer, or are we just hurting ourselves and our children? What can we do about it? The book arises from that set of questions,” Henning said.

A girl Henning calls Cherise in the book is illustrative. At age 17, she had an argument at school with her boyfriend. Convinced he was cheating on her, she grabbed his cellphone, walked away and started scrolling through his text messages. A school resource officer saw their encounter and arrested Cherise in front of her classmates. The next day she was brought before a judge and prosecuted for robbery. “On paper, she looks like a serious felon,” Henning said. “But really, she’s a normal teenage girl.”

In fact, Henning said, very few people under 18 “are engaged in the violent crimes we are most afraid of. The juvenile courts are populated by children like Cherise. Teenagers are impulsive risk-takers and fairness fanatics. They do what they think their friends are doing. They care more about the immediate rewards than they care about future outcomes.”

“For the most part, we treat white children with tolerance and grace,” Henning noted, while Black children “are criminalized for nearly every feature of adolescence, including talking back to adults, having a party, experimenting with sex and playing with toy guns in the park.”

And when Black children do commit a serious crime, “we are more likely to treat them as if they are beyond redemption, to prosecute them as adults and find them guilty and send them to an adult prison,” she said.

“Black children are paying attention,” Henning said. “Black and Latino children are aware of the ways they are disparately treated in society.” Most of the distrust of police transfers to other authority figures, including teachers and counselors, she said.

“The criminalization of adolescents breeds delinquent behavior,” she said. “We are doing ourselves a real disservice. I care madly about public safety, but we have to get it right.”

During a question-and-answer session with Madalena Aspiras following her talk, Henning said she relied on a “shock and awe” file to help her write her book, which was published in 2021. The file held police reports and court files “that really caused me shock,” Henning said. “When I went to write the book, I looked at those and experienced some secondary trauma.”

“We should all do this and not become complicit and accept the day-to-day routine of the work we do,” Henning said. “We need to be alert. These are stories that need to be told.”

Asked about the role faith plays, Henning said it’s “100% what sustains me in this work.”

“Treating humans with dignity and respect arises from everything I learned from my faith,” she said. She suggested “getting proximate to the young people who are impacted” by becoming a mentor or tutoring them.

Almighty God, we are thankful for the example set by your Son, Jesus Christ, in reaching others through his preaching, teaching and healing. Undergird our churches as they seek to follow that example faithfully in the places where they serve in his name today. Amen.