Academic space in Argentina serves God’s mission in the world

There are still so many wonderings about what the church would look like, to face the current state of affairs in the world. What does it take to transform entire generations into disciples of Christ on their journey witnessing that a better world is possible?

Here is the story of an initiative called REET (the Ecumenical Network of Theological Education):

This institutional project aims to resume and expand, in a deeply renewed institutional and programmatic format, the Latin American and global projection of the prestigious Superior Evangelical Institute of Theological Studies, which functioned as an official university institute between 2001 and 2016. In a sense, the space seeks to resume the basic and non-delegable principles of the rich common tradition of River Plate ecumenical Protestantism in the field of theological education, as set forth in the Declaration of Commitment signed by the sponsoring churches: 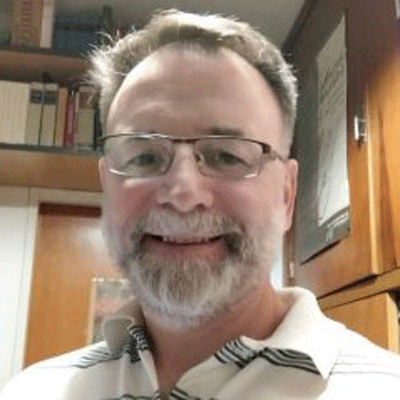 Daniel Carlos Beros is the General Coordinator of the Systemic Theology Area of the Ecumenical Network of Theological Education (REET).

Based on this, REET sets out to promote the creation of a renewed and quality academic space for theological and ministerial education, at the service of the churches, their communities of faith and any interested person, as well as our peoples and societies in general.

Through REET, the sponsoring churches have accepted the programmatic challenge, which is expressed in the name of the space, contributing to the articulation of a network of exchange and academic cooperation between various national and foreign educational and university institutions.

The churches of the ecumenical Protestantism constitute religious and cultural minorities that, with their testimony, service and participation, have contributed significantly to the common good since the beginning of the organization of nation states of the River Plate basin.

An approximate estimate of the real dimension of the current needs for reflection, training and research in the field of theological education in the country and the region must consider, in addition to the strictly academic aspects, the specific characteristics of the theological profile and ecclesial imprint of the ecumenical Protestantism. Likewise, the specific conditions and challenges that are posed to their churches and other related institutions must be taken into account, in the context that is evident at the beginning of 2022, namely:

This set of realities, factors and problems, which configures and impacts in a particular way on the ecclesial context of ecumenical Protestantism in our country and the region, does not exclusively affect its communities. Rather, it is equally relevant to a wide range of institutions, religious groups, and people of diverse denominations and worldviews, far beyond their confessional, institutional and geographic boundaries.

Holy God, provider of our daily bread, fill us with grace and use us for good, until we feast with all your saints in glory, through Jesus Christ, the bread of life. Amen.