What did we expect?

Expectations can sabotage ourselves and ministry

She was disappointed and deflated as she reflected on three years of pastoring her church: This isn’t what I thought ministry would be like. Trying to be as gentle as possible, I asked, “What did you expect?”

“I don’t know,” she replied, “I just thought they’d be more interested in mission and growing the church. I didn’t expect them to be so … so …” her words drifted off. I offered suggestions — resistant, grouchy, irritating, childish, stupid … poopy? 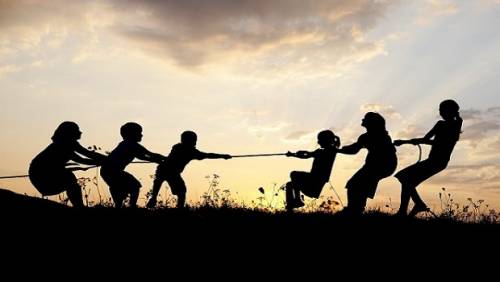 “All of them,” she answered.

Working with pastors of struggling churches, I’ve been increasingly asking them what they expected. How does it differ from what they’re facing? What’s clear is that many are disappointed with their churches for not meeting their expectations. Thus the question arises: Are our expectations realistic?

Our seminary training, too, has taught us to have lofty expectations. We’ve been trained to expect our churches to be missional, spiritual, biblical, welcoming, and thriving — or at least to respond to our attempts to make them so. We expect to go to a church that’s been declining and struggling for years, and (with a little bit of leadership and tinkering) help them become growing, thriving congregations. Is this realistic or just overly idealistic?

As a therapist I’ve learned to keep my expectations for my clients limited to what is actually possible, rather than on what I may want for them. In other words, I may want my clients to become fully thriving, happy and productive people, yet the best I may be able to do is to help them manage their depression, cope with truly terrible situations, and reduce their anxieties to manageable levels.

From the field of spirituality, I’ve learned that joy and gratitude are found in accepting what is and how God is in it, rather than lamenting what isn’t and wondering where God disappeared to. The more we idolize our expectations, and obsess about our disappointments over how they’ve failed to meet our expectations, the harder it is to find God’s presence in our ministries.

In essence, is their ministry a response to God’s call in that particular context, or a response to their need to be seen as “successful.” One pastor responded, “Well, I have to show tangible results so people won’t think I’m a failure.” The problem is that her focus on being a productive success has gotten in the way of her being the pastor God’s called her to be.

Starting where they are

Throughout my career I’ve been cultivating an approach to ministry that starts with where churches actually are rather than where I wish they would be. Grounded in my counseling and spiritual direction training, I’ve learned to start with an acceptance of reality in order to focus on what they can do rather than what I would like them to do.

For instance, in mission can they do better or is what they’re doing as good as they can do for right now? If all they can do is raise funds for mission, how do I appreciate and cultivate that while slowly developing small opportunities for hands-on mission — food bank collections, coat drives, Meals-on-Wheels, trash-and-treasure sales, and more — that will train them for larger mission later?

I’ve tried to help them feel good about what they are doing, rather than criticizing them either publicly or privately for not doing enough. In the process I’ve slowly helped them become open to other ideas — a weekly worship service in a local retirement center, setting up a $5,000 fund to help people in dire or emergency situations, changing the church’s coffee hour coffee to an equal exchange brand.

I’ve lived by a motto, “One small step for the pastor may be too giant a leap for the congregation.” In other words, we often expect them to be more flexible, adaptable, energetic, passionate, insightful and committed than they actually are. When they don’t meet our expectations, we become hurt, disappointed, frustrated and even angry, which starts us down a path of leadership decline. At this point our ministry begins to diminish because we lose our energy and drive for lovingly leading them.

We’re in a period where perhaps 70%-80% of our churches are in decline. That’s our reality. Do we start ministering to churches where they realistically are, or do we start with what we idealistically want them to be despite their long-term decline. In my career I’ve helped two churches grow after declines — one after a slow, 25-year decline, the other after a precipitous 85% decline over 5 years. In both cases, we stayed grounded in where they actually were and helped them grow incrementally by making sure our expectations were rooted in what was realistic rather than idealistic. We focused on what they could do rather that what we felt they should do, and then built upon that.

For many pastors, the Covid-19 pandemic has helped them become grounded more in reality since pursuing the idealistic isn’t really possible. It is teaching them to temper their expectations and serve God by doing what’s possible.

The realistic foundation of ministering to a church is to start with loving them as they are, and then encouraging them to take faltering steps forward that by slowly build confidence, hope and possibility.

The Rev. Dr. N. Graham Standish, is executive director of Samaritan Counseling, Guidance, Consulting in Sewickley, PA, and directs their Caring for Clergy and Congregations program. He is the author of eight books on spirituality and congregational transformation, including his latest one, “…And the Church Actually Changed,”  (www.ngrahamstandish.org).