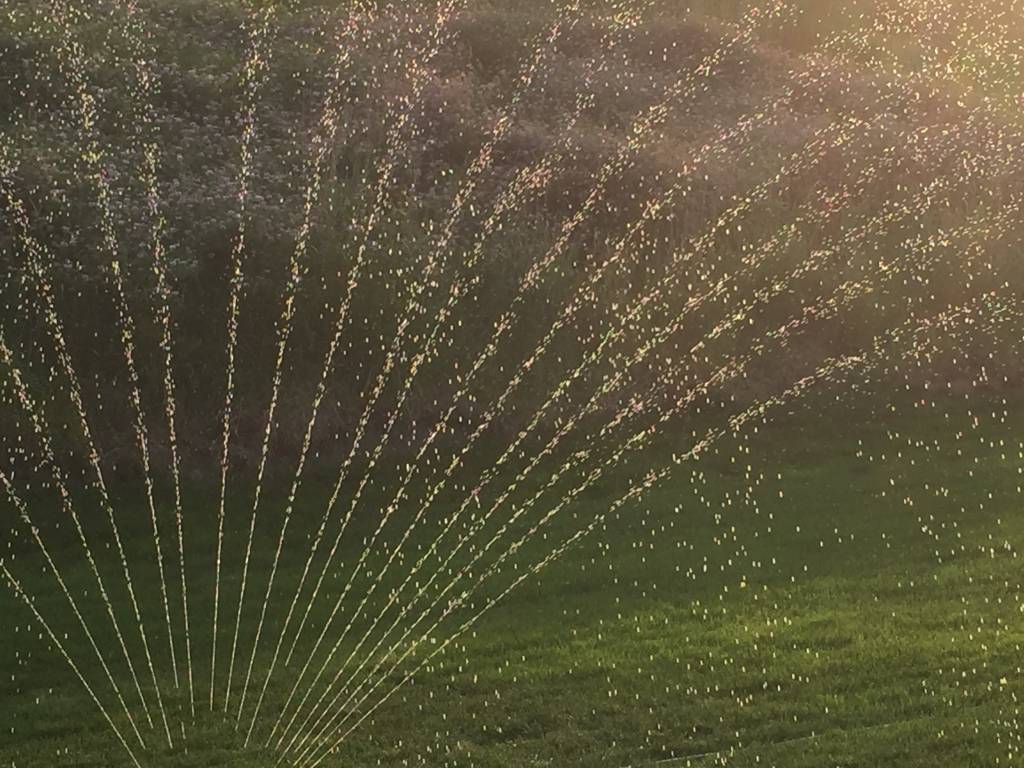 Bumping through the Lord’s Prayer

In my pastoring days, I often invited the mourners at the graveside to join in praying the Lord’s Prayer. I suppose it was a vestige of Christendom culture, the assumption that most everyone there would know the prayer by heart, but in our rural town most did.

The recitation of the prayer gave those gathered a chance to participate, to place a verbal stone on the grave marker. Their voices sounded united and strong and full of faith, right up to the line that begins, “Forgive us…”.

You see, we tended to draw a mixed crowd for funerals. The desire to honor the dead and to support the family often overrode the taboo around entering a different church or hearing a different priest or minister.

So when we prayed the Lord’s Prayer at the graveside and came to the petition about forgiveness, the Disciples would join the Presbyterians on debts, but the Methodists, the Lutherans, and the Catholics would veer off into trespasses, which was two syllables longer and threw off the timing, a difficulty only compounded by the variations in the next phrase that starts, “As we forgive…”.

I tried cuing the words at the beginning. I tried teaching confirmands an ecumenical common-text version. I tried speaking the word debts more softly and giving extra time for trespasses.

It used to bug me. Why can’t Christians pray the same Lord’s Prayer?

But then I made a pilgrimage to Geneva. (Not Wisconsin. Switzerland.)

Reformed churches predominated in the city of Calvin, but a few other brands had a presence. I attended worship at one of those, a Lutheran church, if memory serves.

The majority of the liturgy was in English. Though not the first language for many attending, in a city of global commerce and world diplomacy, it was a language most had in common.

When we came to the Lord’s Prayer, the pastor invited us to speak the prayer in the language we first learned it. And we did. In Norwegian and German and Portuguese and Spanish and Korean and Arabic and Swahili. This was no minor scuffle between Methodists and Presbyterians over trespasses and debts. This was a major linguistic mashup.

And it was beautiful. Holy and unexpected and beautiful.

Like bird song and frog chorus overdubbed with the music of cicadas just emerging after 17 years underground. Like “Halleluja” and “Thank you, Jesus” stirred into glossolalia praise. Like a choir drawn from every people, tongue, and nation.

I decided that if God could bless the Our Father prayed in all those languages at once, I could quit stressing about traditional differences in the wording.

So now I like to invite folks to pray the prayer using the words they know best.

It doesn’t tend to be tidy. But it does draw us together and take us back to Jesus and aim our hearts toward God.

And the word bumps? I’m trusting God to sort them out.

Ken Rummer writes about life and faith from the middle of Iowa by the High Trestle Trail. Previous posts are available at http://presbyterianmission.org/today/author/krummer