When I started my ministry there, the membership was almost exclusively of Japanese descent and a few members voted against me in the congregational meeting, because I did not speak Japanese. It was understandable: I was the first pastor not of Japanese descent in their 84-year history.

However, our journey together did not start with reservations by some of the members, but rather with my declining of their invitation to serve as their interim pastor roughly a year earlier. My wife, Carolyn, our two sons, and I had returned to California from being PC(USA) mission co-workers in Indonesia, where I had been teaching at the Jakarta Theological Seminary.  I had finished a book on cross-cultural counseling (then a new field) which had been the topic of my dissertation. The subject had been my focus for years, so that it had become a perspective with which I viewed the world.  After I preached a sermon during Sunday worship,  they signaled their interest in hiring me and it seemed natural for me to ask them: Are you ready to become a multicultural congregation?

The answer was an unequivocal “no.”  There is a lesson here. Timing is everything. It is important to consider congregational readiness and God’s timing. My timing was off.

“Then I am not the right pastor for you,” I told them. Two months later our family was on our way back to South East Asia where my wife and I were appointed Church World Service co-directors for Indonesia and East Timor.

Because of a confluence of events, a year later, the 110-member congregation flew me out half way around the world for another interview and I asked them the same question: Are you ready to become a multicultural congregation?

This time the answer was “yes.” 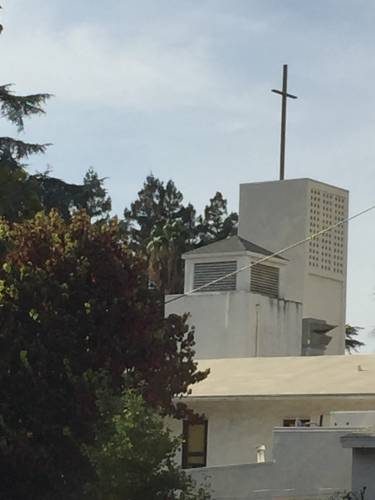 So, does a congregation become multicultural just by sheer will of its pastor? Of course not. There has to be a joining of journeys on God’s time. Sometimes we need to walk away from it first. One way in which the new calling can come is through a congregation’s demographics.

For congregations interested in moving from one culture dominant to diverse, a good question to ask is: Is there some natural movement in that direction? This movement can take the shape of a changing neighborhood, interracial marriages within the congregation, visitors from other ethnic groups or immigrant communities seeking a home as a nascent congregation.

For us it was important to make a multicultural future a positive vision, not a survival strategy. It is possible to have a congregation accept the strategy for survival through diversity, but still see it as a necessity rather than a mission. That can be a real problem. A multicultural vision, thus, becomes merely an existential tool. It is important to remember that people come to church for all kinds of reasons and that for many it is not at all self-evident that they will be in the pews next year.

There can be an unspoken conditionality for their being there and rapid change in a direction they are not comfortable with could drive them away. Here, pastoral skill and a commitment to listening are crucial. The prophetic function of the pastor often feels like it runs head on into the pastoral function, but the pastor must be a careful observer and listener.

Micah’s call to “walk humbly with our God” reminds us that the church does not revolve around our vision. Pastoral care requires looking over one’s shoulder to make sure everyone is coming along and that their wounds don’t keep them from joining the new journey. Knowing the life of the congregation keeps the people on board. Knowing the people and them knowing the pastor knows them strengthens them. In an unspoken way we celebrated the mutual knowing of each other in monthly communion with an open table. With each passing year this increasingly became a Spirit-filled ritual that took on more and more meaning.  That is where the pastor’s priestly function was at its most significant.

In our congregation we were fortunate that change happened gradually.  New people trickled rather than flowed in.  When the change is slow, congregants are more likely to see newcomers as non-threatening individuals with names. Still, we had to work (through sermons, announcements and newsletter) to have members welcome newcomers.  A theological theme that we found helpful is rooted in Acts 10 where Peter realizes that “God has no favorites.” This is a statement we all can pay lip service, too, but for Peter it did not come easily. His insight was as important as Paul’s conversion on the Damascus road, for it opened up Christianity from a small ethnic group to all of humanity. Through my experience in my native Netherlands, in the U.S. and in Indonesia, I saw it takes a lot for a group to believe in their bones that other peoples are truly as normative as their own group.  Again, in coming forward for communion each of us could truly feel like God’s beloved without excluding others.

As the congregation allowed others into their space and a multicultural community became a reality, the need arose to celebrate the heritage of the church.  We did this by making the buildings look more Japanese than they ever had. A Japanese redwood fence went up around the premises. We designed and planted a Japanese garden and deck and put up a historical display of the congregation (which included a book of session minutes that showed the last pre-war minutes of December 1, 1941 on the left and the first post-internment minutes of May 1946 on the right side of the page, with a deeply painful history buried in the crease).  To use a nature metaphor with a Japanese sensibility: The tree can only spread out its branches if the roots are deep.

It took 15  years for the congregation to become a multicultural mix of Japanese American, Chinese American, European American and other ethnicities. We committed to the session increasingly becoming representative of those groups.

During that period, the congregation helped nurture an Indonesian immigrant fellowship which has been meeting there Sunday afternoons for a decade.  Eventually, the two worshipping communities started celebrating Christmas, Easter and Pentecost services together as well as share Vacation Bible School.  Over the years, I have become more convinced that it may be better for “nesting” fellowships to become part of the ministry of a congregation seeking to become intercultural rather than keeping the communities separate. The thinner the walls that divide, the easier different communities can impact each other.

Harboring the different cultural groups in our congregation was not enough if they stuck together, so the next step was for the church to move from “multicultural” to “intercultural.” This meant having barriers between the groups disappear. Here, the social activities that came naturally to the congregations (movie nights, food fundraisers, cooking and flower arranging classes as well as local community volunteering) helped consolidate the new make-up of the congregation.

The church community became an amalgam of people with a variety of ethnic and theological backgrounds who were attracted by the diversity and by the welcoming warmth the post-war Japanese American leadership had nurtured and that had been regenerated over time. This brought richness, but also challenge.  Sunday school teachers had very different theological views. Preaching posed a similar problem. The idea that the pastor tries to transfer her or his vision of the Biblical text to a homogeneous group of people in the pew went out the door. My theology of preaching became more of facilitating the work of the Holy Spirit through the power of Biblical metaphor.  It was an acknowledgment of the Pauline emphasis on the need for grace and the priority of the Holy Spirit’s work. I realized I had no control over what the congregation would receive through my words and that the proclamation would touch each person in different ways.

In time, proclamation was reshaped into three separate parts: encountering the text, connecting with life and finding new meaning, adjusting for attention span and focusing on exposition, contextualization and appropriation of the Word.

In the last five years, the congregation was ready to share its intercultural journey and I was ready to share its pastoral leadership. With the help of the Presbytery of Sacramento we started an intercultural residency program. The congregation raised money to turn a cottage on the church campus into a residence and committed $7,500 per year while the Presbytery pledged a maximum of $17,000 per year for five years, and we started recruiting seminary graduates. So far, four women have been trained, one from either U.S. coast, one from Indonesia and one from Lebanon, each from a different denomination, one from Yale Divinity school, two from Princeton Theological Seminary and one from the Pacific School of Religion. The three-part sermon format allowed us to divide up the homiletical task between the residents and myself.  As I write, two residents are still serving at the church. I have come to believe that diversity of pastoral leadership helps lead to a diverse congregation, as more congregants can see themselves in the leaders.

The Rev. Dr. Aart van Beek HR was the pastor of the Parkview Presbyterian Church in Sacramento, CA from 1996 to 2019. He now devotes himself to an online “inter-contextual” pastoral mentorship program with young Indonesian pastoral caregivers. He can be reached at aartvanbeek@yahoo.com