And the Walls Came a Tumblin’ Down

What ‘walls’ do we need God to tear down in our lives? 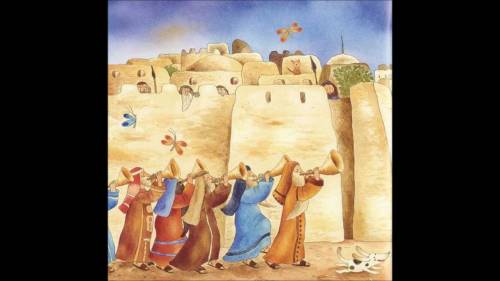 And the walls came a tumblin’ down.

These words came to me the other morning as I was listening to an interview by the author of a book entitled The Line Becomes a River. The book is by Francisco Cantú, a former border patrol agent. In it, he recounts some of the harrowing and heart-breaking incidents he witnessed while working on the border in Arizona.

One statement really stayed with me after this interview: “No matter what obstacles we put at the border, it’s going to be subverted.”

In other words, the walls we build out of things that seem so solid — concrete, stone, razor wire — can always be drilled, blown or cut through in short order. Or, they can be brought down by the sound of trumpets and yelling Israelites.

I am referring, of course, to the famous wall of Jericho, whose destruction is described in the African American spiritual Joshua Fit the Battle of Jericho. If you have ever been in a choir, you have probably heard of or sung this rhythmic battle song. Scads of arrangements have been made of it, probably because the storyline is so riveting. It recounts the famous Old Testament story found in Joshua 6: 1-14, about how Joshua leads the Israelites into the first battle to conquer the Promised Land. The famed city of Jericho was a walled and seemingly impregnable fortress. Jericho’s safety seemed secure from any attackers, especially from a rag-tag bunch of Israelites.

How could the Israelites possibly hope to win?

From the very beginning of the description in the Bible, the reader realizes this battle is going to be quite different from the “normal” hand-to-hand combat, for the most powerful weapon — God — had already decided the outcome. Joshua and Israel will win, but in God’s way. First, God commanded the Israelites to march around Jericho for six days with the Ark of the Covenant, while seven priests blew trumpets made from rams’ horns. The people were commanded not to speak or make any noise. Just march.

Scholars have posited any number of reasons for this silent marching. Perhaps it was a not-so-subtle form of intimidation to the people inside of the city, to see the stubborn persistence of the Israelites doggedly marching day after day. Or, maybe it was God’s way of saying, “Be quiet. I’ve got this one. Not you. Get it?”

On the seventh day, Joshua led the Israelites in a final march around the walls, but this time, they did it seven times in a row. Finally, after holding back their voices for three days, Joshua commanded the Israelites to shout while the seven priests blew seven ram’s horns.

So, the walls indeed “came a-tumblin’ down.”

While we Americans may think that a border wall will solve all our immigration problems, the sad truth is, walls rarely accomplish the job. Even the largest, most sturdy walls cannot protect us from those whom we think are our enemies.

Perhaps even more concerning are the “mental” walls we continue to build within our country, keeping us into our like-minded, safe groups and away from those who have conflicting (maybe even dangerous!) opinions.

Such barriers are harder to take down…but God can take care of those, too, if we only allow God to start marching around the fortress of our hearts.

Let us pause and consider what “walls” we are fortifying that might need to be reduced to rubble, so that we can look in the faces of our enemies — and realize they are actually our neighbors. 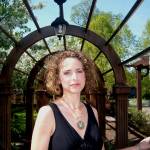 Rebecca Lister is an associate professor of music at Lebanon Valley College in Annville, Pennsylvania. Her passion is music and worship in churches. She has had several writings published in the academic field of music.