How church entryways have changed 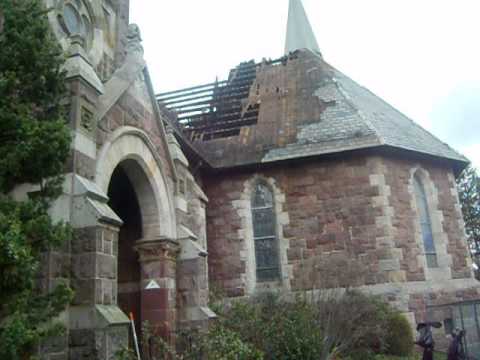 A three-alarm fire in March 2016 has led Englewood Presbyterian Church in New Jersey to rebuild with the future in mind — including where the main entrance will now be.

In March 2016, our historic sanctuary was destroyed in a three-alarm fire. After five months of worshiping in “portable” locations, we returned to our gym, which we outfitted for use as a worship space until our sanctuary can be rebuilt.

Last month we took a major step forward. We selected one of three schematic design options presented by our architect to be developed into a full design over the next few months. Fortunately, the congregational sentiment was nearly unanimous in choosing this particular option.

What is interesting is that the selected option will reverse the orientation of the sanctuary 180 degrees from the way it was. The new chancel will be where the narthex used to be. The new “main” entrance will be on the opposite side of the building.

Our original sanctuary had been built in 1870. There’s an interesting feature of churches that pre-date the automobile: almost all of them are “backwards.”

What do I mean by that?

In 1870, most of your congregation walked to church. So the entrance to your church was close to the sidewalk. By the mid-1900s, people didn’t walk to church anymore — they drove. If a church had land to convert to a parking lot, where was that located? Most often it was behind the church.

This means that most church buildings that are older than the automobile have parking lots that are on the opposite side of the building from the main entrance. Nobody is used to this. Can you imagine parking at the mall and being told to walk around it to get to the door?

So we are going to reverse the sanctuary. We will create an entirely new entrance plaza that faces the parking lot.

Which leads me to a thought question. Are there parts of your ministry that are now “backwards” because culture has turned around? Are you willing to reverse what you do so that it makes sense from the perspective of where the culture is today?

There is a second lesson we learned. When the architect began working with us, he asked relatively few questions about what we were looking for in the sanctuary. What he kept asking about was where we parked and which doors we used to enter the building.

The architect kept saying that “you start where people enter.” He believes that a person’s experience of a facility is shaped by how you enter it — and entering it begins in the parking lot.

Our focus had been on the sanctuary that we knew and loved. His focus was on the parking lot. It was mildly disconcerting at first, but soon the wisdom of his approach became clear. Once we knew where we were entering from, the new orientation of the sanctuary was clearly the way to go.

Another thought question comes to mind. Are you designing your ministry so it makes sense from the earliest possible starting point? Hopefully you have a clear idea of what your ministry hopes to accomplish in the end,  but are you thinking through how you get there from a person’s first visit?

We are really excited about the possibilities of the new scheme because it does two things: it begins at the beginning of a person’s experience of us, and puts us back in sync with the culture.

Now we’re wondering what else needs to be redesigned from the beginning to put it in sync with the people we want to reach with the Gospel. 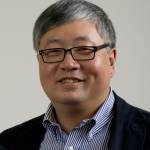 The Rev. Richard Hong is pastor of First Presbyterian Church of Englewood, New Jersey. He is excited to be blogging about his passion for the church for Presbyterians Today. Hong’s areas of interest are church technology, leadership and church growth. If there’s a particular topic you’d like to for him to address, contact him at rich@englewoodpres.org.