Make A Donation Click Here >
Home › Communication › Not quite right 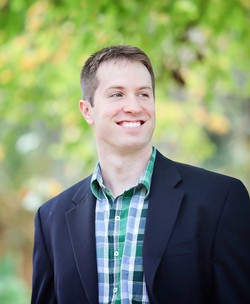 When you speak, who do people hear?

The other day my 6-year-old daughter came into my bedroom…in tears. To give you a little context: it had been a rough day. She wasn’t listening to what we were telling her to do, she had been in time out more than a couple times and, by that point, we had started taking toys away as punishment for her bad choices. So after all this she walked into the room crying. I asked her, “What’s wrong, baby?” She said to me, “Daddy, when you yell at me it makes me feel like you don’t want me for your child.”

Talk about rippin’ this daddy’s heart out! I gave her a big hug, explained that her mother and I loved her no matter what, and promised to not say mean things to her. She went to her room and I contemplated the conversation. The more I thought about it, the more I realized something I hadn’t before: I do yell…a lot. My default setting when I get annoyed or aggravated is to get loud, and fast. What I say to my daughter often needs to be said, but the way I say it could seem scary to a 6-year-old. Add in a touch of sarcasm here and there and the fact that I tower over her when I’m yelling at her, and I’m betting that I can appear downright terrifying.

What I realized is that my message is being lost on my daughter not because of what I’m saying, but because of how I’m saying it. I promise you, I’m a fair guy. The things I say to my daughter aren’t irrational or untrue. But my 100% righteous message isn’t getting through. And it’s not getting through because I’m telling her, “I’m doing this because I love you,” yet I sound like I can’t stand her. My tone doesn’t match my message. So I’m working on how to be firm and honest in times I disagree with her, yet convey my unwavering love for her at the same time. This is not easy.

This is on my mind a lot right now because, and I’m sure you know this, we recently had a presidential election in our country. One sports radio talk show host said on the morning of that election, “This has been one of the most interesting campaigns ever, and by ‘interesting’ I mean ‘completely terrible.’” I agree. I’ve never in my life watched two candidates so completely savage one another. Of course, they weren’t just savaging each other, but (one of the candidates more than another) said the worst kinds of things about whole groups of people. And the truly sad thing is that many in our country followed their candidate’s lead and did the same thing, saying straight hurtful and dangerous stuff about and to folks they’d never even met. Numerous reports say it’s still happening, even though the politicians themselves are encouraging unity.

I toyed with writing a whole blog post about these comments but decided not to. Why? Well, by now, most of the things that could and should be said about the putrid slander (particularly inflammatory rhetoric on the campaign trail) and its potential effect on real people’s lives and society at large has been said in numerous other places. And, I don’t think doing so would accomplish any good beyond making myself feel justified and rallying everybody who already read those other blogs and articles and agrees with their criticisms … all while alienating everybody who doesn’t.

My question to myself since the election has been, “What good can I accomplish in response to all the terrible things that are being said out there? What constructive idea can I offer that maybe has the potential to do something other than further entrench people in their polarized views?” That’s ambitious, and maybe even impossible, but the lesson I learned from that conversation with my daughter pointed me in the right direction, I think. People are saying a lot of true things about how we characterize “others.” Christians are saying a lot of true things about this increase in hate speech, both spoken and seen on campus fliers and graffiti tags. But like me yelling at my daughter, even true things can be lost on people if they’re said in the wrong way. Our message can say one thing while our behavior says another.

Russell Moore is the president of the Ethics and Religious Liberty Commission for the Southern Baptist Convention. I didn’t know much about him, but recently a friend gave me Moore’s book Onward: Engaging the Culture without Losing the Gospel. In it, Moore argues that Christians should speak with what he calls a “convicted kindness” when engaging with others, especially those we disagree with.

“People change their minds because they recognize a voice, the voice of Jesus of Nazareth, speaking ‘Come, follow me.’ That’s why we speak with kindness. We are ambassadors who are charged to deliver a message from the One who has sent us. We speak not only what he said, but also how he says it. That’s because we are not only seeking transformation with ‘content,’ but with Christ himself. Authority resides in his voice, and when he speaks, things happen. Tone isn’t a matter of public relations, but of accurate representation. One could read the 23rd Psalm accurately at a graveside service by screaming it with an arm extended in a Hitler Youth salute. All the words would be there, but the meaning would change dramatically from a word of comfort, as intended, to a word of threat and bedlam. In our message, people are to hear the Galilean accent of Jesus of Nazareth.”

I have to agree with Moore that there is only one voice that has the power to change anything: the voice of Jesus. I also know that too often, especially recently, I’ve spent a lot more energy making sure people hear my voice than I have making sure they hear the voice of Christ. The question haunts me: “When I speak, do people hear the Galilean accent of Jesus of Nazareth?” How about you? Are you distorting the message with they way you are speaking? When you speak, whose accent do they hear?

We have a great message about the world and how it should be. It’s true. It’s good. It’s beautiful. And right now, it’s a message the country and the world desperately needs to hear. There’s a message to be proclaimed in all places to all people, but are we proclaiming it in the right tone, in the right accent? Does our behavior toward those we can’t stand match our message of God’s justice and love embodied in Jesus?

What do you think? How can we do this? What might “convicted kindness” look like in your part of the world? Would it make any difference? If not, what would? My prayers are with you, and with us all, as we ask take up these hard questions, and the even harder task of living into the answers.