Have we inadvertently resurrected an old tradition? 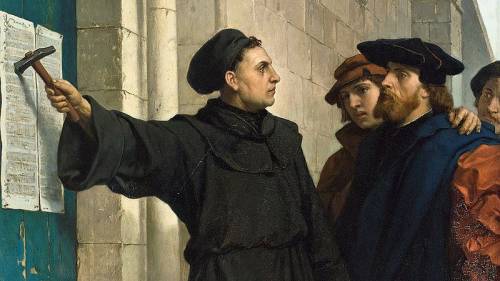 As I began to write this entry, we had just celebrated Reformation Sunday, which commemorates Martin Luther’s posting of his 95 theses in Wittenberg, Germany, in October 1517.

So, confession time. I grew up Lutheran, but had never read through the theses, despite all the memorization of the Small Catechism we did during confirmation class.

As it turns out, they are devoted almost entirely to a practice that infuriated Luther – the Catholic Church’s sale of indulgences, in which people would pay money to get their dead relatives out of the airport waiting room of Purgatory and on a flight to Heaven.

As I read through the 95 statements, it was apparent that Luther was often walking a political tightrope between praising the pope and criticizing this practice, which was being used to raise money for construction of St. Peter’s Basilica in Rome. But try as he might, Luther could not tone down his language.

Thesis 50 says, for instance, “Christians are to be taught that if the pope knew the exactions of the indulgence preachers, he would rather that the basilica of St. Peter were burned to ashes than built up with the skin, flesh, and bones of his sheep.”

What seemed to bother Luther most was not just the theology behind indulgences, but the way priests who sold them were abusing the poor.

We often have trouble understanding the passion people felt over theological disputes of earlier eras, whether it’s Luther’s attack on indulgences or Paul’s views on early Christians eating food that had been sacrificed to idols.

But with a little uncomfortable imagination, we might make the arguments relevant.

What if we posed the issues of Thesis 45 this way?

I say this as someone who loves organ music and who appreciates the deep sense of family that a small congregation creates. But Luther is talking about priorities here, not a zero-sum proposition.

It is clear that Luther thought we Christians were called not to comfort, but to struggle.

His final two theses put it this way: “Christians should be exhorted to be diligent in following Christ, their Head, through penalties, death and hell, and thus be confident of entering into heaven through many tribulations rather than through the false security of peace.” 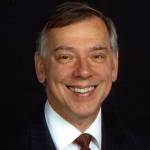