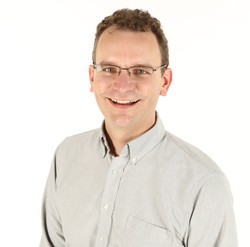 What should we do with critics?

There’s been a great deal of ink spilled on how leaders should handle critics. Depending on the book or blog that you read, you can find advice that ranges from loving them into friends, to freezing them out, to burying them. I hear this is one of the reasons that so many churches have cemeteries on site.

Seriously though, learning to handle critics in a productive way is an essential ingredient in church growth, because church growth begets lots of criticism. (Actually, the change that leads to growth begets criticism. The actual growth tends to silence all but the most virulent critics.)

But it’s important to handle critics carefully in the growth process because:

We need them. And,they can kill things before they grow, if not handled well.

For inspiration on how to lead critics, let’s look at the story of Sir Ernest Shackleton. Shackleton was a polar explorer in the early 20th century, during the pioneer days of Antarctic exploration. On his third expedition, an attempt to cross Antarctica via the South Pole, he got stuck. He and his crew of 27 men were soon without a ship, and stranded on a mushy ice floe. The original mission sank along with their ship, the Endurance. Their new goal became to return home.

Clearly, the mission to grow a church into vibrancy and health is literally oceans away from the struggle to survive in Antarctica. But even landlubbers who get the chills when he mercury dips below 60 can learn from Sir Ernest about how to lead critics and everyone else.

Shackleton knew that his crew was his greatest asset and his greatest liability. His crew needed each other to survive. But they could also kill each other if things went awry.

Luckily, Shackleton knew his crew. He knew their strengths as well as their shortcomings, and leveraged them all for the greater good.

Frank Hurley, the crew photographer, was sensitive and easily slighted. Instead of isolating him, Shackleton gave him a place in his tent and often conferred with him. He also gave him his mittens. Reginald Jamer, one of the science officers, was an introverted academic. Worried that the rest of the crew might torment him out of boredom, he made him a bunkmate as well.

After drifting on the ice, and then sailing in the life boats for months, moving over 340 miles from where the Endurance sank, Shackleton decided to sail a life boat to find rescue. He handpicked five men for this dangerous and essential journey. Four were his best sailors. One was a trouble-maker who had previously attempted mutiny. The carpenter McNeish had essential skills for maintaining their makeshift sailboat. But Sir Ernest also didn’t want to leave him alone with the other men, for fear that he would sow discontent.

Their open-boat journey of 900 miles, with just four weeks worth of rations, a carpenter’s adze and 50 feet of rope, led to the rescue of all 28 crewmen. (Read all about it.)

So about growing these churches of ours…

What does two years at sea, then lost and adrift on ice working and waiting for rescue have to do with church growth? Well, for starters, they’re both difficult. Less chance of frostbite in our adventure, but still. It’s hard work to grow a Presbyterian church in 2016.

The other thing we have in common with the crew of the Endurance is that we need each other. If our congregations are going to grow, it is going to require something from everyone. And that includes the critics. They will have to be invited into the tent, not to become the leaders, but to be listened to by them. And some of them will have to be drafted for the most important, vital jobs.

Last, we need leaders who accept the mantle of leadership, who motivate their crews and congregations, who give up their mittens, and personally lead the most vital journeys. We need pastors and elders like Sir Ernest Shackleton who once said:

“Difficulties are just things to overcome, after all.”

David R. Collins is the co-pastor of Maitland Presbyterian Church near Orlando, Florida.