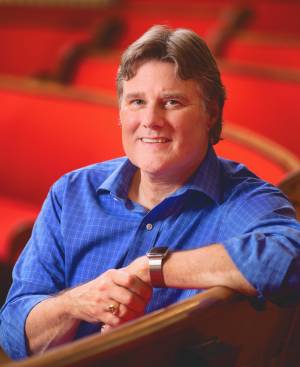 It may not be what we think

What makes someone truly great? Accomplishments? Acclaim? Wealth? Notoriety? Visibility? Celebrity? Who’s considered great in our culture? Professional athletes? Reality television stars? Billionaires? Pop-stars? Actors? We measure the greatness of religious figures in terms of quantities, not qualities: the size of their congregation, the number of records bought, how many books were sold, and their appearances on television and radio.

We have more people today lacking in true greatness while striving for false greatness than at any time in history. So, we constantly raise up people of small significance, while never noticing the seemingly insignificant who may truly be great by God’s standards.

What makes us great in God’s eyes? Often it’s what seems trivial in the world’s eyes. One of the greatest people ever to live is certainly someone you’ve never heard of: Dorotheos of Gaza. He was a sixth-century monk living in the deserts of Gaza. In the annals of worldly greatness he’s little noticed. But among the deeper Christians he has always been cherished. His few writings have been passed down from generation to generation for over 1100 years, meaning that for 500 of those years his writings were hand-copied to pass on to future generations.

Dorotheos was known for his deep humility, generosity, wisdom, kindness, and gentleness, and love for others, all while living in a small desert hut in a community of brothers. Let me share with you some of his simple wisdom that defies modern definitions of greatness, while capturing the essence of deep greatness:

“The root cause of all these disturbances, if we are to investigate it accurately, is that we do not accuse ourselves… We remain all the time against one another, grinding one another down. Because each considers himself right and excuses himself,… all the while keeping none of the Commandments yet expecting his neighbor to keep the lot! This is why we do not acquire the habits of virtue, because if we light on any little thing we tax our neighbor with it and blame him saying he ought not to do such a thing and why did he do it—whereas ought we not rather to examine ourselves about the Commandments and blame ourselves for not keeping them?” (Dorotheos of Gaza, Discourses and Sayings, p.141).

Are we prepared to strive for this kind of greatness? Try another slice of his wisdom: “There are certain kinds of trees which never bear any fruit as long as their branches stay straight up, but if stones are hung on the branches to bend them down they begin to bear fruit. So it is with the soul. When it is humbled it begins to bear fruit, and the more fruit it bears the lowlier it becomes” (p. 98).

When we die and our lives are reviewed, will God care whether or not we were wealthy, powerful, influential, or had positions of temporal greatness? God will look at whatever position we had and ask whether we were humble, generous, kind, compassionate, faithful, prayerful, selfless, and self-sacrificing.

What kind of greatness do we seek—to be great in others’ eyes or great in God’s eyes?