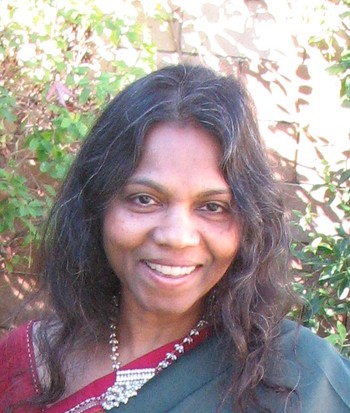 Who are the destitute?
In search of a true Communion in the Presbyterian Church (U.S.A.)

For all have cast in of that which they had in abundance, but she of her destitution has cast in all that she had, the whole of her living. —Mark 12:44 (“The widow’s offering,” Darby Bible)

Once upon a time, when I was a child, I saw a man and a dog, together, eating food thrown by the wayside—and no, they weren’t friends. A few years ago I watched a Presbyterian deacon toss, in one deft move, left-over Communion bread into the trash and pour the juice down the drain. Strange as it may seem, the word that best explains, for me, what was happening in both cases is destitution.

Destitution is extreme poverty. The Oxford Poverty and Human Development Initiative developed the Global Multidimensional Poverty Index (MPI) to show disparities among the materially poor. Categories include 1) vulnerable to poverty, 2) severe poverty, and the poorest of the poor, 3) the destitute. In just the 49 countries they have analyzed so far, over 638 million people are destitute. They consider 1) education (years of schooling and child school attendance), 2) health (child mortality and nutrition), and 3) standard of living (electricity, improved sanitation, safe drinking water, flooring, cooking fuel, and assets).

Sundari lives in rural south India and is among the 343.5 million Indians who qualify as destitute. I met Sundari for the first time when she was learning to become a nursing aide.

‘There is a rage inside me when I think about all the people we’ve deemed disposable—from the hungry to the differently minded.’

Her mother worked as a gardener, and her father was dead. Sundari couldn’t stop smiling when she welcomed me to her home; I walked past the cooking pot on a small fire made of wood and dung, a key indicator of poverty. I went into the small windowless, government-built three-room home where I could hardly see anything because one exposed electric light bulb on a wire was the only illumination. They had no furniture, though the roof seemed solid and the flooring concrete. The bicycle leaning against the wall was a gift from the government Sundari had received for passing 10th grade. She rode that bicycle to school for the next two years and got her high school diploma. 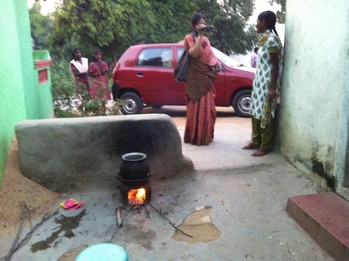 Unknowing, I asked, “Where is your bathroom?” Her face filled with shame, and I suddenly realized the trauma of open defecation. In some places like India, the destitute may have education, but they have no toilets. And, in the case of my friend Sundari, she has the hope and joy of her faith in Jesus Christ too. In that at least she is not destitute.

I wonder if we, who are not materially poor, can say the same thing.

Many of us Presbyterians are spiritually destitute. We trash Communion bread and wine, literally and metaphorically, because we have come to believe that those Communion elements are just for us. That deacon never stopped to consider whether someone, perhaps right outside the church (or perhaps inside), might be hungry for that bread. He never considered the waste he was creating—where it would go and whom it would impact. He just threw it out, because everyone that mattered had already received. He took a sacrament that represents reconciliation with God and one another, a sacrament that heralds the destruction of all barriers, and used it, dismissively, to reinforce another wall—the line between who gets to eat that day and who doesn’t.

And oh we Presbyterians have become expert wall builders. I have seen churches split because they couldn’t agree on some aspect of worship, including the frequency of Communion itself. I have seen a denomination gutted by insular, internecine struggles. We, not unlike the disciples, wrangle over who’s Jesus’ favorite, who understands him the most. We throw away this gift of Christian unity, of the one body of Christ, like so much Communion bread and juice.

Communion should be the moment, of all moments, when we consider who’s not present; whom do we need to complete the body of Christ? Instead, we throw our leftovers away. We throw people away.

We entered 2015 with “7.2 billion living souls,” as the US News & World Report put it. The United States remains the third most populous country in the world next to China (1.4 billion) and India (1.3 billion) with 320,090,857 people. Our entire population is less than the 343.5 million destitute people in India alone!

There is a rage inside me when I think about all the people we’ve deemed disposable—from the hungry to the differently minded. I despair when I recall Jesus’ unassuming lifestyle and his simple calling to follow. I despair all the bodies, all the places, all the parts of Christ, we have neglected or forsaken. I despair a God whom we have dismembered with our quibbles, a God the world desperately needs to see but can no longer see among us.

It is my prayer that, like the woman who poured out her destitution by giving everything she had to the temple, we too will spare nothing, giving our all and inviting all.

We often forget that each unit in the mass is a throbbing human soul. Ignorant it may be, and poverty-stricken, black and curious in limb and ways and thought; and yet it loves and hates, it toils, it laughs and weeps its bitter tears, and looks in vague and awful longing at the grim horizon of its life, – all this, as even you and I. —The Souls of Black Folks, W.E.B. Du Bois

Anita Coleman is a wife, mother, and writer who enjoys electronics, gardens, and books.