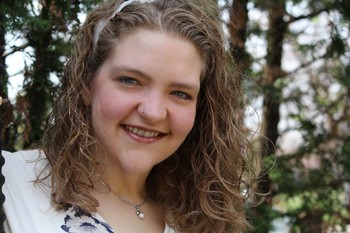 Ashes
God is good even when the world is not—a response to the #CharlestonShooting.

Jerusalem was in crisis. King Hezekiah was grasping at straws.

Just 20 years before, Assyria’s war machine had steamrolled across the northern kingdoms of Israel, wiping out Samaria and taking its citizens into captivity (for this story as it appears in Isaiah, click here). Five years previous, Hezekiah’s idolatrous father Ahaz had died, and sole regency had allowed the young king to make some drastic changes to Israel’s religious landscape. Idols were destroyed; high places were torn down; temple worship of YHWH was reinstated. Finally, a righteous king who followed God’s ways! Surely a time of prosperity was near at hand!

However, Hezekiah’s flat refusal to pay Assyria’s annual tribute put his 98-pound weakling of a nation right in the 800-pound gorilla’s crosshairs. And never one to back down from a challenge, King Sennacherib initiated a strategic military campaign across the country, wiping out any town that stood in his way. Hezekiah knew what was coming and fortified Jerusalem as best as he knew how. He built walls, constructed towers, and established a dedicated water supply into the city. He brought Jerusalem’s citizens into the center of town and reminded them of the almighty power of the God they served. He emptied the national treasury and even went so far as to strip the silver out of the temple in order to try and placate the foreign king and his encroaching army . . . but to no avail.

Enter the prophet Isaiah. Approaching the half-crazed, sackcloth-enrobed monarch, he spoke words of reassurance: YHWH would not let Jerusalem fall. Sennacherib would be defeated. And indeed, when the Israelites awoke the next morning, 185,000 Assyrian troops lay dead at the city gates.

So, it was a happy ending, right? Hardly.

Sure, the holy city still stood, but it was just about all that stood.

Of the 12 tribes of God’s holy nation, 10 were long gone. Judah was in ashes.

That idolatrous, megalomaniacal foreign king was still trouncing around like he owned the place—which, for all intents and purposes, he did.

Israel was demoralized and destitute.

What Hezekiah began to learn that day was that God’s righteousness isn’t defined by the actions of (or upon) God’s people. Hezekiah trusted God’s promises, even though his beloved nation was falling apart. He never doubted that God was in control, even though evil men prospered. He took comfort in God’s long view of redemption, even though the daily headlines read nothing but doom and gloom.

Because God is good.

I woke up Thursday morning to learn that nine of my sisters and brothers had been gunned down as they sought to worship this same God that delivered Hezekiah and the citizens of Jerusalem. I doubted my sanity as I learned that the young, white man allegedly responsible for what is now being considered a hate crime sat and prayed with them to this same God for more than an hour before he opened fire. I could barely contain my rage as I listened to our President name the fact that our country has an exponentially higher rate of mass violence than any other “advanced country” in the world. And my heart sank as I recalled another hate-spawned attack on an African American church, 50 years and 500 miles removed from Wednesday’s events, but whose agony, confusion, and rage is still all too fresh in the minds and hearts of those affected.

Believe me, I understand how trite that sounds. I realize that it comes off like I’m trying to put a Band-Aid on the situation. Yeah, yeah . . . sure, God is good. What’s the next Sunday-school answer that’s going to come out of your mouth, Jodi?

We commodify and objectify one another. We’re so wrapped up in body image and self-image that we overlook the imago Dei in ourselves and our fellow human beings. We mark our brothers’ and sisters’ value by their utility to meeting our own ends. And when their usefulness is over, we “ignore” and “unfriend.”

Our world crumbles around us. We realize that there’s no way we can get out of this fix on our own. The web of corruption and despair is too tightly woven for us to detangle it ourselves. We live in fear that the anguish and persecution our brothers and sisters are facing across the world . . . across the nation . . . across the block . . . will soon be ours. And because we are one body in Christ, it is in fact already ours.

I’m starting to learn Hezekiah’s lesson. God’s righteousness really isn’t contingent on any sort of horrors we humans can inflict on one another. And because of God’s unfailing, unchanging goodness, I can rest in the fact that I’m not ultimately responsible for the resolution (even if I am responsible for taking action). Instead, I can pray with Hezekiah, “O Lord the God of Israel, who is enthroned above the cherubim, you are the God, you alone, of all the kingdoms of the earth; you have made heaven and earth . . . save us, please . . . that all the kingdoms of the earth may know that you, O Lord, are God alone” (2 Kings 19:14, 19). And because God is good, I know that my pleas aren’t falling on deaf ears.

Will it miraculously get fixed tomorrow? Probably not (especially if I’m not willing to step up). Will the violence, the hatred, the injustice continue? Perhaps. Will I be the same once the battle’s over? Doubtful. But even through the insecurity, even through the darkness, even through the heartbreak, I know one thing.