These blog entries provide brief reports and insights from our conference in Israel and Palestine.  They are written by our participants Anne French and Emily Oshinskie and are neither comprehensive nor in depth reports, but simply glimpses into the amazing experiences we had together. 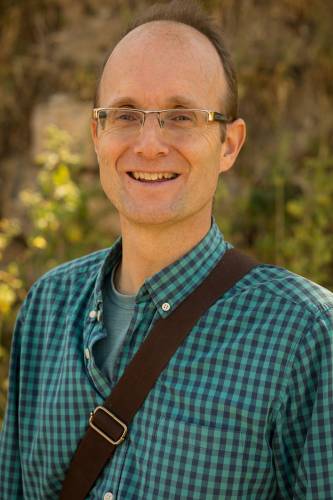 Jonathan Cook is an award winning British journalist who has lived in Nazareth for the past 15 years.  His tour of the destroyed Palestinian village of Sepphoris and its environs demonstrated his deep knowledge and commitment to the largely untold story of the 531 Palestinian villages that were destroyed and depopulated when Israel was established in 1948.  7,000 residents of Sepphoris were forcefully evacuated, many of them still living today in the lower Nazareth refugee camps that were established at that time to be temporary.  They are now referred to as “present refugees”, those who did not leave Israel, but are not allowed to return to their former homes.  The site of the former village is now a “moshav”, which Cook described as a modified kibbutz.  The village was renamed Zippori under an official Israeli policy to “Judaize” the names of all Palestinian villages that were destroyed.  The current inhabitants of what is now a gated community are Romanian and Bulgarian Jews who were brought in to settle the area immediately after the expulsion of the Palestinian inhabitants.  The community also serves as a weekend destination for Israeli families.  We walked a hillside road lined by a fence that cordoned off the ruins of the former village, camouflaged by what Cook described as an intentionally planted forest of non-native evergreen trees.

All tolled, 750,000 Palestinians, 80% of the total population, were expelled from within the established state of Israel in 1948.  The magnitude of this displacement presented the new Israeli government with several challenges, among them how to keep Palestinians from returning and how to distinguish between those who were expelled and seeking to return and those who had remained.  Official residency status and documentation were given to Palestinians who never left, distinguishing them from those attempting to return, officially known as “infiltrators.”  All evacuated villages were fenced off and declared “closed military zones”, and the “Prevention of Infiltration Law” of 1954 authorized armed Israelis to “shoot to kill” anyone attempting to enter these areas.   Cook led our group to the ruins of the Church of Saint Anne, where Jesus’ grandparents raised his mother, Mary.  Here, he read a piece of poetry by Taha Muhammad Ali, who at seventeen fled to Lebanon with his family after the bombing of the village in 1948. A year later, he slipped back across the border with his brother and settled in Nazareth, where he wrote of his childhood in Sepphoris and of the political upheavals he had survived.

Our final stop in Sepphoris was a graveyard looking across a small valley to a hillside overgrown with weeds and devoid of any buildings.  Cook showed us a photograph of that same hillside from our vantage point showing a thriving section of the village taken before the 1948 destruction.