(These blog entries provide brief reports and insights from our conference in Israel and Palestine.  They are written by our participants Anne French and Emily Oshinskie and are neither  comprehensive nor in depth reports, but simply glimpses into the amazing experiences we are having together.) 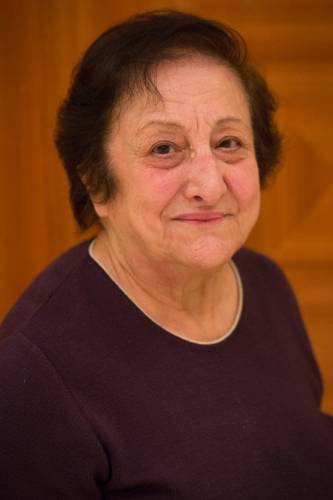 Violette Khoury is with Sabeel Nazareth, a movement grounded in liberation theology among Palestinian Christians. The word “Sabeel” is Arabic for ‘the way.’ Inspired by Jesus, his life under occupation and his response to injustice, Sabeel seeks to inform Christians worldwide of the daily lives of those who suffer violence, discrimination, and human rights violations under occupation. Khoury described Sabeel’s efforts to promote international awareness of the identity, presence and witness of modern Palestinian Christians who, she noted, happen to be the decedents of the first church. Khoury explained that, like so many in the region, she is often asked when her family “converted” to Christianity. With a twinkle in her eye, she answers, “Two thousand years ago!” She wonders which of her ancestors played with the boy Jesus. The reality that Christianity is so deeply rooted in Palestine is a critical point in Sabeel’s efforts to reclaim a sense of identity for younger generations who are growing up with a narrative that Palestine was “an empty country,” which Khoury calls the “Zionist narrative.” She shared her own family’s history, including their expulsion from Haifa, despite documents that prove ownership of the land dating back hundreds of years. Khoury, an Israeli citizen, explained that 20% of Palestinians live in Israel, more than half of them internally displaced as refugees or “present absentees” who are displaced and cannot return to their homes. The numbers are dramatic.  In 1948, about 30% of those displaced in Israel were Christian. Today they are only 1.5%. “Christians are disappearing from the Holy Land,” Khoury said. “So many study in the west and never come back.  Staying in Israel is a kind of slavery,” she said. Under the current circumstances, most Christians cannot envision peace for their children if they remain. “Still, I say we have to resist.  We have to remain. Jesus said we are the salt.”