What are the implications for the US and for the Church? 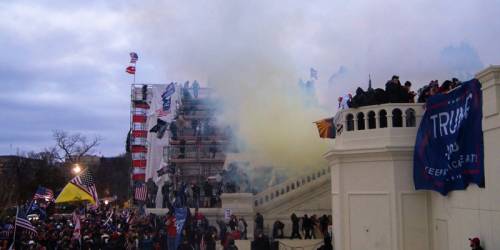 The Jan. 6 storming of the United States Capitol. (Photo by Tyler Merbler and licensed under Creative Commons 2.0)

LOUISVILLE — Neo-populism is marching across Europe. What are the implications to the United States? And what is the role of the Church?

Those are two of the questions to be addressed in a webinar at noon Eastern Time on Thursday, Feb. 18. World Mission’s area office for the Middle East and Europe is sponsoring the webinar, which is free, but registration is required.

With the rise of right-wing and religious extremism and the election of ultra-nationalist leaders in many countries, neo-populism has become a global issue. During the webinar, speakers will explore the issues of neo-populism and nativism in relation to rising anti-Semitism and Islamophobia, interconfessional conflict and violence against migrants, women, and the LGBTQIA community.

“The recent events in Washington, D.C. have highlighted the dangers posed by nationalism and nativism in the United States, but it is a global phenomenon,” said Ellen Smith, World Mission’s regional liaison for Central and Eastern Europe, including Russia, Ukraine, Belarus and Poland. “Neo-populism is pushing minorities even further to the margins and violence against them is on the rise. What is the call to the church in such difficult times?”

Ironically, planning for the webinar began long before the Jan. 6 siege of the Capitol. 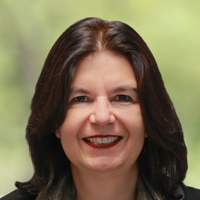 Speakers will include Debora Spini, a Waldensian (a PC[USA] global partner church) lay person and professor of political theory and social philosophy who teaches at New York University in Shanghai. Spini’s research focuses on religious groups in the public sphere, secularization/post secularization, monotheism and violence, and the rise of xenophobic populism with a focus on gender issues.  Currently she is working on the connection between gender-based violence and migration. She recommends reading the chapter she published (Chapter 12, found here) in “Women and Migration: Responses in Art and History,” edited by Deborah Willis, Ellyn Toscano and Kalia Brooks Nelson (New York, Openbook publishers 2019) as context for her presentation. 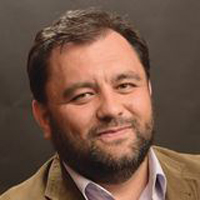 Speaking from Ukraine is Sergii Bortnyk, a theology professor teaching at the Kyiv Theological Academy of the Ukrainian Orthodox Church. His courses include “Modern Orthodox Theological Thought,” “Catholic Theology,” “Dogmatic Teaching of Protestant Confessions,” (for masters- level students) “Interconfessional Relationships in Ukraine,” and “Theology of Metropolitan John Zizioulas” (for doctoral students). Bortnyk also works in the Office for External Relations of the Ukrainian Orthodox Church (UOC). 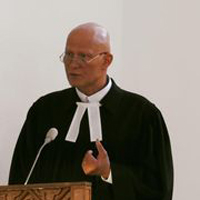 The event’s third speaker is the Rev. Michal Jablonski of the Reformed Church in Poland. He is senior pastor of the Reformed congregation in Warsaw and a member of the Polish Council for Christians and Jews, from which he received an award for ecumenical and reconciliation activities between Christians and Jews. During a mission to the U.S., he spent six weeks serving with a congregation in the Synod of the Covenant.

Register for the webinar here.

“This webinar will give an opportunity to Presbyterians in the U.S. to hear voices from our partners in Europe on how neo-populism has operated in their contexts and how religion continues to be often a tool to propagate such perilous ideas,” said Luciano Kovacs, World Mission’s coordinator for the office of the Middle East and Europe. “What has been defined as ultra-national populism or neo-populism is nothing more than a new variant of the political virus that has swept the world for many decades, culminating in the 20th century in the rise of fascism and Nazism in Europe.”