Share God’s love with our neighbors-in-need around the world through One Great Hour of Sharing.
Make A Donation Click Here >
Home › Women of Faith Awardees named by the Presbyterian Mission Agency Board

The Rev. Amantha Barbee, the Rev. Karen Hernandez-Granzen and the Rev. Liz Theoharis were approved by the board following recommendations from the Women of Faith Selection Committee. Nominations are received from throughout the church and honorees were selected by a committee of representatives from groups related to Racial Ethnic & Women’s Ministries in the Presbyterian Mission Agency.

This year’s Women of Faith Award recognizes clergywomen who are “woke” and who challenge systemic racism and oppression. These clergywomen work for transformative change and seek to end racism and injustice. Gratitude abounds for these women who “show no partiality…, no matter what race they belong to…[proclaiming] the Good News of peace through Jesus Christ, who is Savior of all” (Acts 10:34–36). 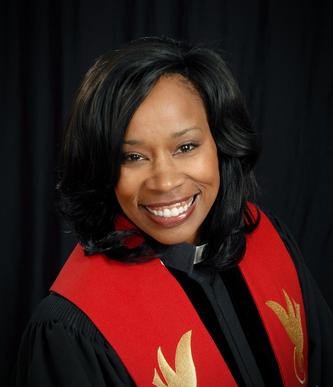 Amantha Barbee, Charlotte, North Carolina, Charlotte Presbytery, Synod of the Mid-Atlantic. Barbee is the pastor of Statesville Avenue Presbyterian Church. She stood between protestors and policemen, with several other ecumenical colleagues all wearing clergy collars, the night Keith Scott was killed in Charlotte. Barbee received the 2017 Charlotte City Center Partners Special Achievement Award for the work of that night. She became the chairperson of the Charlotte Clergy Coalition for Justice shortly after the city erupted in the wake of the shooting. Barbee serves on the General Assembly Committee on Ecumenical and Interreligious Relations (GACEIR). She also served as moderator for Mission, Justice and Outreach and on the Racism Task Force of the Presbytery of Charlotte. 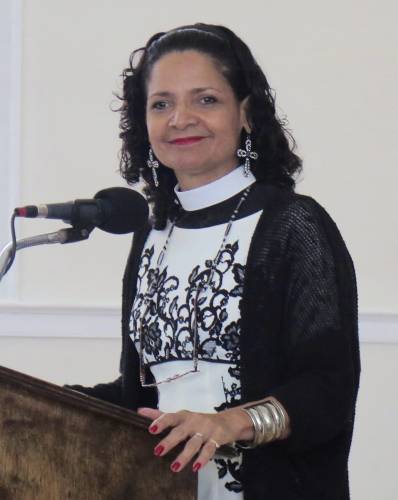 Karen Hernandez-Granzen, Trenton, New Jersey, New Brunswick Presbytery, Synod of the Northeast. Hernandez-Granzen was awarded the Master of Divinity degree from McCormick Theological Seminary in Chicago in 1994, and she has served as the pastor of Westminster Presbyterian Church since 1995. Westminster is an urban, intercultural, multiracial and More Light congregation. Hernandez-Granzen has served as a supervisor of field education students from Princeton Theological Seminary, intentionally reaching out to white seminarians to provide multiracial and intercultural field education placements at Westminster. She is a member of the Trenton Latino Advisory Council, the Princeton Civil Rights Commission, and she served on the board of the Presbyterian Intercultural Network (PIN). 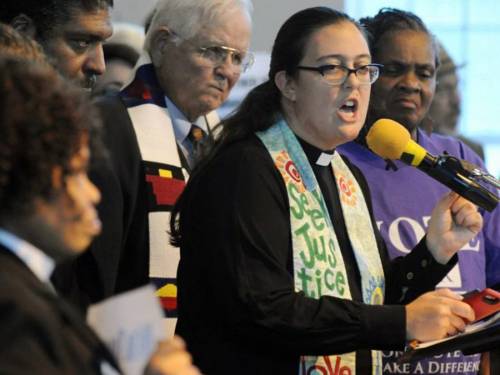 Liz Theoharis, New York, New York City Presbytery, Synod of the Northeast. Theoharis is the co-director of the Kairos Center and co-chair of the Poor Peoples Campaign: A National Call for Moral Revival. She spent the last two decades with grassroots, community-led, anti-poverty organizations working to build the movement to end poverty. In her book, Always with Us?: What Jesus Really Said about the Poor (Eerdmans, 2017), she argues that being poor is not inevitable and that a theology that suggests otherwise has stifled the growth of a transformative movement to end poverty. Her book was recommended to the church this past summer by the Co-Moderators of the 222nd General Assembly (2016).

The Women of Faith Awards were established in 1986 to honor women in the Presbyterian Church (U.S.A.) whose lives exemplify their Christian commitment through witness, service and leadership.

Tickets for this year’s Women of Faith Awards Breakfast will be available at pcusa.org/ga223.