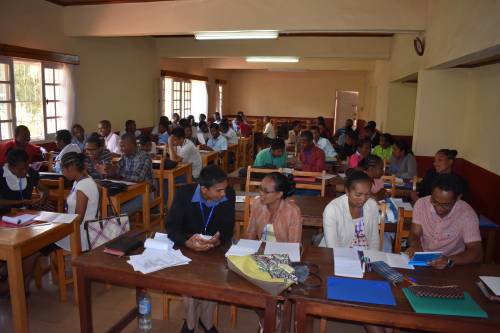 LOUISVILLE – How would you celebrate your 50th anniversary?

One of the ways the Church of Jesus Christ in Madagascar (FJKM), the Presbyterian Church (U.S.A.)’s partner church, celebrated its 50th anniversary this year was by promoting free HIV testing at all of its commemorative events.

FJKM President Irako Andriamahazosoa Ammi was tested publicly in August during the weeklong celebration in Toamasina. This year’s theme was “Do not be ashamed to be a witness for Christ.”

The organization UNAIDS noted this year that “the global AIDS response is at a precarious point — partial success in saving lives and stopping new HIV infections is giving way to complacency.” The FJKM is an excellent example of a group that has not given into complacency even in the face of political crisis and reduced funding.

Although the HIV rate in Madagascar is less than 3 percent, the risk factors for an explosive epidemic remain high: high poverty rate, very high mobility from one part of the island to the other and a high rate of sexually-transmitted diseases.

The FJKM began fighting the spread of HIV and AIDS in 2002, creating a permanent National AIDS Committee in 2007. FJKM’s National AIDS Committee brings together church branches (including the Women of the Church, Men of the Church, youth, Sunday schools and Scouts) along with representatives of the FJKM schools, synods, and seminaries to create an integrated fight against the spread of HIV and AIDS in Madagascar.

Turk, a PC(USA) missionary, has been offering technical assistance to the FJKM since it began its fight against AIDS. In 2004, trainings were carried out in all 36 FJKM synods. Churches were encouraged to share about HIV and AIDS for five minutes every Sunday. This might be a message describing how HIV is spread or about the need to accept those living with HIV and not discriminate.

The FJKM AIDS Committee has produced many educational materials to help educate the population about HIV and AIDS, especially the 6 million members of the FJKM. These materials have included example sermons that pastors can use to talk about AIDS, educational flyers about HIV and AIDS as well as other sexually-transmitted diseases and a booklet on HIV counseling.

Why train pastors and pastoral students? In a country where the education level is very low and most rural people have little access to news and the internet, pastors are among the most educated and respected members of their communities. It is important that pastors understand the basics about HIV and AIDS. They are then well-placed to help their congregations and communities reduce the spread of HIV and AIDS and to fight against discrimination.

Madagascar was making good strides in its fight against AIDS until the political crisis of 2009. For several years funding decreased, leading to decreased activities by the government and many civil society groups. The FJKM continued its activities but at a reduced level. As a result, there is now a large portion of the population that believes that AIDS is no longer a problem because “no one is talking about it anymore.” A whole new generation of youth has emerged that do not know the risk factors of HIV and AIDS.

This year, the FJKM AIDS Committee has joined efforts with the government to promote HIV testing. This year’s theme for Saturday’s World AIDS Day is “know your status.”  This is especially important in reducing the spread of HIV and AIDS as those who discover they are HIV positive can receive treatment. Those who are HIV negative learn about the risk factors and how to avoid acquiring HIV.

Thanks to FJKM President Ammi’s example, people are not as reluctant to be tested.  Flyers with the FJKM president’s picture were distributed to over 2,000 lay leaders during trainings this summer. Many said that they were now ready to be tested. One synod requested testing that was carried out at its annual meeting in October. HIV education and testing were carried out at the meeting of pastors’ offspring in September. Youth gathered from all over the island for this meeting and got to hear testimony from a woman living with HIV. This year, the FJKM AIDS Committee has offered HIV testing at six events with over 40,000 people educated about HIV and AIDS and 2,000 tested.

The PC(USA) has been a faithful supporter of the FJKM AIDS Committee helping to fund pastoral trainings, the production of educational materials and HIV testing events. Together, we are helping to fight the spread of AIDS in Madagascar. We are not ashamed to witness for Christ in the fight against AIDS. 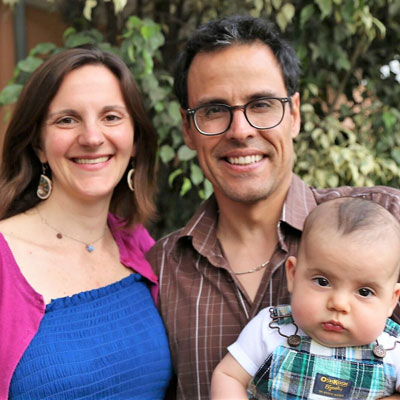