Presbyterians drive their all-electric cars to Stony Point, find they can charge up on site 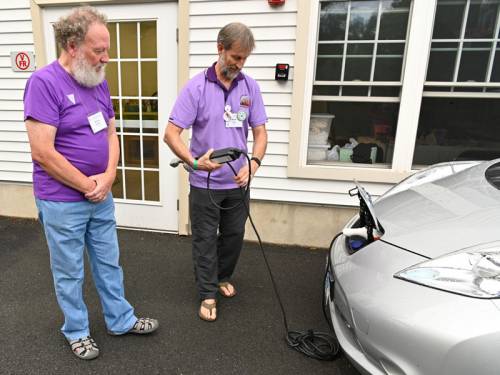 STONY POINT, New York — Mark Eakin and Dennis Hartwig met at the Presbyterians for Earth Care National Conference while getting a fill-up … on the grounds of the conference venue, Stony Point Center.

While the majority of the cars in the parking lot at the center will have to stop at a gas station when they hit the road home, both Eakin and Hartwig simply pulled up to a building at the back of the property and plugged in.

Hartwig is commuting to the conference from his home in High Point, New Jersey, in his Hyundai Ioniq, while Eakin, his wife and another member of National Capital Presbytery made the 250-mile drive from Silver Spring, Maryland in a Nissan Leaf – both vehicles that rely completely on electric power.

Both Eakin and Hartwig admit to “range anxiety” for longer trips, particularly if they are heading to areas that are not as electric-car friendly as, say, the densely populated East Coast. 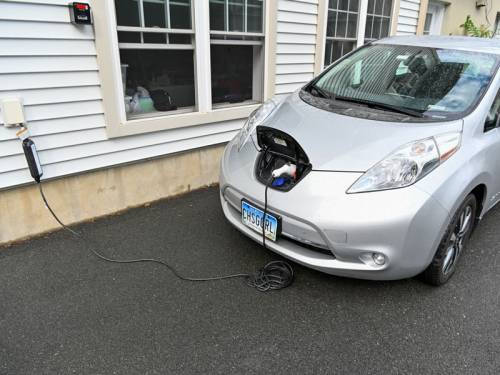 Mark Eakin’s Nissan Leaf gets a charge behind one of the buildings at Stony Point Center. (Photo by Rich Copley)

Eakin says he has to be strategic plotting out his trips, particularly to find rapid charging stations that will fill up his battery in under an hour. He uses a website called abetterrouteplanner.com that lets him put in start and end points as well as the model of his car and it gives him an ideal route with charging stations along the way.

Eakin and Hartwig were particularly happy to find Stony Point, which is very environmentally oriented, was ready for electric car users with outlets behind one of the facility’s buildings where visitors could plug in for a longer charge. Granted, it would take Eakin 24 hours to get a full charge, but once he and his crew arrived at Stony Point, they weren’t going anywhere for a while.

What can really slow them down, sometimes, is answering questions about their vehicles, which are still mysteries to many.

“That’s the whole point, to be visible,” Eakin says. “That way, people see that not only can it be done, but it’s easy and works well.”

Hartwig says he gets slowed down answering questions at the grocery store.

“It might be slower, but it’s carbon free,” says Hartwig, whose desire to stop driving on fossil fuels stretches back 20 years, when he got his first hybrid, the groundbreaking 1999 Honda Insight, the first hybrid available in North America.

After that, he has been through several Toyota Priuses before going all-electric with the Ioniq. Eakin has also had a Prius but jumped at a good deal on the all-electric Leaf. 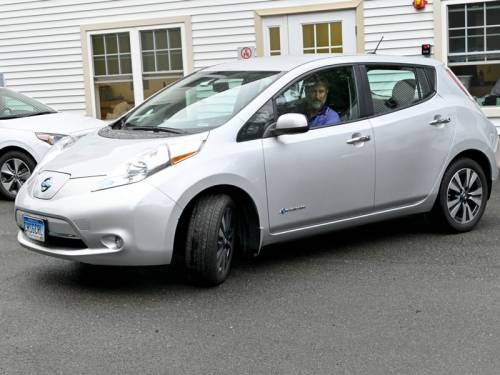 Whether hybrid or electric, both men crow about economic and maintenance advantages of their cars, such as no oil changes on the electrics.

“I forget what gas prices are,” says Eakin, whose great desire is an all-wheel drive electric that is not $80,000 to $100,000, the asking price for a Tesla. Then, he could unload his pickup truck and really kick fossil fuels to the curb.

In addition to the electric cars, their homes are solar powered, with a little wind added in for Eakin. So when they charge at home, the cars are still on green energy.

“I’ve made my carbon footprint, and I’m not going to live long enough to reverse the damage I’ve done,” Hartwig says. “But at least I can help the next generation.”