SSEPP supports children’s education and peacebuilding skills for the future

by Debbie Braaksma | Special to the Presbyterian News Service 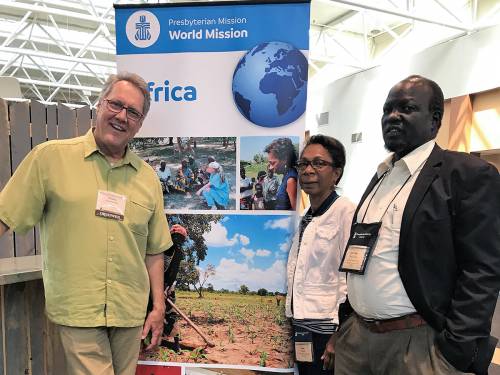 ST. LOUIS — Two years after South Sudan gained independence in 2011, civil war erupted in 2013. The conflict has displaced more than 5 million people, leading to massive human suffering and widespread famine. As part of its response, the 223rd General Assembly (2018) of the Presbyterian Church (U.S.A.) passed a comprehensive overture that provides a robust platform for the denomination’s Office of Public Witness to advocate for an end to this war.

The Rev. John Yor, General Secretary of the Presbyterian Church of South Sudan, attended the Assembly that met here June 16-23 as an ecumenical representative. He told those in attendance that educating children and grassroots peacebuilding training essential to the peace process now and in the future. He said the Presbyterian Church of South Sudan is committed to that important work.

In the midst of war, the church and its partners are ensuring teachers are being trained, schools are established in camps for the displaced, traumatized children and teachers are being healed, and communities are given the skills to support schools. Presbyterian World Mission supports this work by providing programmatic resources and mission co-workers through the South Sudan Education and Peacebuilding Project (SSEPP).

Westminster Presbyterian Church in Minneapolis has become a key partner in the effort. A mission tithe from the church’s 2014 capital campaign provided the foundation for SSEPP with a $1 million pledge. Half the pledge has already been distributed and, realizing the importance of providing opportunities for other congregations to support this work and build transformative relationships in South Sudan, the remaining $500K has been offered in matching gifts — for each dollar given to SSEPP Westminster will match it with an additional 38 cents.

Westminster’s pastor, the Rev. Tim Hart Anderson, had an opportunity at the Assembly to hear directly from Yor and Presbyterian World Mission co-worker in South Sudan, Leisa Wagstaff, who accompanies this work. They spoke of the huge difference Westminster’s support is making in the lives of children in South Sudan who would otherwise have no access to education and in the lives of the courageous peacebuilders who, with the training provided through the project, are risking their lives to end the war.

“I want to express my deep appreciation for the support and prayers of the PC(USA) for us in this time of crisis. Your help prevents children from becoming child soldiers,” said Yor. “Instead of going to war they are now going to school and they will be able to support peace by learning Christian values regarding the importance of human life. Please continue to support this project with your prayers and gifts.”

Information on matching gifts and a donation link for this project can be found at this link. 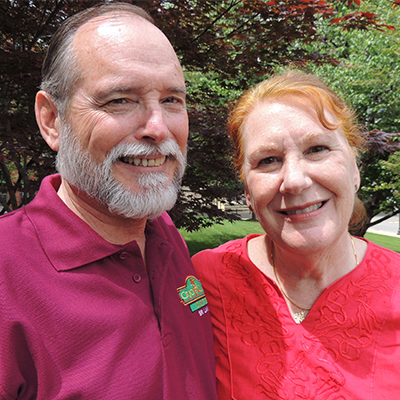