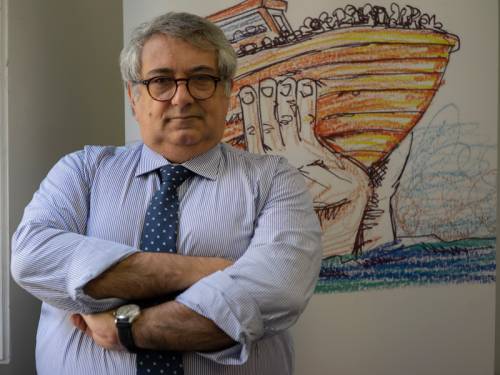 LOUISVILLE — The Office of Public Witness, Presbyterian Disaster Assistance and Presbyterian World Mission will offer a webinar on the migration crisis in Southern Europe from noon through 1:30 p.m. Eastern Time on Tuesday, Jan. 19.

During the webinar, participants will learn how non-governmental organizations and churches in Southern Europe are working together to welcome refugees facing xenophobia and racism. They’ll also learn about new life-saving efforts such as humanitarian corridors, which can save many lives now lost in the Mediterranean Sea.

Parallels will be drawn between the migration issues facing Europe and the United States. Suggestions will be offered on how churches and other faith organizations can be prophetic voices to promote migrant and racial justice.

The Mediterranean is the crossroads for those fleeing from Africa, Asia, the Middle East, and Europe and continues to struggle with tragic loss of life for those who risk everything to find safety and security. As the migration crisis persists in Southern Europe, Presbyterian Church (U.S.A.) partners on the ground provide welcome and advocate for justice for those who are fleeing their homes due to wars, political repression, economic injustice and poverty.

Speakers during the webinar will include Paolo Naso, a layperson in the Waldensian Church who teaches political science at La Sapienza University of Rome. He is the national coordinator of Mediterranean Hope-Refugee and Migrant Program of the Federation of Protestant Churches in Italy. He chairs the Council for Relation with Islam of the Ministry of Interior. A prolific author, his next book will be a biography of the Rev. Dr. Martin Luther King Jr, to be published by Laterza, one of the oldest and most recognized publishers in Italy.

The Federation of Protestant Churches in Italy (FCEI) launched Mediterranean Hope-Refugee and Migrant Program in 2014. Its founding is the Christian response to the migration crisis that occurred following the shipwreck on Oct. 3, 2013, when 368 people died a few miles off the coast of Lampedusa, a little island in the heart of the Mediterranean.

Also speaking will be Ibrahim Diabate, who was born on the Ivory Coast. He is a former day laborer who, thanks to a scholarship, has become an intercultural and language mediator and legal operative on behalf of migrants. For the past two years, he has been on Mediterranean Hope’s staff.

The final speaker will be human rights activist Efi Latsoudi, one of the founders of Lesvos Solidarity, a grassroots organization based on Lesvos Island in Greece. Lesvos Solidarity runs educational, psychosocial, and medical programs for refugees and has a strong advocacy program for refugees’ rights. Latsoudi is the founder of the open refugee camp Pikpa, an autonomous and self-run camp for vulnerable refugees on Lesvos, which was forcibly closed by the Greek authorities in October 2020. For her work in supporting refugees, she was awarded the Nansen Refugee Award in 2016.

Pikpa is a small sanctuary-camp for refugees within the boundaries of the town of Mytilini that served the most vulnerable who have experienced trauma in the Moria Camp or on the journey to Greece. It was the first open refugee camp in Greece and was intended as a political statement against the detention of refugees and migrants in Greece and a plea for inclusion and integration of refugees in local society. The camp was operated by Greeks who live and work in Mytilini, which allowed them to be quick and flexible in responding the ever-changing needs of those journeying to Lesvos. It was closed by the Greek government last year on October 30.