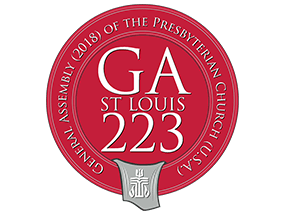 LOUISVILLE — Following a series of comments approved by the Presbyterian Mission Agency Board (PMAB) in response to the report and recommendations of the Way Forward Commission (WFC) and all Agency Review Committee (AARC), the two Assembly-created groups have concurred in a response that provides further rationale for their original recommendations.

Meeting in special sessions April 30 and May 1, the groups voiced objections to, and gave clarification for, the comments approved by the PMAB at its meeting last week. The PMAB comments resulted from work done by the PMAB Governance Task Force and others in suggesting the WFC/AARC recommendations missed the mark in several areas, including the power, scope and leadership of the A Corp, the corporate entity of the Presbyterian Church (U.S.A.)

Section one of the response details the groups’ rationale for reforming the board of the A Corp and separating A Corp control and Mission Agency oversight.

The board of the A Corp currently is comprised exclusively of PMAB members. The joint WFC/AARC recommendation asks that other agencies with a stake in the work of the A Corp be assigned board seats – specifically the Office of the General Assembly, the Presbyterian Investment and Loan Program, Presbyterian Publishing Corporation and the Presbyterian Foundation, along with affiliated organization Presbyterian Women.

The PMAB’s response to this recommendation was a counter-proposal to create separate corporations for PMA and the Office of the General Assembly. The Committee on the Office of the General Assembly (COGA) and the response of the WFC/AARC contend that the proposal to create these separate corporations was done without consulting COGA or other interested parties.

Saying that the PMAB is focused on corporate matters rather than the mission of the denomination, the response says this, along with other issues, are remnants of “weaknesses” outlined by a 2016 review of the Presbyterian Mission Agency Board.

“Both the WFC and AARC have observed that one of the sources of these significant weaknesses is a board that is not effective at handling corporate governance functions and that focuses far more of its energy on corporate matters than on implementing the mission direction of the church and assisting the General Assembly in determining what mission directions are now needed in our changing world,” the report says.

To this end, rather than creating new corporate entities for the PMA and OGA, the response affirmed its commitment to change the structure of the A Corp board of directors, “in the belief that to change the focus of our national church, and particularly the PMAB, we must change its culture.”

Among other concerns about the policy and polity ramifications of the PMAB’s proposal, the response goes on to say a new corporation with exclusive control by the PMAB “would take the church in the opposite direction from what the 2016 review and our committees’ work have concluded is needed… The separate incorporation proposal does not free the PMAB to focus on mission, but rather would perpetuate those issues of control and accountability.”

Section two of the groups’ comments asks General Assembly 223 (2018) to approved item 03-06, a recommendation that the General Assembly Committee on Representation (GACOR) be restored to its full contingency of 16 persons.

In section three of the comments approved by the WFC/AARC, the groups concurred with the overall direction of the Mission Work Plan approved by the PMAB while saying “the document contains no plan for addressing [the] issues” of congregational vitality, poverty and structural racism/white supremacy outlined as priorities for the agency.

During its discussion on the section, Jim Wilson of the AARC said, “[The mission priorities] are so high level, it seems consistent with our underlying concerns about accountability at the PMA. I don’t see how these move forward, in any way, accountability.”

“It’s indicative of our concern with the PMAB; they are so caught up in running the corporation that they don’t work on mission,” added Deborah Block, moderator of the AARC.

Saying that without specifics, “it is unclear how the PMAB will develop a detailed budget to address these issues in a manner accountable to the General Assembly or how future General Assemblies will have useful measures for determining whether the PMAB has accomplished this plan,” the comment outlines a proposal for accountability to fully develop goals and report on their progress, asking the PMAB to produce such a detailed work plan within 90 days of the close of General Assembly 223.

The comments conclude: “In addition, the WFC, with the concurrence of the AARC, recommends that the General Assembly direct the PMAB to report a detailed work plan to the 224th General Assembly (2020), containing not just mission emphases, but specific and measurable steps as part of an action plan to be taken to accomplish those emphases.”

The AARC is planning a set of minor additions to section three of the linked document above and this article will be updated when the revised response is made available.