The Rev. Stuart Taylor tells Matthew 25 course participants what he’s learned about caring for the watershed he calls home

LOUISVILLE — The four-week “Civil Initiative and the Engaged Church” Matthew 25 course continued Monday with the advocacy work of the Rev. Stuart Taylor, who in 2014 founded Watershed Now in western North Carolina out of a deep love for waterways and for hiking, loves he’s nurtured since childhood.

Taylor said he grew up in the western part of the Tar Heel State hiking alongside creeks and rivers. He then developed an even deeper appreciation for water when he began serving churches and ministries in the Tucson, Arizona area.

“It was a hiker’s paradise, but I learned to take the desert very seriously and carry lots of water,” he said to about 55 people taking the course offered by Rick Ufford-Chase, co-director of Stony Point Center, and the Rev. Paul Roberts, president of Johnson C. Smith Theological Seminary.

Taylor recalled attending a conference where he heard from Jackie King, the water minister in the government of Nelson Mandela, the former president of South Africa. King advocated three water rights: first to the river itself, second for the needs of the people and third for the needs of corporations and agriculture.

When he moved back to North Carolina, “I was blessed to be back in a state with an abundance of water,” he said. He calls his “ecological address” the Yadkin River, the state’s second-largest watershed. Within that is the Big Elkin Creek watershed, which encompasses his community, Elkin, and its 5,000 residents.

It was upon his return to North Carolina that he reconnected with theologian Ched Myers, who reminded Taylor and others attending a talk that our Christian identity is awash with the sacred water of our baptism. “It opened my eyes,” Taylor said, “to my sense of identity as a follower of Jesus.”

One would rightfully call Big Elkin Creek a creek. “But it’s our lifeblood. That creek flows through all of us,” Taylor said, “and yet we take it very much for granted.”

When his community constructed a trail to the Blue Ridge Mountains, many more people started hiking along Big Elkin Creek. The town secured a grant to study Big Elkin Creek’s health and “discovered it was compromised,” Taylor said. “We began to work on that, and the trail association became our parent.” 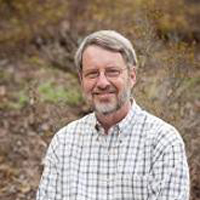 Watershed Now started slowly, implementing teaching events like Creek Week and kayaking opportunities. Taylor would take his youth group to Big Elkin Creek where he’d read them biblical passages about water, from the Creation narratives to the river of the water of life described in Revelation 22.

The watershed is within North Carolina wine country. When a hurricane damaged two creek beds, Watershed Now partnered with a local winery to hold an open-air fundraiser to pay for the restoration of the creek beds. “They provided the wine and pizza, and we provided the musicians,” Taylor said. “I’ll never forget the harvest moon rising over the vineyards, the music and the assembly that raised thousands of dollars to bring about the stream repair we needed to do.”

But much of the work is more mundane than sublime. A Watershed Now board member now sits on the sewer authority board. The organization procured a $20,000 grant to map stormwater runoff and is now in position to seek larger grants “to do something about the runoff,” he said.

Watershed Now works with landowners and farmers through a partner organization, the Friends of Big Elkin Creek, a “trust-building exercise” that Taylor said can be as simple and direct as taking a tobacco farmer to lunch to discuss resources available to him to reduce the amount of runoff from his fields. Ten farmers have joined to pledge $1 million in stream restoration on their properties, he said.

When the Piedmont Land Conservancy approached Watershed Now about accepting ownership of 300 acres in the watershed, including its headwaters high in the mountains, “we weren’t set up to take land,” Taylor explained. But when Watershed Now approached town officials about the offer, town commissioners “were keenly aware of how important it is, even though the headwaters are 25 miles away.” The city accepted the gift and is now extending its trail system up into the mountains.

The culmination, he said, has been working with students at the Wake Forest University School of Divinity, where students planned and led a 2019 worship service concert called “River of God” and held in a renovated downtown theater in Elkin. “They enacted this biblical drama with singing, litany and a band,” Taylor said. The community had been issued a tornado warning that evening. “I thought we were sunk and that nobody would come out,” Taylor said. “But the place was packed.”

Taylor fielded questions following his talk. When Watershed Now was first getting its legs, he said members were encouraged to “go in whatever direction they wanted to go.” Some were technical people, and others were artists and musicians. Eventually the organization formed a board and reached out to schools, the arts community, farmers and landowners, and others. “It’s been a wide community-based thing,” Taylor said.

“For most of us,” he said in response to another question, “the primary response to the climate crisis has to be local, where we build the resilience of the local watershed to withstand the impacts of climate change.”

“We don’t have to convince everybody,” he said. But “people are walking up and down the creek now, and more and more people are coming to know the creek and to love it.”

He said his small-town venue has altered the political approach he’s taken. “My own politics have been more confrontational,” he said. “In a small town, you need to approach things in a neighborly way.”

The work, he said, has not been limited by “a narrow environmental agenda.”

“It’s about the history and trauma on the land,” he said. A century ago and more, a number of lynchings took place there. “That trauma still reverberates in this watershed,” he said. Taylor has been involved in erecting memorials to two of the victims and he helped hold memorial services to honor their memory.

“That history needs to be mourned, lifted up and healed,” he said. “That’s part of being rooted in the watershed.”