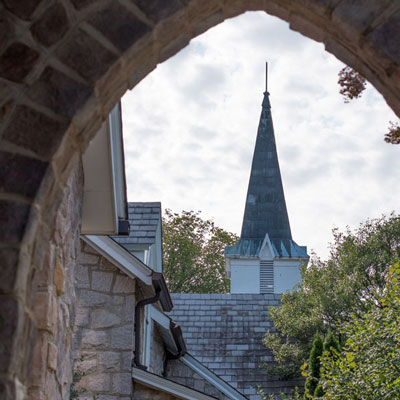 CINCINNATI — Three leaders from Falls Church Presbyterian Church in Virginia subtitled the NEXT Church national gathering workshop they offered on Tuesday “Practical Principles for Elder-Led Congregational Change,” and they delivered as advertised.

The three — ruling elders Jenny Lansbury and Kerry Searle Grannis and the Rev. Diane Walton Hendricks, the church’s pastor for spiritual growth — said the session, “nudged by the Spirit out of our comfort zone,” began looking at elder-led congregational change a decade ago.

“We don’t know how it ends yet,” Grannis said. “We are definitely still in progress. We have the sinking suspicion there is no end, that we just keep on going. We go a little further outside our comfort zone each day.”

Lansbury said when the process began in earnest, “we were neither pastor- nor elder-led. To be honest, nobody was really making decisions. We weren’t really willing to let the pastor be in charge, and we weren’t willing as a session to take on the leadership role. It was the worst of both worlds.”

The three asked workshop participants to silently answer questions about the health of their own session: When there is silence, is it comfortable or uncomfortable? What is the energy after the session meeting? What about the nominating committee — is it on autopilot, “just looking for the willing” to serve a term as ruling elder or deacon? 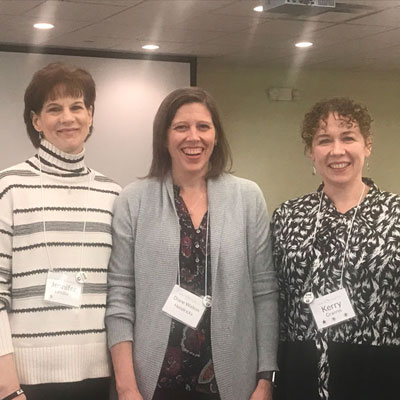 These champions of congregational change — Jenny Lansbury, the Rev. Diane Walton Hendricks and Kerry Searle Grannis — offered a workshop Tuesday at the NEXT Church national gathering. (Photo by Mike Ferguson)

The Rev. Jessica Tate, NEXT Church’s executive director, led a session retreat for the church a few years back. “After that,” Grannis said, “we formed an ad hoc group to give more intention on how we would be together. We tried to name what wasn’t working and think intentionally about how to fix those things. Being aware of divisions and talking about them was an important step.”

She said the church’s nominating committee changed its process for delivering the names each year for the congregation to vote on, “and over time the composition of the session began to change.”

During session meetings, a cross is passed among the circle of ruling elders. The person with the cross is responsible for praying for the session as long as the cross is in that elder’s possession. Elders were “uncomfortable with these kinds of changes in the beginning,” Grannis said, “but we have gotten used to them.”

“This is what makes us a uniquely Christian organization and not a board of directors,” she said. “We try to balance working and resting in the patterns of our meetings.”

Real change began about four years ago, when church members were given the Congregation Assessment Tool. That tool, endorsed by National Capital Presbytery, “provides external validation of who a congregation is,” according to the three women, “drivers, strengths, weaknesses, values and willingness to change.”

Some results were affirming, Hendricks said, including members input on the church’s education program and its weekly worship. But “some things didn’t look very pretty,” she said, and “some people fixated on what we weren’t doing well” in the same manner that teenagers sometimes fixate on a pimple on their nose.

“It was time to do some holy imagining,” Lansbury said. “We were tempted as a session to do this on our own, but we pushed ourselves to do it as a congregation.” The church formed what leaders called Renew groups — small groups that met monthly in members’ homes for six months. Renew groups used a common liturgy and agenda as they discussed the vision for where they wanted their church to head. The session condensed what elders heard from the groups into a one-page summary, which they shared with the congregation. Often the same or similar items were on the list from multiple Renew groups. “That uniformity,” Lansbury said, “allowed us to trust the Spirit was at work.”

Elders again retreated in 2017. After that they developed a missional mandate, which “not everybody likes,” Grannis said, “but we still believe is faithful.”

The final step, according to Hendricks, who’s served the church for 15 years, was to say, “if we were starting a new church, what would that church look like?” The session shrank the church’s committee structure from 13 committees to six: Spiritual Growth, Mercy, Justice, Community Building, Worship, and Ministry Support.

“We also reclaimed the leadership of deacons,” she said. “They are the kind-hearted doers who do what nobody else wants to do. We invited them to leadership, side by side.”

Church leaders also brought in outside coaches “to train our team leaders to have common language and structure,” she said. The coaches also brought “some good evaluations we could lean into.”

Among the lessons learned along the way are these, according to the three leaders:

“Some of us were frustrated with how slow things were going,” Hendricks said. “Others said we were moving way too fast.”

Oh — and come up with a catchy title for your newsletter. Falls Church Presbyterian Church calls its monthly publication the “Renewsletter.”