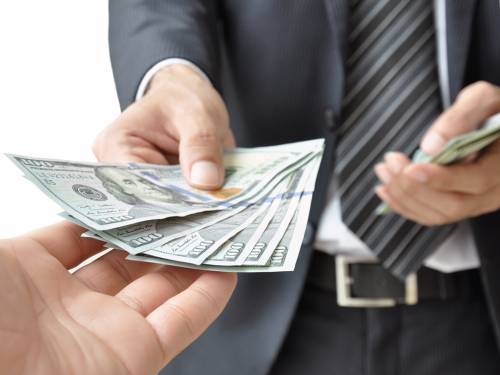 LOUISVILLE – A decision by the U.S. House of Representatives to roll back a signature bi-partisan anti-corruption law has Presbyterians and other ecumenical groups concerned about the impact on poverty-stricken countries. Under the anti-corruption rule known as “Section 1504,” or the “Cardin-Lugar Anti-Corruption Provision,” oil and mining companies would be required to publish the payments they make to governments around the world.

Supporters say the measure would ensure that people in affected countries such as Nigeria, Angola, Equatorial Guinea and more, could track where the money goes and make both government and the resource-extraction companies accountable.

Last June, the Securities Exchange Commission published a final version of the rule, set to go into effect in 2018. With the House decision yesterday and the anticipated support by the Senate, the measure is expected to be dropped.

“The Presbyterian Church was at the forefront to get this law adopted in 2010. More than 70 presbyteries across the country were involved and understood the moral importance of the provision,” said Rebecca Barnes, coordinator for the Presbyterian Hunger Program. “The PC(USA) believes redirecting millions of dollars through transparency efforts will improve life for the poorest through infrastructure, healthcare, education and other social services.”

The presbyteries involved had worked on the provision at the request of RELUFA, a national network of Cameroonian ecumenical and secular non-profit organizations and religious groups. Many of the groups are involved in hunger, poverty and environmental issues.

“As citizens, we can see the amounts of money that the government of Cameroon receives from oil, gas and mining companies. For more than three decades, we had no way of knowing how much the country was making from the exploitation of our natural resources and how the money was spent,” said Jeff Bamenjo, RELUFA coordinator. “In a country plagued by corruption, where oil alone represents about 25 percent of the national budget, we are now able to demand better social services from the government. Repealing the law will send us back into the dark and that is very regrettable.”

Efforts to overturn the legislation comes on the heels of former Exxon Mobil CEO Rex Tillerson’s confirmation as nominee for Secretary of State. Tillerson had lobbied against the measure while still with Exxon.

The 218 General Assembly voted to support the campaign for transparency in extractive industry, believing it would give people a voice in determining their future. Presbyterians were encouraged that the money would have gone toward schools, roads, hospitals and other measures to fight poverty.

Today, major developed nations, including the U.S., European Union, Canada and Norway, have rules that require their companies operating abroad to disclose payments made through taxes, royalties, contract fees and all other payments for infrastructure and social development to host governments. The global effort was initiated by the U.S. through the Dodd Frank Act in 2010 and subsequent regulations by the Securities and Exchange Commission (SEC) through the Cardin-Lugar Transparency Rule in 2016.

“A vote against the provision is a vote for corruption. This is more than just a threat to economic growth and the protection of human rights,” said Jana Morgan, director of Publish What You Pay U.S. “It threatens U.S. national security by fueling and funding terrorism and driving conflict globally. Payment transparency helps prevent corruption, secrecy and government abuse that has caused conflict, instability and the growth of violent extremism. The U.S. should not weaken its position as a leader in combatting corruption.”