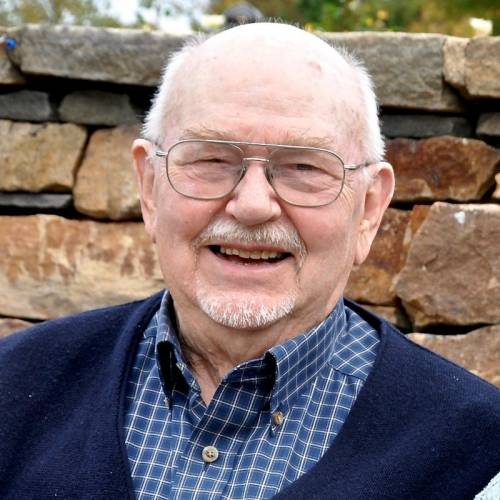 An ordained minister, seminary professor and church historian, his ministry took him all over the country and around the world.

A memorial service is planned for 4 p.m. Feb. 1 at Westminster Canterbury, 1600 Westbrook Ave., Richmond, Va., where he was a resident.

James Hutchinson Smylie was born Oc. 20, 1925 in Huntington, West Virginia, into a family of clergy and teachers. He earned degrees from Washington University and Princeton Theological Seminary and was an assistant pastor at First Presbyterian Church in St. Louis in 1951 when he met and married Elizabeth Roblee Smylie. He returned to Princeton Seminary to complete his Ph.D. degree and began teaching.

In 1962, he took a faculty position in American Church History at Union Theological Seminary, now Union Presbyterian Seminary. He retired as professor emeritus in 1996.

A sought-after preacher and speaker, Smylie lectured across the country and in Canada, South Korea, the British Isles, the Middle East and China — as well as the Library of Congress.

His published works focused on the U.S. Constitution, political humor, hymnody, art, literature and civil rights. Among his publications are the popular “A Brief History of the Presbyterians” (1996) and a series of historical articles published by Presbyterian Outlook in 1998. The editor of the Journal of Presbyterian History and the secretary of the American Society of Church History for nearly three decades, Smylie engaged in peacemaking and social justice causes throughout his life.

He was active at Ginter Park Presbyterian Church, where he sang in the choir and taught Sunday school. At Westminster Canterbury, he led weekly current events discussions and administered communion to residents in health care. Friends described him as “a man of good humor and cheer” who was also “a prolific doodler and bad punster. He was a loving husband and father, and a friend to all.”

He is survived by his wife of 67 years, Elizabeth, and their three children, Mark Andrew Smylie of Oak Park, Ill., Margaret Elizabeth (Beth) Puckett of Williamsburg, Va., and Mary Catherine (Cathy) McGehee of Richmond, Va., and their spouses. He had nine grandchildren and six great-grandchildren. He was predeceased by three brothers, Theodore, John and Robert Smylie.

In lieu of flowers, the family asks that donations be made to The Westminster Canterbury Foundation or to The James and Elizabeth Smylie Award in American Religious History at Union Presbyterian Seminary. Please specify the gift is being made in memory of James Smylie.