Minnesota congregation will spend Ash Wednesday praying for the people of Ukraine and elsewhere, inviting churches around the country to do likewise 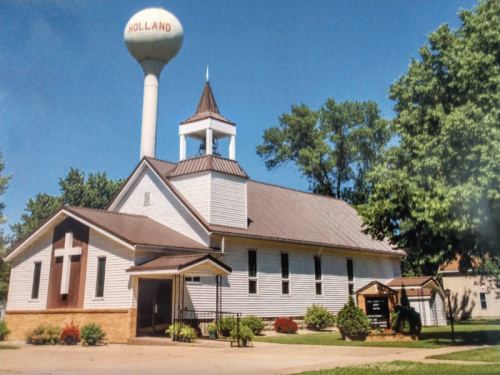 LOUISVILLE — First Presbyterian Church of Holland, Minnesota, will gather for worship on Ash Wednesday. But the service will be nontraditional, and the faithful there are asking Presbyterians across the country to devote some time at the beginning of Lent to do likewise, whether they’re worshiping in person or online.

Prayers that spring from this community of faith about an hour northeast of Sioux Falls, South Dakota, will be centered on peace in Ukraine and around the world. The Rev. Lynne Matthews, the pastor at First Church for the past 12 years, said that if the prayers on Wednesday take the form they have in the past, they’ll go something like this: “When human efforts have failed to take care of our situations … we pray that military leaders and our government will have wisdom, which we believe comes from God, whose hand inspires people.”

“I think it’s a unifying message,” said Kathy Terpstra, gap executive for the Presbytery of Minnesota Valleys, where First Presbyterian Church is located. “We are a pretty purple presbytery, but this is something we can all agree on — that we don’t want war.”

First Presbyterian Church has a history of ardent prayer, according to Matthews. A few years ago, the Holland area was suffering through a severe drought that threatened farmers’ crops.

“We decided to put out a call to all the churches to gather here or at their own church and pray,” Matthews said. “It didn’t rain that day, but it did a week later, and the crops were saved. That fed our faith a little bit.” 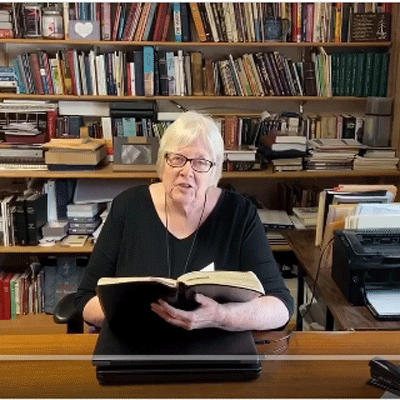 While talking with some church members recently, “we decided now there is a worldwide drought of a lot of things,” including restraint on the part of Russia, good health in the grips of the pandemic, honesty in government and “so many things that are heavy in our hearts.”

Ash Wednesday launches Lent, and Lent is “a time of repentance and prayer and learning to trust God a little more,” Matthews said. “We are hoping throughout the whole world that people will repent and God will do a work.”

“We aren’t trying to tell God what to do,” Matthews added. “But maybe this will be a launching pad for our faith.”

Matthews has strong feelings about the power of prayer, “partly because of the answer when we got the rain,” she said, adding she draws scriptural assurance from places including James 5.

“I really feel like God is saying to God’s people, ‘Trust me and let me be part of this — but you be a part of it too.’”

Matthews isn’t sure if Wednesday’s service will last for five minutes or an hour.

“We have people who love to pray,” she said of the congregation that numbers less than 100, with 40 or 50 attending in-person worship each Sunday. “When everyone is done, we’ll dismiss and go.”

“There are no bosses in this ministry,” Matthews said. “Everybody in this congregation works together well, according to the gifts and talents that God has given. I’m thankful.”

Matthews and her husband, the Rev. Kendrick Matthews, came to Holland in 2010. When Kendrick died three years ago, “they asked if I would stay,” she said. “I am 69 years old. I can’t go to the front and fight the battle [in Ukraine]. But there is a spiritual battle we are called to fight.”

In addition to prayer, another endeavor the congregation does well is to partner with another church in town, the Holland Christian Reformed Church, to put on a Vacation Bible School that attracts around 100 children in a town of 187 people. 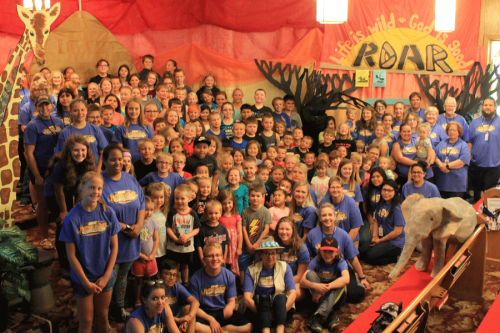 “It’s crazy but it’s fun,” Matthews said. “I was at a doctor’s appointment a few days ago and the nurse said, ‘Do you remember me?’ I kind of did. She said, ‘I used to go to VBS, and by the way my little boy will be coming this year.’” The nurse lives in Pipestone, Minnesota, about 10 miles southwest of Holland.

“That’s our biggest thing,” Matthews said. “We are also big on mission giving.”

Matthews said she’s clear on what our role is when it comes to offering God our earnest prayer.

“If we don’t pray and it gets worse, maybe it’s God’s will. But maybe it’s partly our fault,” she said. “I really think God is calling us to pray. Let’s ask God’s forgiveness for our personal sins and for the sins of the world — Russian aggression, the COVID pandemic, economic chaos, corruption in government. All these things will not stop by only human effort, but through prayer and God’s gracious intervention … Won’t that be a marvelous testimony of Christ’s power? For his glory!”

“Let us all pray for peace and a resolution to conflict that is threatening our world,” said Terpstra, the presbytery executive. “Let’s see how many prayers we can send to God.”