Make A Donation Click Here >
Home › The Stated Clerk, a traffic stop, a young teacher and her elderly students 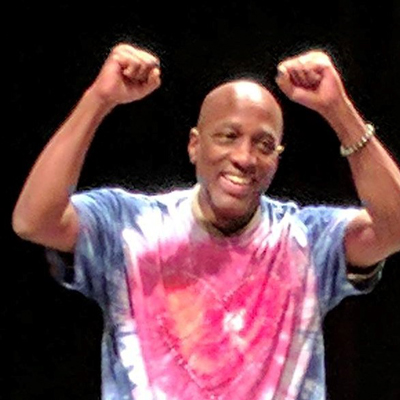 LOUISVILLE — The return of the Rev. Dr. J. Herbert Nelson, II to Synod School Thursday was powerful and poignant.

The Stated Clerk of the General Assembly of the Presbyterian Church (U.S.A.) last spoke to Synod School, held online this week by the Synod of Lakes and Prairies, in July 2017. Via Zoom and Facebook Live on Thursday, Nelson relayed this account of what happened to him one evening driving back to the campus of Buena Vista University in Storm Lake, Iowa, Synod School’s regular home, after having a fish sandwich at a local restaurant:

Driving in his rental car, Nelson was pulled over by officers about a block from campus. “It wasn’t the first time,” said the denomination’s top ecclesial officer, who before being elected Stated Clerk in 2016 headed the PC(USA)’s Washington office and served congregations as their pastor, as had his father and grandfather before him. “I had relaxed for a moment. I was in a town where I felt relatively safe.”

Officers told him he’d crossed a dividing line in the road and was weaving back and forth. Nelson said he saw no line on the roadway. Officers asked Nelson what he did for a living, where he was headed, which airport had the rental car come from. He showed them his driver’s license and answered their questions.

“The two of them were interrogating me subtly,” he said. “I wasn’t smart with them. I was on a street that didn’t have any lights, and I was one of the few African Americans I had seen in that city.” Eventually officers said he could return to campus.

He said he hadn’t planned to talk about his experience. But the next day during his address to nearly 700 Synod School attendees, “somehow in the middle of my speech, it really did jump out of my mouth and my spirit. I felt like I needed to say something.”

When he did, a hush came over the crowd, he said. Later, the college president came by to express concern. “Others came and embraced me. We all shared this pain together,” Nelson said. “It was heartbreaking to some, because they saw it as a safe place.”

“We have to know the code, know the discipline, and know how to react and respond” to such police stops, Nelson said. “Even when we are in the right, even when we are in high places, the power is not in our hands. It is in the hands of those carrying guns, and a system that supports that kind of behavior.”

When he asked for the officers’ body camera footage, Nelson was told the two officers were now on vacation. The footage wouldn’t be available until they returned.

“I have never heard before, or since, that (officers) take body camera footage wherever they go on vacation,” Nelson said.

“We are in turbulent times. I wish I had better news,” the Stated Clerk said. “If the Christian church does not get involved, it will get worse than we have ever seen.” 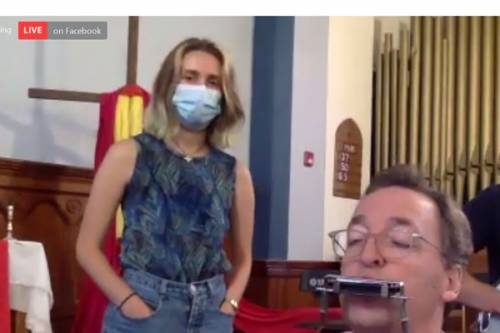 Nelson also touched on a 2017 Synod School sighting that gave him hope.

He said he spotted and later spoke with a woman in her 20s who was teaching a classroom full of older adults. Nelson was intrigued: What was she teaching them?

It turned out many of those students had a grandchild who was gay or lesbian or transgender. “They were there because they love their grandchildren” and “they were trying to figure out how to love them past what their standards used to be, to learn to love them where they were,” he said. Forget all the terms and all the academic work they were trying to put in during their class time at Synod School, Nelson said. “It was just, sit down. That’s your grandchild. You have to love them even though you don’t understand them.”

“I am convinced they never stopped the quest that started that week in Synod School,” he said. “That is the challenge of humanity, and it’s what (U.S. Rep.) John Lewis continued to say throughout his life. You have to learn to love the one who God created — and love conquers all.”

“You are never too old, and never too young,” he said. “The difference making has to be built into the heart of the spirit of those who know the Lord … Will our life mean anything if we live our life counting what we have and don’t share with others to make their life better? What happens when we stay in our corner of the world with our friends and never explore the depths of people’s hearts and minds who may have less than us but are clear that the Lord has brought them a mighty long way?”

“I thank you for having me again,” he said. “I pray Godspeed on this particular gathering, even this virtual gathering, that has never forgotten that Synod School is a great place to be in our denomination. Thanks be to God!”