For decades he served Latin America ‘with courage and humbleness’ 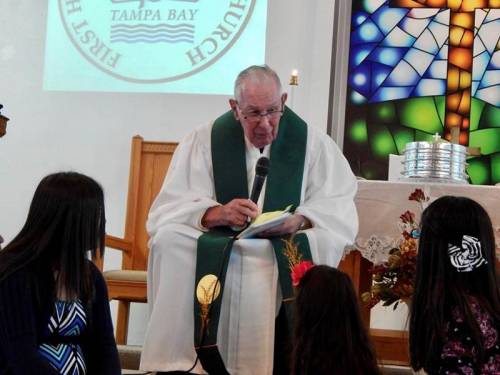 The Rev. John Sinclair was a Presbyterian pastor for more than 70 years. (Contributed photo)

LOUISVILLE — The Rev. John Henderson Sinclair, 96, a Presbyterian Church (U.S.A.) pastor for more than 70 years and an ardent advocate for peace and social justice, died in Tampa, Florida, on Jan. 2.

His father was a Scottish pastor from Wick, a town in the far north of Scotland, and his mother was from Glasgow. Both became missionaries to the United States.

Their son attended Baker University from 1941 to 1944 and Temple University’s Graduate School of Education from 1947 to 1948. He received his B.D. from Princeton Theological Seminary in 1947 and his M. Th., also from Princeton Theological Seminary, in 1953. He was ordained by the Presbytery of Topeka in Kansas on May 26, 1947. He also served as the United Presbyterian Church in the United States of America regional secretary for Latin America from 1960-1973. 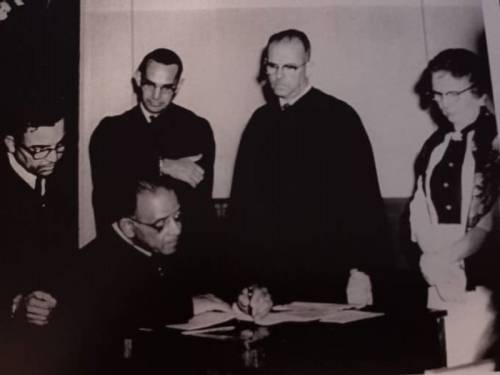 Sinclair’s years as regional secretary coincided with the historic transition for the U.S. church from administering missions throughout the world to accompanying the birthing of autonomous partner churches led by national leaders. A skilled diplomat, his years of mission service in Chile and Venezuela helped equip him to encourage the emergence of national leaders committed to building national churches deeply rooted in each individual context.

Born in 1924 in Belen, New Mexico, Sinclair served pastorates in many locations including Pennsylvania, New York, New Jersey, Minnesota, Venezuela, and Chile. He was an overseas missionary, mission board secretary for Latin America, associate executive of the Synod of Lakes and Prairies, and a member of the Presbyterian Historical Society board. Sinclair retired at 63 but continued a career of counseling, teaching, research and volunteer work.

In his later years he was a prolific author. His biography of John Mackay, president of Princeton Theological Seminary from 1936-59, was translated into Spanish and was well received in both languages. He also published “Ramon, Maria and their Neighbors: Stories from Rural Venezuela in the 1950s,” in 2012.

He is survived by three sons, David, Paul and John Mark, as well as numerous grandchildren, nieces and nephews. His wife of 70 years, Maxine, preceded him in death. He was described by his family as a “Eagle Scout, peace and justice advocate, musician, world traveler, author, historian, avid reader, outdoorsman and devoted family man.”

“His ministry touched the lives of many in Chile, Cuba, and in Venezuela, where he assisted with the integration of the Presbyterian Church of Venezuela and Presbyterian Mission,” said the Rev. Dr. Valdir  França, World Mission’s coordinator for Latin America and the Caribbean.  “As we experience the departure of those who faithfully served before us, like ‘David had served God’s purpose in his own generation, he fell asleep; he was buried …’ (Acts 13:36), we inherited the legacy of Rev. Sinclair to continue to serve our own generation, inspired by the courage and humbleness of people like him.”

No memorial service is planned during the pandemic. His ashes will be interred at the Columbariam at Westminster Presbyterian Church in Minneapolis, Minnesota.

In lieu of flowers, remembrances can be sent to the Sinclair Memorial at First Hispanic Presbyterian Church, 8434 Pebble Circle, Tampa, FL, 33615. 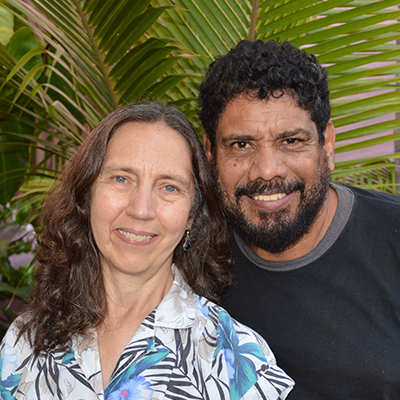